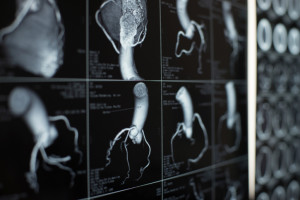 There’s nothing like a ‘running is bad for you and may even kill you’ headline to draw a runner’s attention.

Despite having not been published or scrutinized by the academic community, The Wall Street Journal has (yet again) written a story presenting the supposed risks of endurance exercise for your cardiac health.

RELATED: Why does the Wall Street Journal hate running?

The new study which was presented at a conference but has yet to be published found an association between endurance exercise and a greater incidence of coronary artery calcium, which can contribute to forming plaques which can lead to atherosclerosis.

Researchers recruited 169 competitive endurance athletes and compared them to a control group of 171 relatively sedentary subjects.

The study also found a link between calcium levels and exercise intensity in that the slowest athletes showed the lowest levels of coronary calcium while the fastest men had significantly higher levels.

A silver lining of the study was that the composition of the plaques examined in the athletes appeared to be more calcified (“dense”) which are also less likely to rupture and cause heart attacks when compared to softer ones.

RELATED: Authors soften stance on “too much” exercise study

If the findings of the study are taken at face value (which they shouldn’t be until they are more thoroughly scrutinized), they do suggest that there may come a point when sufficiently high or intense forms of endurance exercise stops being beneficial and may in fact start to cause harm. This should not be surprising or even particularly alarming.

Few individuals fall into this category (of “excessive” exercisers) and fewer still are likely to ever present with the conditions and diseases that such risk factors are associated with.

More relevant perhaps is that those who do run “too much” are likely doing so for reasons others than optimal heart health or prolonged longevity. Whether for personal satisfaction, improved performance or social status, endurance exercise has the capacity to provide important psychological and social benefits unrelated to physiological health outcomes. Ultimately, the quality of one’s life should not be correlated with the quantity of one’s exercise habits.