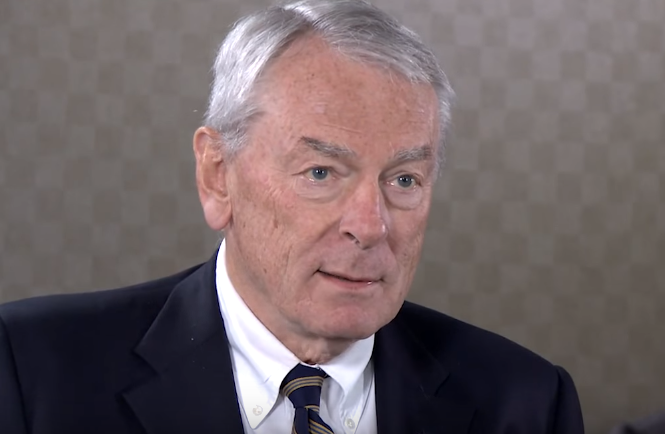 This morning WADA released the second part of its investigation in the IAAF and Russian doping scandal. The conclusions: the IAAF is a product of an organizational failure; Seb Coe should continue to lead it; it’s up to Russia to get in shape for Rio; East Africa and other countries under suspicion have not been investigated but were briefly discussed in the media Q&A.

Leader of the report, Canadian Dick Pound, former president of WADA, held the press conference where he expanded on the findings. The first part of the report was released in November.

Today’s findings mainly focused on the role of the IAAF in the doping scandal which has plagued the world of athletics since the release of a documentary detailing corruption in Russian athletics in December 2014.

Pound took the stage today and started off by praising the IAAF in their use of the biological passport to combat doping. He added that the database obtained by the German television channel ARD and Britain’s Sunday Times to expose dopers could not have been done without the IAAF’s system.

He says that the prime failure from the IAAF was their inability to establish proper governance within their administration and that dopers making their way into international athletics competitions is resultant of an “organizational failure” of the IAAF.

“Our observation was limited to the fact that [the IAAF] must have known and didn’t have the governance structure to rise to the top,” he said. As far as testing goes, Pound said that the IAAF did its job.

“The IAAF was suitably reactive to atypical results in the time period in question,” said Pound. He added that the commission does not share the views expressed that the IAAF was inadequate in response to blood doping.

News of IAAF corruption with former president Lamine Diack and his sons being involved in money laundering and accepting bribes to cover up doping has been released on an ongoing basis over the past several months and has led many to believe that the IAAF should be dismantled.

Today Pound says that that should not be the case. He did acknowledge that the IAAF must have known about the problem. Regardless, going forward, he says that IAAF president Seb Coe is still the best person to lead the organization.

“For Lord Coe to remain at the top is a fabulous opportunity for the IAAF to seize the opportunity and move forward. I can’t think of anyone better than Lord Coe to lead that,” he said.

That said, Pound did address the corruption going on within the sport’s governing body.

“Of course there was cover ups and delays and all sorts of things,” he says. “This started with the [then] president. It then went to the treasurer. It then went to the personal adviser,” referring to former IAAF head Lamine Diack and his inner circle of associates, who are now facing criminal charges in France.

From an organizational standpoint, Pound says that the IAAF is no worse than FIFA but going forward, he compares the situation to that of the IOC over a decade ago where the IOC recognized and accepted the failures and were able to move on.

“My assessment of Lord Coe is that if he knew corruption was going on, he would have done something about it,” said Pound. He believes that the IAAF will be able to fix its failures under the direction of Coe from this point on. He later explained this decision further: “I don’t want to lay the failure of an entire council and the lack of a proper governance process at the feet of one individual,” he said.

In regards to Russia, Pound’s assessment is that Russian athletics is going to have to principally be the one to change and the IAAF will have to see if they meet criteria. Will they be able to get in shape on time for Rio? That’s unclear.

“We set out the path for Russia to get back onside,” said Pound, stating that Russian athletics administrators were given a road map to get on track two months before the release of the first report in November.

“We thought at the time if they devoted themselves to it, there’s no reasons why they could not be in shape to be readmitted to the games in Rio,” said Pound. He does not have an answer about whether or not Russia is currently on track to represent in Rio.

“Culture changes take longer than six months but conduct changes can happen in that time,” said Pound when asked whether or not fans can expect clean competition at this year’s Olympics.

East Africa, Kenya and other countries of concern

Pound did include that one of his recommendations with countries of high risk would be a reverse onus– those countries would have to prove eligibility rather than the IAAF being tasked with proving the opposite.

Countries in East Africa as well as others under question were not mentioned in the report. When asked specifically about Kenya, Pound said that the commission was not authorized to conduct an investigation on the country’s athletes.

“We had not investigated Kenya. That was not part of our mandate. There may be some other independent commission that look at Kenya once the smoke clears. We’re not authorized to do that but there’s clearly a problem.”

As for specific athletes, disgraced Russian marathoner Lilya Shobukhova was mentioned, however there were no comments on athletes other than a vague allusion that others, perhaps also in Turkey, had been extorted by the IAAF in exchange for hiding their test results.