Today marks one full year since the Boston Marathon bombings shocked the entire world. Some 2,000 Canadian runners, as well as their families and friends, were present that day and in their own unique ways would be impacted forever.

I was one of them.

Last year, I ran the Boston Marathon for the first time. A day after the bombs went off, I wrote an emotional recap of my own personal experience. This year, on Monday, April 21, I’m going back to Boston to run the marathon again. I’m doing this for many reasons, but most of all, I’m going back to reclaim and recover the excitement and the celebrations that were taken from us last year. I’m going back to show the resilience of runners, and our support for the Boston community. We are now and forever Boston Strong.

Here, in part, and written a day after the bombs went off, my 2013 Boston experience and commemoration, “Tomorrow Never Knows”

Words cannot begin to express the series of emotions that I felt before, during, and certainly following the running of yesterday’s Boston Marathon. Even as I write this post, I’m struggling to comprehend the severity or significance of it all.

What should have been a celebration of accomplishment for 27,000 runners, their families and friends, and the entire Boston community, was tragically transformed by a most savage and senseless act. An act of needless violence that we still don’t seem to understand and certainly can’t explain.

The running, training, and racing that was supposed to be the reason for the day’s event soon became a matter of insignificance which paled in comparison to the things in life that truly matter.

My thoughts and sympathies go out to the individuals and families who were directly affected by the blasts that occurred at the finish line, to those who were in Boston for the marathon and the celebration of our sport — runners, supporters and spectators alike — and to all volunteers, organizers, medical staff and security staff involved in the planning and implementation of the race. Their preparation and dedication to their tasks certainly played a pivotal role in ensuring that things were not much worse than they were. They all did an amazing job and should be given the praise and appreciation they most definitely deserve.

We still don’t know enough to make informed opinions as to why and how this was able to occur. We’re left feeling both angry and unsure, wanting and needing to understand.

Given my location at the time of the events, I feel I am unable and unqualified to comment further, having not been anywhere near the finish. I was fortunate not to be directly affected by those terrible acts and, thankfully, nor were any of the people who were with me in Boston. I am eternally grateful that fate and chance meant that we were kept safe and secure.

Considering the lasting impact that these events will have on those affected, I do not feel entirely comfortable posting about my race or experience since it is of minimal significance in comparison. Still, all the time and energy that were spent in the preparation and training, as well as the excitement and eagerness to live out this experience, cannot and should not be entirely discounted. For the only way to allow acts of intimidation to be successful are if we let those who wish to strike fear and uncertainly into our hearts and minds distract us from the things in life that matter most to us.

Running the Boston Marathon yesterday was, in short,  absolutely the most incredible, most difficult and, in retrospect, the most rewarding experience I have ever had to date. From the build up of excitement over the past days and weeks, the eager nervousness on race morning while standing on the starting line, the incredibly naive and neurotic execution, the emotionally drained and angry finish, to the shocking and senseless aftermath. This was an experience I will always remember. 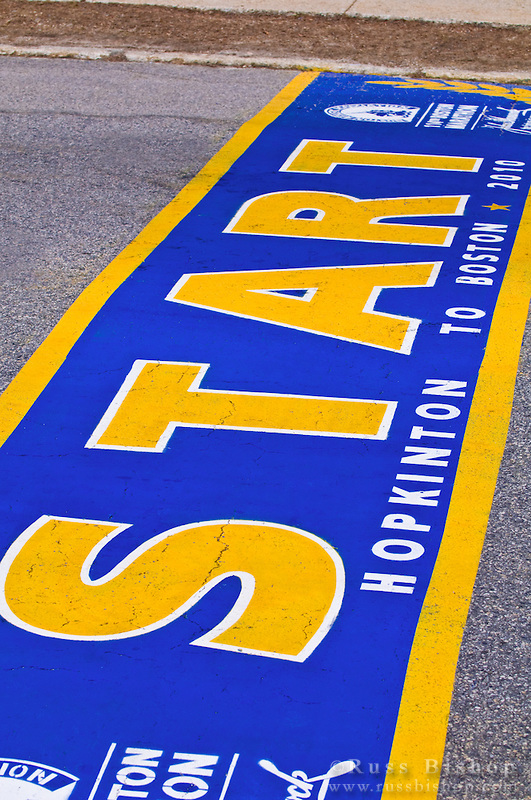 The Boston Marathon is special. It is among the oldest and, without a doubt, the most famous of all running races in North America, with this year being the 117th running. The race is special for many reasons, but many people agree that its history and tradition are what makes it so great. It is also one of few races where all runners must qualify in order to participate (with the exception of a few hundred charity and sponsored spots. These runners were unfortunately those most affected at the time of the explosions). Many runners deem Boston to be the pinnacle of recreational running success and the act of merely qualifying is a great accomplishment in and of itself. Running the race then becomes the ultimate celebration of that accomplishment. Perhaps more amazing than the act of running as a participant in the race, is the outstanding and endless support of hundreds of thousands of fans and supporters along the course. From the start in Hopkinton to the finish near Copley Square, the citizens of Boston and its surrounding areas come together to cheer, celebrate and congratulate all the race participants in the most amazing show of camaraderie and community that I have ever witnessed in any event, sporting or otherwise. Quite simply, the Boston Marathon is special.

Nothing then could have prepared me for what I was about to experience during that race. Believing I was more trained and physically fit that I have ever been in my life, I opted to take on a most ambitious plan of going for a personal best time on a course, which on appearance, could and should be favourably fast. But all the reading, the research and the real-life experience of others could not have convinced me that my plan was so ripe for failure, which it ultimately was.

For the first time in my life, in the midst of running a race, I actually came to a complete stop. With tears in my eyes, I painfully walked toward the closest barricade and was mere metres from quitting the race and walking off the course. And, if not for the women who was standing a few feet away and eagerly cheering, I would have quit and likely regretted it for the rest of my life. Instead, she said to me these simple words I will never forget: “You can’t quit now. You’ve come so far. Keep going.” I looked at her only briefly, cowardly, then looked away. At that point, another runner came running from behind and passed me. He too offered his own words of encouragement: “Keep it up buddy. Don’t stop.” I painfully began walking and then jogging again. I kept going and began to settle into the only pace my body would let me go. My mind remained in a very dark place and, sadly, I am unable to say that I was able to enjoy those final few miles and the incredible crowd support unlike anything I had ever seen or could have expected. I wish I could have gave them my thanks and my profound appreciation. I wish I could have enjoyed the energy they had for us. 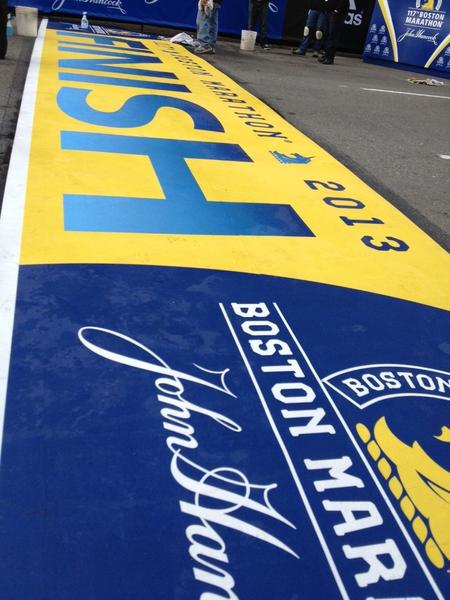 An hour or so after I and many of the people I knew had finished, we first heard the news that something terrible had happened near the finish line. We couldn’t even begin to imagine the frightening scenes of chaos and confusion that were occurring only a kilometre away. We frantically tried to account for everyone we knew of in Boston and began to inform our concerned loved ones back home that we were all safe. With little to do but worry anxiously and continue to try and comprehend the pieces of information that were beginning to emerge, we did the only thing we could that seemed to make any sense, which was to spend our time together and try to make the most of a truly tragic situation. A day that should have been filled with celebration and cheer, but instead was weighted with sadness, uncertainty and the slightest bit of guilt.

We as individuals are the sum of our experiences and interactions. In some cases, our experiences can profoundly impact the people we are and the people we want to be. Many will not believe when I say it and only my actions going forward will reinforce it, but I have been eternally humbled and perhaps changed by my Boston experience. I have learned valuable lessons and hope to be a better person for it.

Despite all that happens and every reason you may have to stop, please keep running.