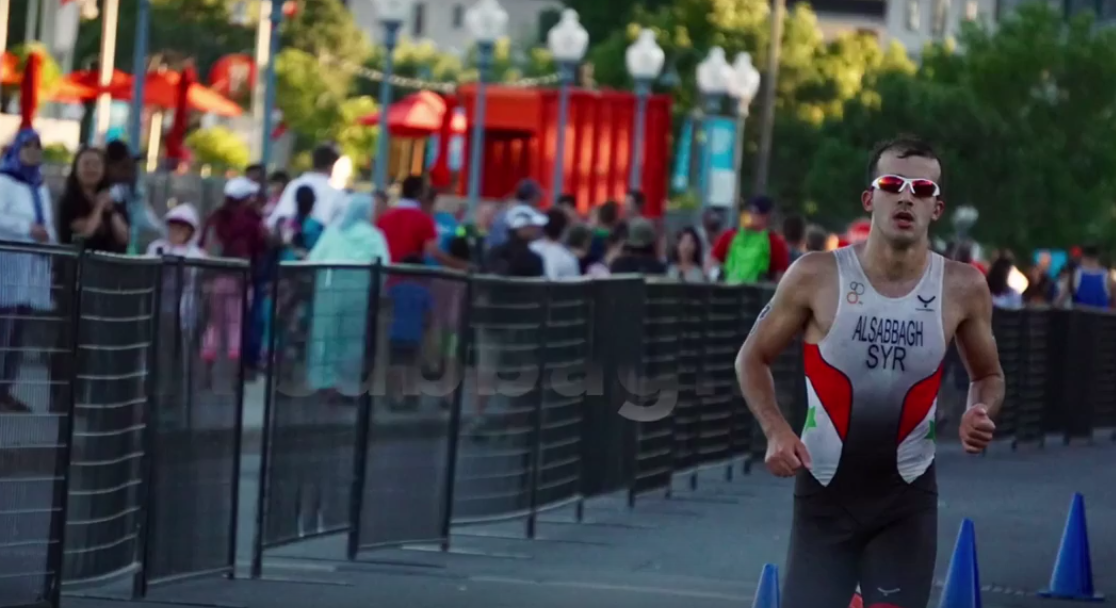 This story originally appeared on triathlonmagazine.ca.

He moved here in 2010 to continue his studies and train at the highest level with the dream of one day racing in the Olympic Games. The tumultuous political situation in Syria has had a deep impact on Alsabbagh. He has watched his country crumble and lost friends and loved ones in recent years. The region has also all but lost its sporting community as a result of the conflict.

“Training (in Syria)… isn’t always safe there,” he says. “Sadly, less people are training. But there are people who are still trying.”

“I have lost a friend. We used to train together,” he says. “Another friend lost a leg. It’s quite challenging sometimes and sadly less people are training.”

Before the war in Syria started, Alsabbagh always dreamed of going to the Olympics to one day race against the best athletes in the world.

As a triathlete, Alsabbagh has found tremendous support in the ITU development program has helped him during his journey and allowed him to compete in races. With the 2020 Tokyo Olympic Games in sight, Alsabbagh is training with coach Kyla Rollinson with a group in Montreal. To finance his athletics pursuit to work his way up to eventually compete at the highest level in the sport, Alsabbagh juggles his training with four part-time jobs.

With a background as a swimmer, Alsabbagh’s strength is in the water. He knows that he has a lot of work to do in order to achieve his goal but he is confident that with hard work and the help of his friends and the community he can achieve his dream of competing in the next Olympics.

This video is first of a five-part series telling Alsabbagh’s inspirational story.