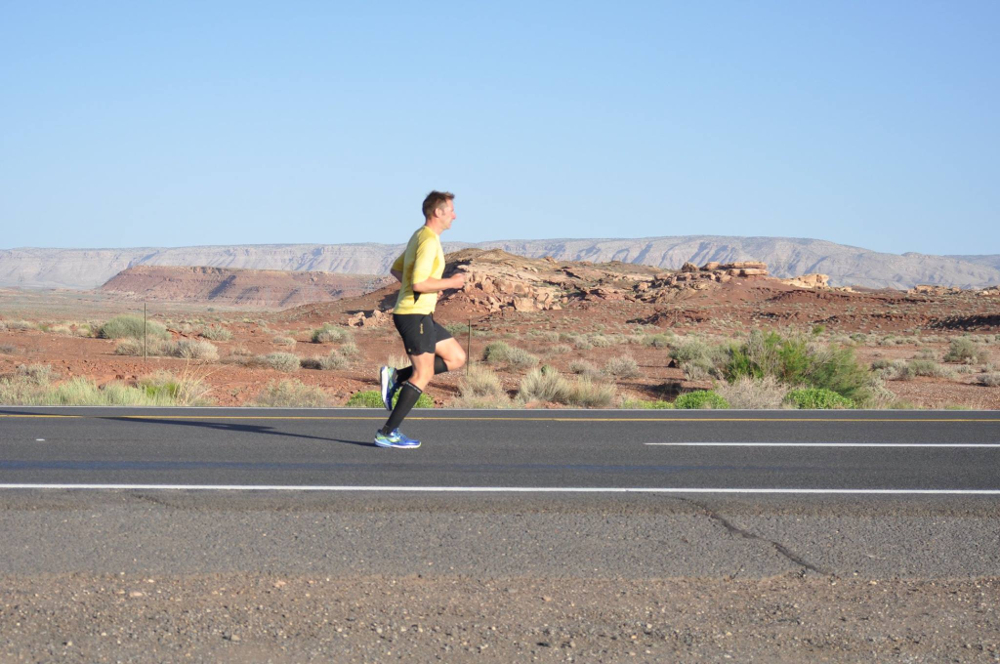 British runner Robert Young was first brought into the spotlight when users on the LetsRun.com forum claimed that his run across the United States was partially fake. Scrutiny about Young’s cross-United States run began when a forum user posted on LetsRun.com that he wanted to run a few kilometres with Young but says that the runner was riding in a RV, the crew’s support vehicle, instead of being on foot.

A new 101-page independent report commissioned by Skins, Young’s chief sponsor until recently, provides additional information on Young’s record attempt and uses GPS watch data as one of its key findings. His stride data, according to the report, does not match the pace at which he claims he was running.

Colorado professor Roger Pielke Jr and University of the Free State professor Ross Tucker conducted the report, which was publicly released on Oct. 1.

“The evidence that we reviewed for this investigation indicates that Rob Young received unauthorized assistance in his attempt to run across the United States, most likely in the form of riding in or on a vehicle for large parts of the attempt,” the first paragraph of the report reads.

Young, known as “Marathon Man UK,” began his run on May 14 in Huntington Beach, Calif. and headed east in hopes of breaking the record for fastest crossing of the United States on foot. The 33-year-old was on record pace, which brought added attention to his run. The report notes that his pace dropped significantly when he had people tracking his daily mileage closely. He abandoned the run in Indiana because of a lower leg injury completing approximately 3,200 kilometres in 36 days.

This graph (p14) shows that Young achieved high running speeds with impossibly low cadence, until the allegation was made on @letsrundotcom pic.twitter.com/A5lN6z4Tte

The trans-America record is 46 days, 8 hours, and 36 minutes. To break the record, one would need to average approximately 95 kilometres per day. The TomTom data – he had two watches, one for tracking while the other charged – that Young provided revealed, as written in the report, that his cadence significantly quickened after his run was first in doubt. Prior to that, Young’s cadence was too low for a runner to be averaging 5:35 per kilometre.

“Much of the data indicates that very long distances were covered with unreasonable step rates and step lengths, suggesting that the watches travelled long distances in or on a vehicle,” the report reads. “Malfunctioning of the watches has been ruled out.”

Young remains adamant that he ran every kilometre but admits that there were errors in collecting the necessary data for proof. Currently, Pete Kostelnick is attempting the California to New York run and has live tracking available on his website to ensure accuracy.

The full report on Young can be found here.