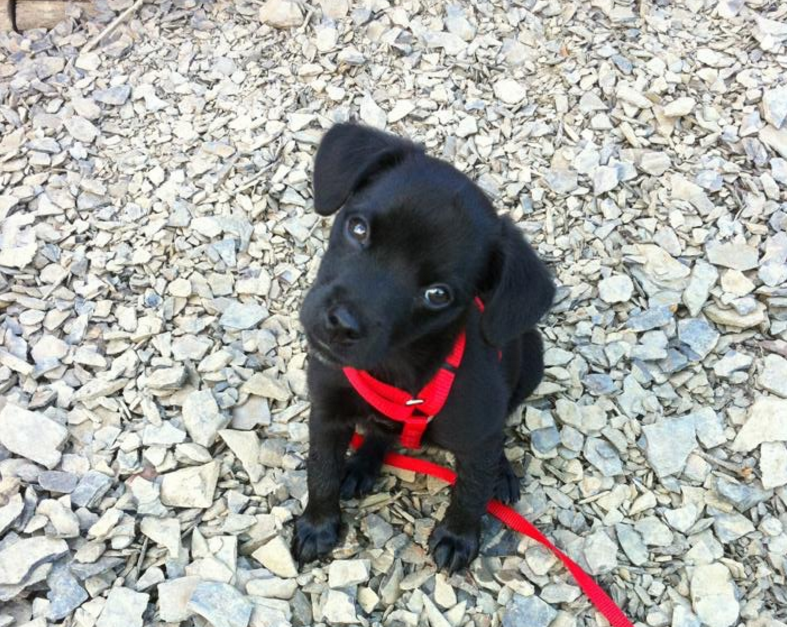 When asked what they love most about running with their dog, every “dog runner” will have a different response. Stephanie Norman of Conception Bay South, Newfoundland has an answer sure to be relate-able to many pup owners.

“I love that I always have someone with me. There’s a sense of company and that we’re both enjoying being outside and in motion,” Norman says.

However, Norman isn’t the only runner that Mia, her two-year-old mixed-breed pup, tags along with. As a grade seven and eight teacher, Norman is one of the leaders of a running club for students at her school. Mia likes to come out to practice and hang with the kids. 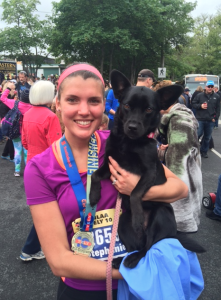 The run club runs are usually about 5K in distance and meets twice a week. “It’s a really great opportunity for kids that aren’t big into a specific sport. They can be a part of an inclusive community that accepts anyone,” Norman says.

With the Newfoundland winter approaching, Norman knows that her ability to train outside will be limited and she has no racing plans until the spring. “I usually do the Tely 10 miler,” she says “and when we’re training for that, Mia can come with me for runs anywhere from five to 16K.”

Having a competitive training partner has been helpful for Norman as well. “Mia doesn’t like to lose,” she says. “She’ll be acting like she’s tired, but then as soon as we turn a corner and she sees that there’s another dog or person up ahead, all of a sudden she’s tugging on the leash.”