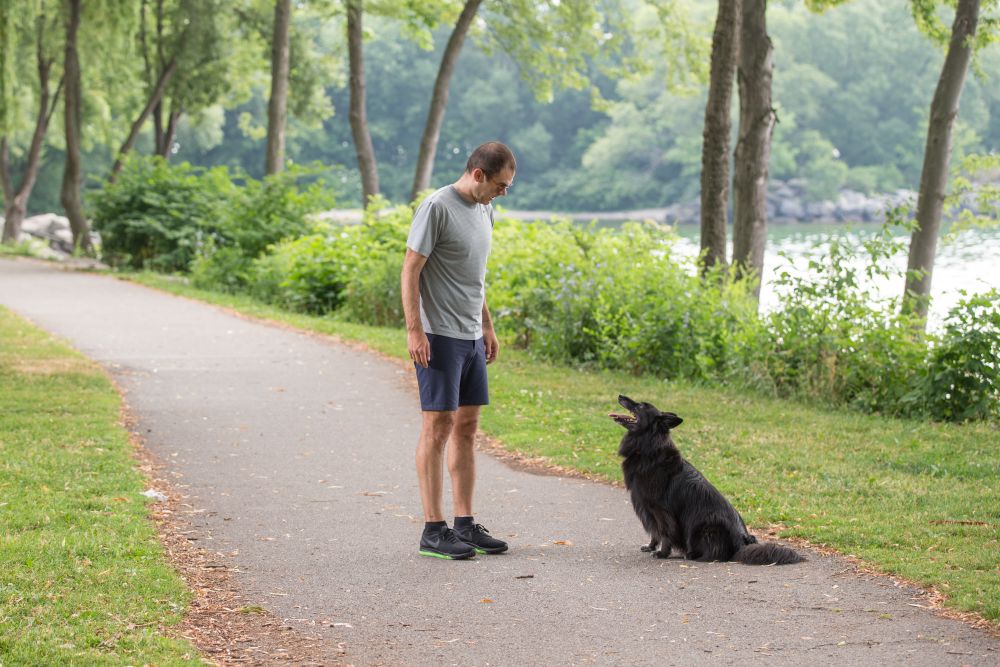 From our September 2016 issue.

I met Charlie at the front door of my house for what was supposed to be an easy 15k out-and-back run along a local trail. Charlie is a notorious fast starter, and typically tries to drag me into running far too fast in the first few kilometres. In the six or so years that we’ve been running together he’s never quite figured out pacing, even after I tried to explain to him the merits of doling out his effort over the long haul. When he gets on the trails, he also tends to surge on me, taking off in all different directions, running carefree, like a kid full of energy during cross-country practice. As if to taunt me, he often stops several metres down the trail, waiting for me. Sometimes, he even jogs
back in my direction, before taking off again, often off the beaten path.

On this easy run, I get lured into running a touch faster than I want, but it’s within reason, so I relent and let Charlie set the pace. We hit the main trail and are cruising along when another runner surges past us. I recognize the man as a decent local runner, but don’t know him personally, so I just nod in respect as he carries on. Just as I think to myself that I’m glad I’m not getting roped into a workout, I look up and see Charlie surge ahead as well.

As I catch up to Charlie, we’re gaining rapidly on the runner. I match Charlie stride-for-stride and say nothing to him, bewildered, but curious to see how this will play out. Surely, Charlie will back off after a bit of hotdogging. As we approach the other runner, Charlie bears down, lowering his head and putting in a near sprint, as if to exact a mid-race deathblow. I reluctantly match Charlie’s move and speed past the poor runner just trying to get through his tempo run, not daring to acknowledge him, apart from a silent runner’s wave (mainly because I can’t speak at this pace) as Charlie and I envelope him, then leave him in our dust.

Someone once told me, if you pass someone in a race, go by them hard and don’t relent. Charlie must have heard that same piece of advice. We continued at a strong pace all the way until the wall that dead-ends the trail – a wall that we were never supposed to make it to on this leisurely 15k jaunt, exactly 10.6k from my house. But for Charlie, this run had turned into a race.

Turning back, I realized we were going to have to pass the other runner a second time, only in reverse. As he approached, Charlie seemed to realize it to, mustering up a triumphant gallop. I looked up only briefly, and my face must have scanned equal parts agony and shame as we made eye contact. Yes, my running buddy can be a bit competitive,’ my expression attempted to convey. I refocused, hoping Charlie had dialled back his effort, having won the workout. But he carried on rapidly, again running like a carefree child.

We raced all the way to my front door. I stopped my watch (Charlie, of course, never wears one). We’d just run exactly 21.1K in 1:24, which wasn’t just an impressive time for Charlie, but also, unofficially, his first ever half-marathon. I’ve run with Charlie hundreds of times since, and that dog still can’t hold himself back when another runner dares challenge him to a race.