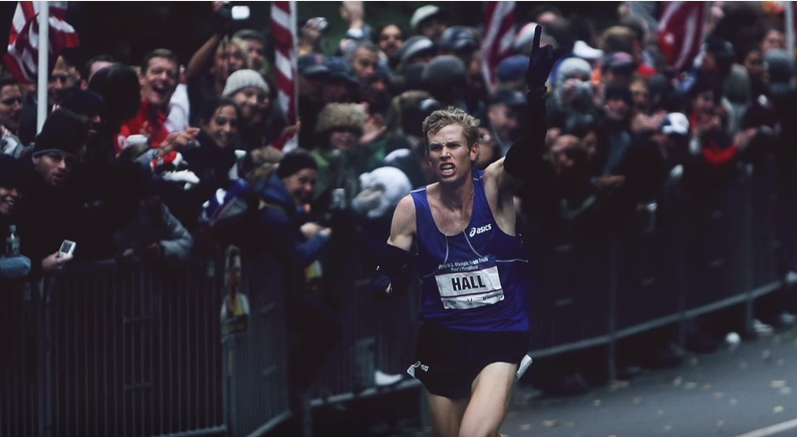 Ryan Hall, 33, shook the athletics world on Friday announcing his retirement from professional running leaving the sport as the fastest U.S. half-marathoner and marathoner (albeit on the Boston Marathon’s record-ineligible course) in history.

Hall still suffers from low testosterone levels which forced him to retire admitting that he struggled to run even 15K a week towards the end of his career.

Hall, who represented Asics throughout his professional career, never won a major international race, notably finishing 10th in the marathon at the 2008 Summer Olympics in Beijing. But it can not be overlooked that he is the fastest long-distance American road racer of all-time.

Graduating high school at the same time as Dathan Ritzenhein and Alan Webb, the trio’s success is often said to have revitalized U.S. distance running. Webb is the American record holder in the mile (and has the high school mile record), while Ritzenhein has multiple world championship medals to his name (2001 World Cross-Country bronze and 2009 World Half-Marathon bronze).

A milestone in the half-marathon, Hall broke the one-hour barrier setting a U.S. national record of 59:43 at the Houston Half-Marathon in 2007 and is widely recognized as one of the best performances of his career that spanned three decades.

What makes his American half-marathon record from Houston even more incredible? His sub one-hour time is nearly unheard of among non-African athletes.

According to the half-marathon all-time performance list, there are just six athletes (five if you exclude Mo Farah, born in Somalia) from non-African nations among the top 250 fastest times ever run (Fabián Roncero, Zane Robertson, Hall, António Pinto, Marilson dos Santos and Farah). Hall is the only North American to have broken the one-hour mark in the half-marathon.

Note: American Terry Cotton has run 59:41 but the time is not legal and is considered a “best”.

The next best U.S. half-marathon performance is that of Ritzenhein, with a time of 60:00, when he finished third at the IAAF World Half-Marathon Championships in 2009. The world record, to put into perspective, is held by Eritrea’s Zersenay Tadese (58:23).

In the story published by The New York Times, Hall noted that he had been running 100-mile (160-kilometre) weeks since he was 17. The Big Bear Lake, Calif. native went on to become a standout star at Stanford winning the 5,000m national outdoor championships.

Hall’s time at the 2009 Boston Marathon remains the fastest ever performance by an American but because the Boston course is net downhill and point-to-point, the time is not considered an American record. He ran 2:04:58, while the legal U.S. record is 2:05:38 by Khalid Khannouchi, who moved from Morocco in his early 20s. Hall, known for his fearless sense of racing, led for much of the race.

One of Hall’s greatest performances, however, was at the 2008 U.S. Olympic Marathon Trials (held in November 2007 in the lead up to the 2008 Summer Olympics) in New York City. On a hilly, difficult course, Hall won the race in 2:09:02 but it was his second-half splits that were eye-opening.

He beat out Ritzenhein and the now-retired Brian Sell to win the race.

In 2012, Hall finished second only to Meb Keflezighi at the U.S. Olympic Trials, but would pull out before the halfway point of the 42.2K race at the London Olympics. And such was the story of Hall’s career, at times running races in times that many can only fantasize about, his stride looking effortless, while at other times dropping out of races when it mattered most.

Hall always seemed to train like a man possessed, rumoured to run three workouts per week in the lead up to the London Olympics at 4:40 per mile (marathon world record) pace. These type of workouts were both his upside in that he was willing to take huge risks but also his downfall since his career lasted only until his early thirties.

Really, the only other American-born athletes (men) to have challenged East Africans in the previous 10 years are, most notably, Ritzenhein, Webb, Galen Rupp (American 10,000m record holder) and Evan Jager, the American 3,000m steeplechase record holder. Others, like Chris Solinksy, a sub 27-minute 10K guy, could be argued as well.

But because Hall, who adopted a faith-based, self-coached philosophy later in his career, produced world-class times, so many expected him to translate that success over to to major international races.

In 2008, Hall finished fifth at the London Marathon (2:06:17 — his lifetime best on a legal course) before sneaking onto the podium for third at the 2009 Boston Marathon (he also finished fourth in 2010 and 2011). Besides his top-10 performance at the Olympics, those races are considered his greatest assets if you exclude his remarkably quick times.

Did Ryan Hall live up to promise as one of America’s distance running greats? In a word, yes. But his lack of victories at major international races may provide a basis for those who argue otherwise.