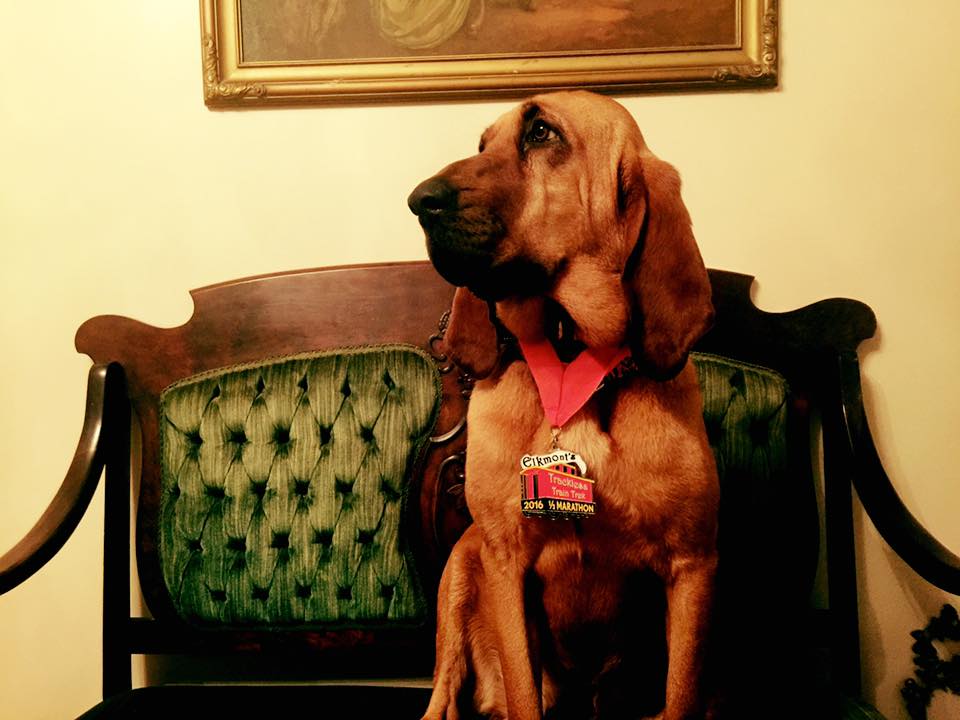 The two-year-old bloodhound who stole our hearts for completing a half-marathon in Alabama in January is continuing to get attention across the nation and at home.

On Feb. 3, the Limestone County Commission presented Ludivine with a one-of-a-kind county medal and named the bloodhound the “First Dog of Limestone Country.” The country includes Elkmont, the site of the race, and is located in northern Alabama near the Tennessee border.

Ludivine received mass attention after she found her way to a local half-marathon (on her own) and proceeded to run the entire 21.1K distance finishing seventh in 1:32:56.

“Our little town of 500 is getting a kick out of the story going international,” laughed race director Gretta Armstrong shortly after Canadian Running first reported the story on Jan. 19.

The event, formerly known as the Elkmont Half-Marathon (Trackless Train Trek), has been renamed to Elkmont’s Hound Dog Half-Marathon after the race was put into the spotlight for its celebrity, canine participant. The new race shirt can be found below:

The Elkmont High School cross-country and track and field team received their first equipment order last week using the proceeds from the half-marathon.