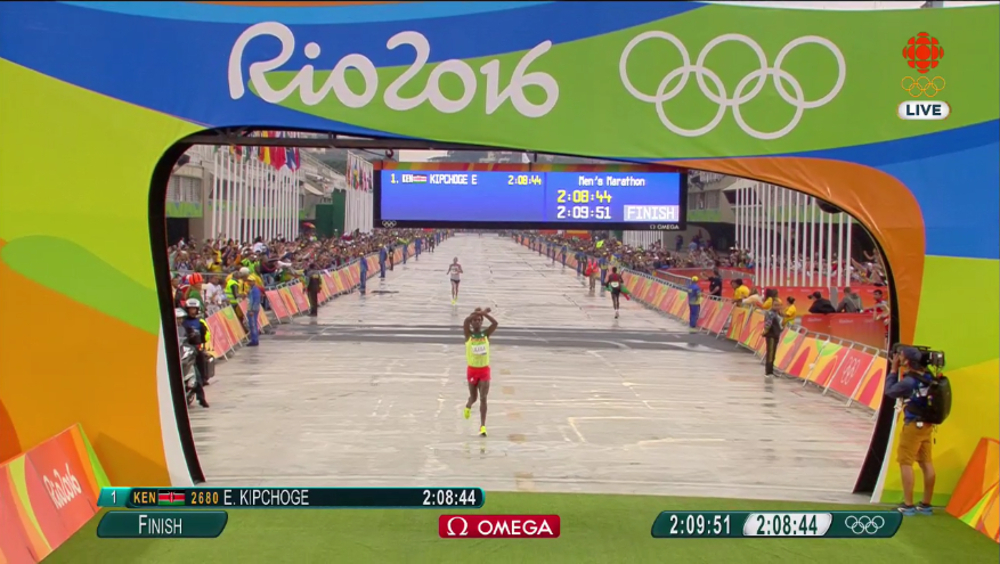 One well-known Ethiopian Rio athlete got to celebrate a particularly heart-warming Valentine’s Day.

Feyisa Lilesa, the Rio marathon silver medallist who has become famous for making a political gesture at the finish line, has been reunited with his family after six months.

RELATED: Olympic marathon silver medallist: “If I go back to Ethiopia, they will kill me”

At his Rio race, Lilesa crossed the finish line while holding his wrists up in an “x” formation. That gesture was made in solidarity with Ethiopia’s Oromo people. By making that gesture, Lilesa was signifying his protest against the Ethiopian government which has allegedly been abusing the human rights of the country’s Oromo people.

Ever since making that gesture on the world’s stage in the summer, he has had to take refuge within the borders of the United States. Going home after performing a political statement such as this, he has said, would result in severe punishment. Likely, speaking out against the government would have led to imprisonment, or worse, death, upon returning home. And so, he has been calling the U.S. home since his Rio run. There, he has been training in Arizona and New Mexico.

Good news for exiled Ethiopian Olympic silver medalist Feyisa Lilesa: his family has now joined him in the US. https://t.co/UXCWQfXqru pic.twitter.com/LtyW5HLbGB

But with the safety that he gets by staying in the U.S. comes a significant loss: his family. Just yesterday though, Lilesa was greeted at the Miami airport by his family. He is now in close quarters with his wife, Iftu Mulisa, his daughter, Soko, and his son, Sora.

Once he was greeted by his family at the airport, he expressed how happy he was to be reunited saying that he is appreciative of the U.S. and of his family for being patient and understanding during the six months that they spent apart.

“No one builds a family with the intention of going into exile. Instead to live in one’s own country and ensure familial continuity,” he wrote. “Unfortunately, exile, however dreadful, has become my fate and the fate of many Oromos.

As I celebrate this small personal victory, I want to make sure that we don’t forget the plight of millions of Oromo and other Ethiopians who are still being killed, beaten, imprisoned, dispossessed and kept in poverty.”