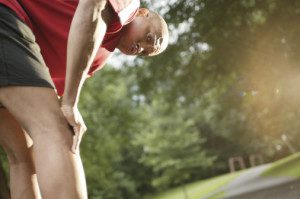 George Costanza would be proud: two men in Spain are organizing the world’s first race for bald people on Friday.

The men, Ángel Campos and Miguel Montenegro, came up with the idea of the race as a joke, but as the idea grew, it turned into a reality. The race3 is almost 4K long (3,850m), and the winner will get the grand prize of two melons.

“It all started out as a bit of a joke,” Campos told Spain’s English-language website The Local. “I was in my friend Miguel’s bar after I had completed a run, and he suddenly said, ‘Why not put on a race just for bald people?'”

The joke was that Montenegro has a full head of hair, and was poking fun at the bald Campos.

To win a prize, however, the runner must be naturally bald—no shaved heads allowed. At least 24 runners are expected to take part in the race.