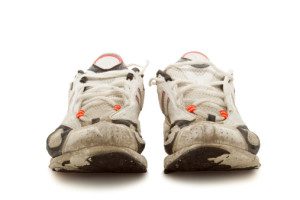 The researchers at Aalborg University Hospital in Denmark followed 927 novice runners for one year to see if pronation (rolling of the feet and ankles inward while running) did indeed put runners at an increased risk of injury. The findings were published in the British Journal of Sports Medicine.

“Pronators had a significantly lower [number] of injuries per 1,000/km of running than neutrals,” the researchers concluded, as reported by the CBC. “The results contradict the widespread belief that foot pronation is associated with an increased risk of running-related injury.”

Specialty running shoes are marketed to runners claiming to offer greater support for runners who pronate, and CBC says an estimated 73 per cent of cross-country runners say they choose running shoes based on compatibility between shoe design and posture.

The Danish researchers also suggested comfort is a better way to choose a running shoe.