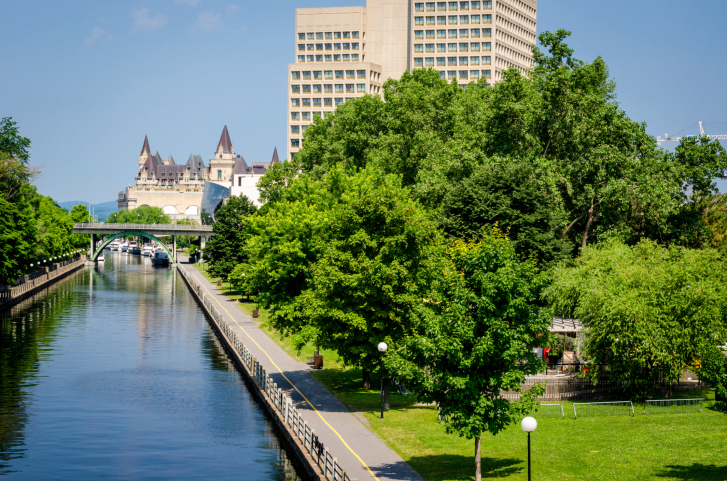 Patrick Girard is in the midst of training for his thirteenth marathon. Come November, he’ll head to Philadelphia and get ready to race.

Part of training for that involves running home from work on weekdays. Girard works at the Agriculture Centre in Ottawa and when he leaves work at 5:00 p.m., he has the luxury of getting to run through the city’s Central Experimental Farm, down along the Rideau Canal and through Carlton University’s campus before entering his neighbourhood.

“I started doing it because it was a way to fit in the mileage needed to train for a marathon,” he says. That was in 2009. The first marathon took place in his home city of Ottawa. Since then, he runs the eight to 10K (depending on which route) home four or five days a week.

“The biggest payoff is that it allows me to fit in the mileage I need to during the week. I find it much easier to pack up and run after work than going home and running once my kids have gone to bed,” says Girard.

Extra time is a major reward for anyone, especially the marathoner who works full time. But it’s the scenery of the route that seems to most hit home when Girard explains his running routine. The farm and the canal are, in his opinion, the best places in Ottawa to run. “The Central Experimental Farm is the only working farm inside the core of a national capital city and the Rideau Canal is a UNESCO World heritage site. Both options offer great routes for running,” he says.

The end of the work day is, for many, the best time to run. As Girard runs, he has no traffic to deal with on these paths– no honking, no aggressive drivers, no lights. The route is flat and quiet. At the end of the day, there’s perhaps no better way to clear the mind than to head to the farm and feel just for a little while, as if it’s a rural space and not one of Canada’s most thriving and busy metropolises. Girard describes it as “a location that almost makes it feel like you are no longer in a large city even though it is in the heart of the city.”