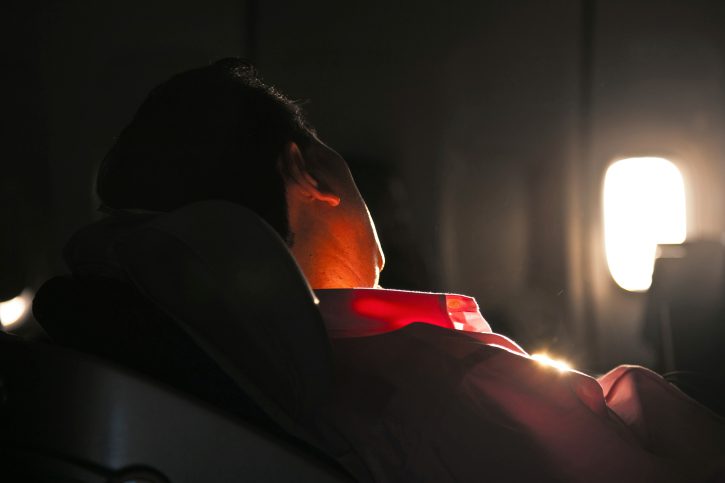 Have you ever had to slog through a long day at the office, feeling sick after a long flight home from a far-off time zone?

A new discovery could bring you a bit closer to flying without a worry of staying healthy for your meeting the next morning.

The researchers found an unexpected connection between NFIL3 and TH17, or T cells, which play an important role in keeping healthy. Generally, T cells are great for fending off illness, but when they become too prominent in the intestines it can actually cause illness rather than defend against it. The study showed that the mice who lacked NFIL3 had a much higher T cell count after being put through tests of how they react to light and dark cycles.

The study, published in Science, tested the adaptability to changing light and dark cycles in mice. It studied how well normal mice adapted to having 12-hour light and dark cycles shifted six hours every four days relative to mice who lacked a gene for producing the protein NFIL3, simulating the effects of jet lag. The mice without the NFIL3 gene had much higher T cell count, suggesting a connection between the two and the body’s natural circadian cycle, or internal clock. The mice with the higher T cell count were also much more susceptible to illness and showed signs of weaker immune systems.

It’s the first time work has ever been done on the connectionsbetween T cells, NFIL3 and sleeping patterns. It does, however, add to a growing body of work which suggests a regular sleep pattern and healthy circadian rhythm play a vital role in a strong immune system. It also opens the door to potential work on ways to prevent weakened immune systems as a result of intercontinental flight.