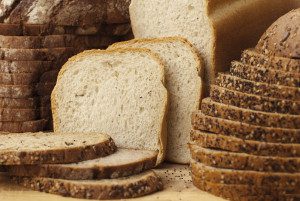 A study, conducted by the U.S. National Institutes of Health and published in Cell Metabolism, has demonstrated that contrary to the popular claims of many fad diets, cutting out carbohydrates is less effective for fat loss than cutting out fat.

Traditional thought was that since eating fewer carbohydrates reduces insulin levels and increases fat burning, that eliminating breads, cereals and grains would be the most efficient fat-loss method.

For twelve years, Kevin Hall, a physicist turned metabolic researcher for the National Institute of Diabetes and Digestive and Kidney Diseases, has been steadily analyzing data captured from decades worth of controlled feeding studies. In doing that, he created a mathematical model of just how differently nutrients impact the metabolism and body weight of people.

Hall theorized that while a low-carb diet would lead to alterations in the amount of fat burned by a body, he believed that a reduced-fat diet would actually result in greater overall fat loss. But, he needed his own human data to test and prove it.

Gathering accurate data when it comes nutritional studies can be difficult as participants may not completely stick to meal plans, they misjudge the amount that they are consuming, or be less-than truthful when questioned about their eating habits. To ensure an accurate study, Hall and his team confined 19 consenting adult volunteers for two periods of two weeks each, during which time every bite of food they consumed was controlled and monitored.

During the first two-week period, 30 per cent of calories were cut through carb restriction, while fat intake was left unaltered. The conditions were reversed in the second testing period. Researchers observed that body fat loss was greater with dietary fat restriction than with a low-carb diet.