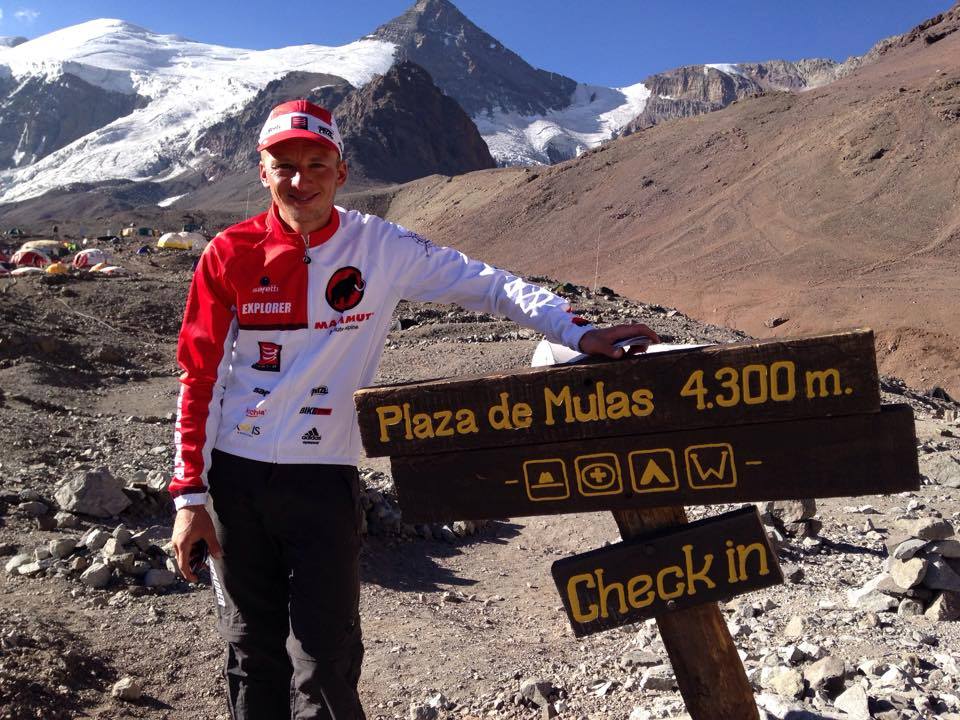 A Swiss-Ecuadorian mountain runner, Karl Egloff, has broken Spanish ultra- and mountainrunner Kilian Jornet’s speed record on Aconcagua, the highest peak in the world outside of Asia. According to Climbing, Egloff followed the same route as Jornet, who set the record less than two months ago, starting from the Horcones trailhead and climbing just over 4,000m during the 40K ascent before following the same route back down. He finished in 11:52, bettering Jornet’s record by more than a half-hour.

Different from many other mountains, summiting Aconcagua doesn’t require any specialized climbing skills and can be run or hiked up. Still, the weather and air at at the nearly-7,000m peak makes reaching the top quite difficult.

This isn’t the first time the 33-year-old has bettered one of Jornet’s records. Last summer, he broke Jornet’s speed record on Mount Kilimanjaro in Tanzania. Kilimanjaro, like Aconcagua, doesn’t require any climbing or mountaineering skills to summit, much of the difficulty coming from the altitude and lack of oxygen at the peak.

The Argentine summit stands at 6,960m, about 15K from the Chilean border in the Andes.

Known in the ultra- and mountain-running communities as fastest known times, or FKT, races to the top and back down mountains are becoming more popular. Canadian ultrarunner Rob Krar in 2012 broke the rim-to-rim record for a crossing of the Grand Canyon.