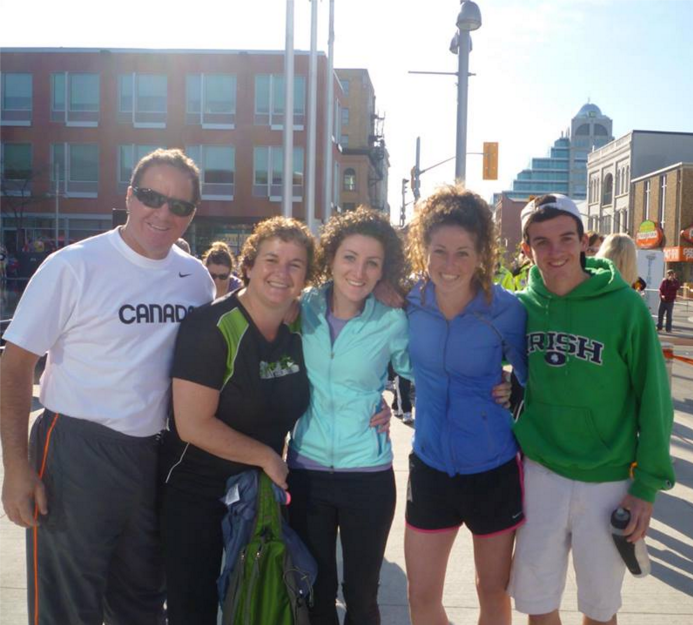 When the holidays roll around, Ben, Kristen and Jamie Flanagan will dress up in running gear for mild weather and head out the door of their Kitchener home. They will run over to their old high school coach’s house for their annual Christmas run. The three look-alike siblings will meet up with the rest of the group. Several of the runners who used to train together under Krestena Sullivan (Sully) at St. Mary’s school have since graduated, run on teams elsewhere or accepted scholarships to the states but over the holidays, they are back together. Now, running keeps them in touch as they chat on the route or at the post-run breakfast at Sully’s house. “It’s a nice way to catch up,” says Ben. “The run is an excuse to get together.”

A family of runners

The Flanagans are a running family if ever there was one. The three siblings ran cross-country and track through high school, competed on teams when they went to university, have a dad who coaches elementary school cross-country and they all still run together now. When other families have one, maybe two members who run, for the Flanagans, much of their life is based on the sport whether it’s travelling to races, getting up early to stream a competition or just going for an easy weekend run. Both of the girls even met their boyfriends through running. 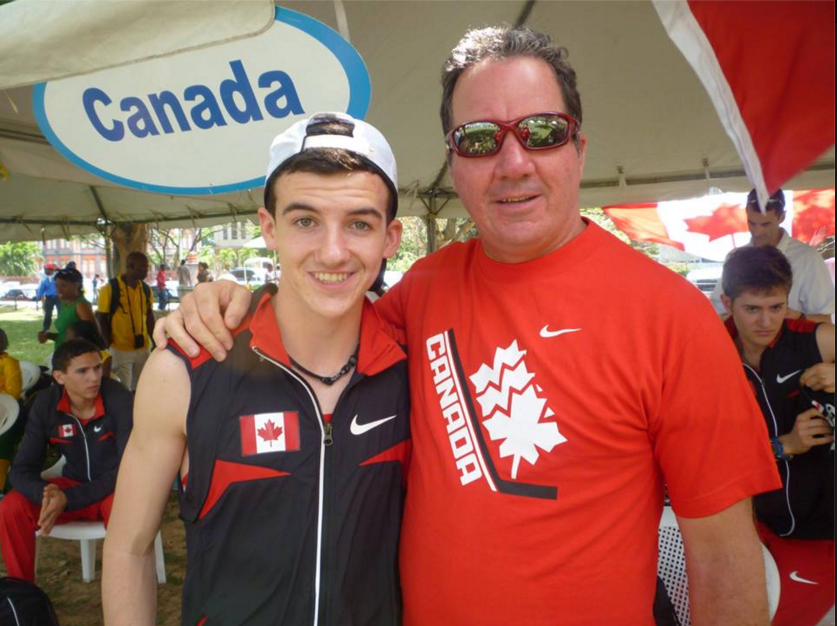 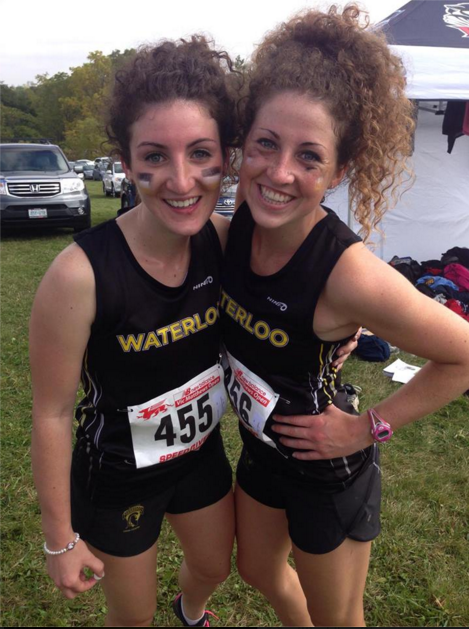 Those in the running community might recognize Ben’s name. To name some of the highlights, the 20-year old currently runs in the NCAA with the University of Michigan, has won Ontario’s high school championships (OFSAA) twice, has represented Canada at the IAAF World Youth Championships and World Cross-Country Championships and has been on Canada’s junior national team three times. Racing has brought him to Trinidad, Spain, France and others.

As for the sisters, they both studied at the University of Waterloo where Kristen was the captain of the cross-country team for two years. In high school, Kristen competed at OFSAA all four years. When she led Waterloo’s team during her time at UW, Jamie trained with her.

The two sisters are similar looking with their freckles and masses of long, curly brown hair. If someone stopped to observe them on the course, they could likely even mistake them for twins. With running drawing them closer, Jamie and Kristen are seen together often. “It’s something for my sister and I to do together,” says Jamie. “My favourite part that I gained is it now being part of my lifestyle.”

This trio of speedy runners has a long list of running accomplishments. Though their dad, Ron, has been a runner for years, in a way it started with the oldest, Jamie, now 24. She started running after being put in Sullivan’s gym class in grade nine. The coach encouraged her to join the cross-country team. From there, her love for the sport took off. Running helped shape her identity in high school which she says, Sully had a lot to do with. “I thought cross-country in high school totally made my experience,” says Jamie. That experience led her to joining one of Kitchener-Waterloo’s track clubs.

The sisters are only 16 months apart. When Kristen showed up a year later, she had no intention of joining Jamie on the team. That changed. “She came to the first practice, did 100m and said ‘No, I’m not a distance runner,'” says Jamie. Come time for the first race, Kristen won. “She wasn’t even wearing running shoes,” says Jamie. By the end of the season she headed to OFSAA in Thunder Bay, Ont. where she placed 15th. Jamie went to cheer. 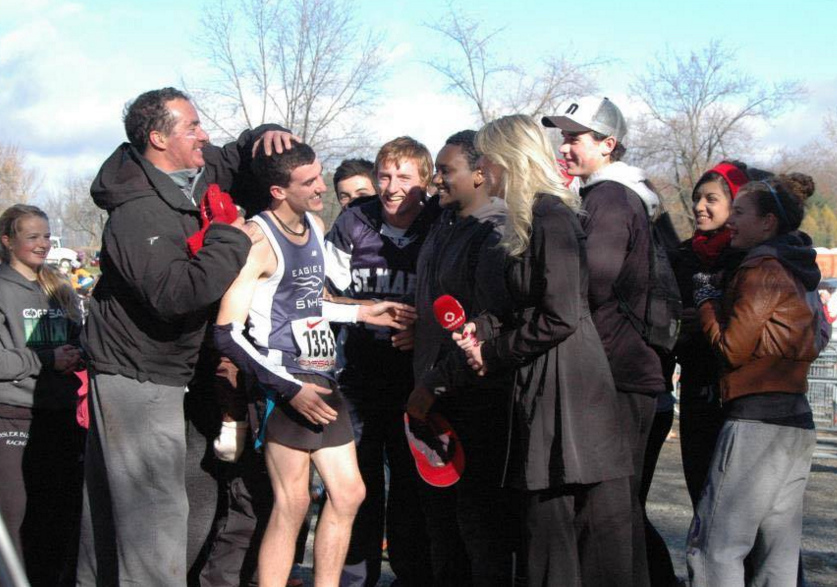 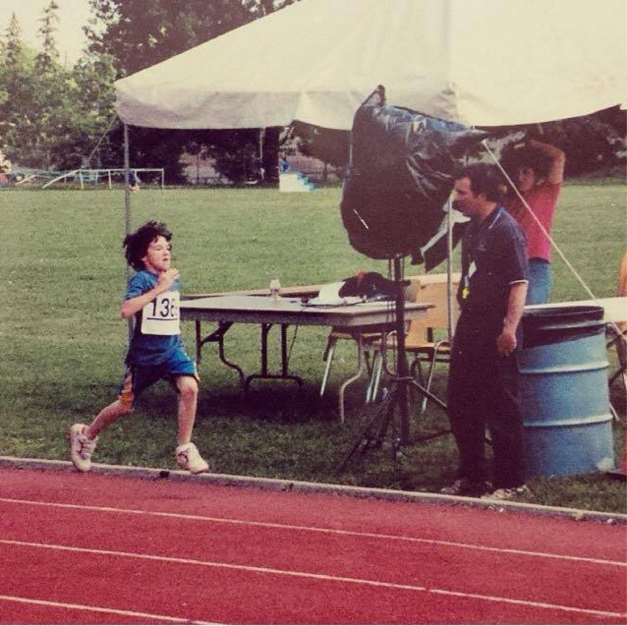 “I always knew my sisters were incredible athletes,” says Ben. “All I knew then was Kristen hopped on a place to go race. I thought ‘wow.'” He adds that his two older sisters are a main reason why he is a runner now. “When I got seriously committed was in high school. That was largely from the influence of my sisters.” He had run elementary school races before but with serious training in high school, he placed third at OFSAA that year having done many of his training runs with Kristen and Jamie.

These were the early days. At the time, the Flanagan family likely had no idea where the experiences with Sully’s cross-country team would lead them. Ben remembers going off the the IAAF World Youth Championships in France when he was in grade ten. It was his first major competition abroad. He felt nervous for the race and travelling alone, but says his parents wanted him to gain independence too. They brought him to the airport, gave him a phone and had him check in with them regularly. “It helps me develop as a person and as an athlete,” says Ben. On the other side of the Atlantic, as Ben was racing, his family was waking up at 4:30 a.m. to stream his race over coffee and an early breakfast. 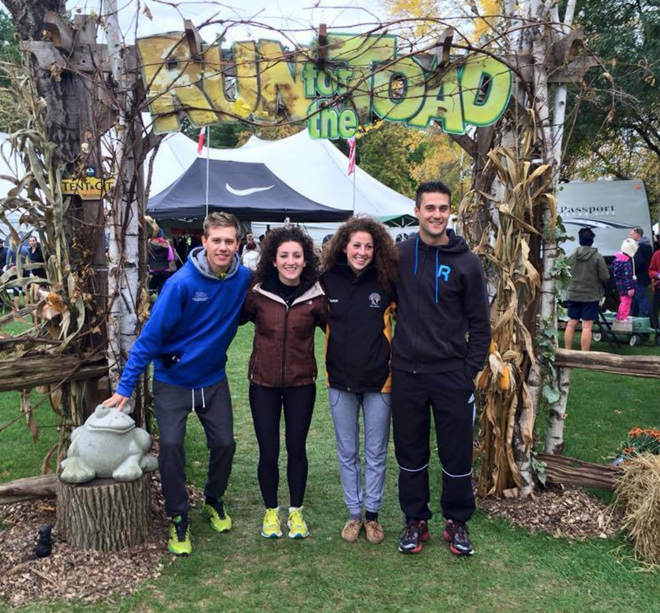 Now, as a university athlete, he is in touch with them on a weekly basis and chats with them right before the big races. “They are the first people I call after my race.” Moments after he finishes, he can be almost certain that he’ll have a message from either Jamie or Kristen. “It has been a family affair to support him,” says Jamie.

Going forward, Ben will continue to run in Michigan. As a family, they run the Run for the Toad trail race every year (Jamie’s boyfriend, Kyle, designs the medals) as well as the Mud Puppy race in Kitchener. Kristen volunteers every year to help her dad coach students at his elementary school and Jamie, who now studies in Toronto, heads home whenever she can to run with Kristen and their dad. “We both want to keep running for fitness and lifestyle. We want to try a couple half-marathons and a full marathon at some point just to do it,” says Jamie.

Ten years after Jamie first joined Sully’s team in the early days of high school, Sully has become like family, running has become a big part of the family’s foundation and the route from the Flanagan home to Sully’s has become a well-beaten path. “It’s unbelievable how much running has brought us together,” says Ben.