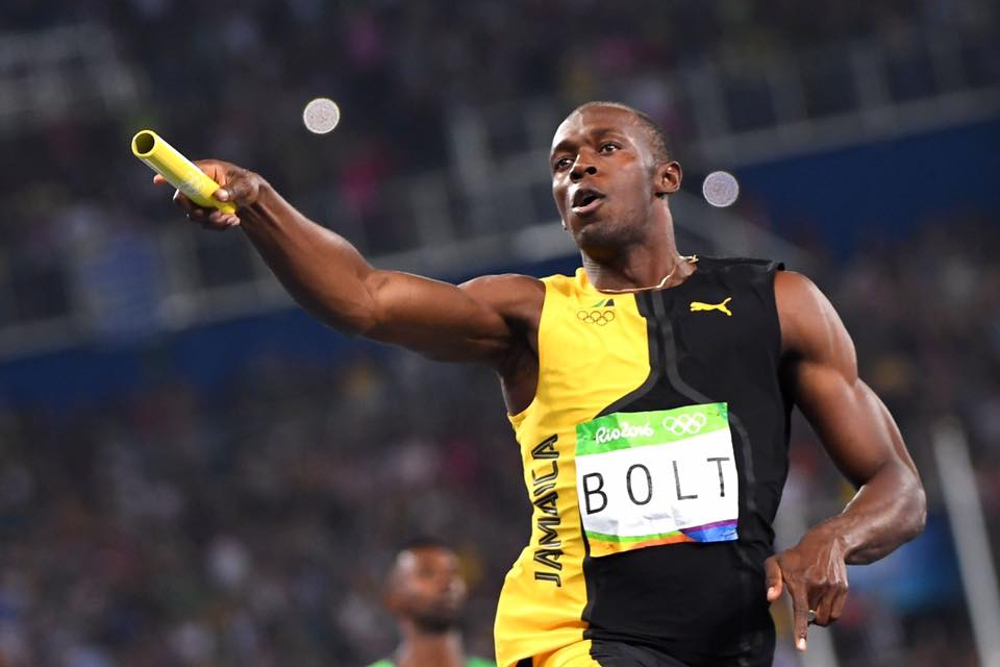 Usain Bolt’s “triple, triple” is a thing of the past.

The legendary Jamaican sprinter was ordered to give back one of his nine Olympic gold medals last week after it was found that teammate Nesta Carter’s samples were tainted.

RELATED: Usain Bolt ordered to give back 2008 Olympic gold medal

Carter, 31, who helped lead the team to gold in the Beijing men’s 4 x 100m was caught for using methylhexaneamine when a group of old athlete samples were retested. News that the team’s gold medal was in jeopardy first came about in June when Carter’s first sample suggested he had been using a banned substance to aid his performance in Beijing. When his B sample came back positive, the International Olympic Committee (IOC) ordered the team to give back the medals.

“Nesta Carter, 31, of Jamaica, competing in the men’s 4x100m relay event (round 1 and final) in which he and his teammates ranked first and for which they were awarded the gold medal, has been disqualified from the Olympic Games Beijing 2008. Re-analysis of Carter’s samples from Beijing 2008 resulted in a positive test for the prohibited substance methylhexaneamine,” read the statement on the IOC website last week.

But with this news, Bolt has made it clear to mainstream media that his legacy isn’t tainted by the dirty teammate sample. Having lost one medal still means that Bolt has eight golds to his name– and that’s no easy feat.

“I think I’ve still accomplished a lot– it hasn’t changed what I have done throughout my career,” Bolt said to Reuters. “I have worked hard and pushed and done things that no-one has done before.”

Furthermore, he doesn’t express hard feelings towards Carter. As a recent Super Sport article reported, even though this news was rough to receive, Bolt said that there will be no “bad blood” between him and Carter. He also was quoted as saying that he hopes fans of the Jamaican track team will still show Carter some love as this story develops.

Going forward, Bolt is preparing to compete on the track in Australia where he hopes to go out on a winning note.