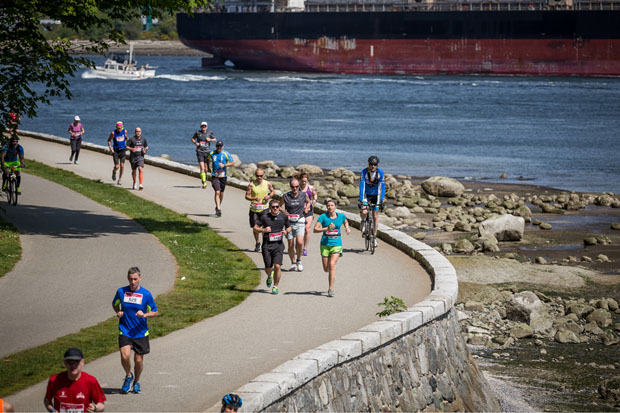 The Vancouver Marathon this year raised more charity dollars than any previous year, totaling $729,000, almost double the efforts of the previous year.

In 2015, 600 runners ran the event for a Run4Hope charity, a program introduced in 2013 which has become a major fundraiser in the city, though the race has been raising money for charities for 15 years. Over that period, the race has helped raise more than $14 million.

This year, Lynne Parshall was the top fundraiser. Running for Team in Training, Parshall alone raised $21,000, contributing to the team’s overall top spot in dollars raised.

“Every week we reflect on the journeys of patients and their families. We see first hand the value the [Leukemia and Lymphoma Society] community brings to these journeys,” says Parshall. “My teammates have become my best friends. Their passion and dedication are amazing. And for all of us, when we don’t think we can make it through the next mile, we think of why we are out there and we keep going.”

In 2015 there were 30 charities which took part in Run4Hope.