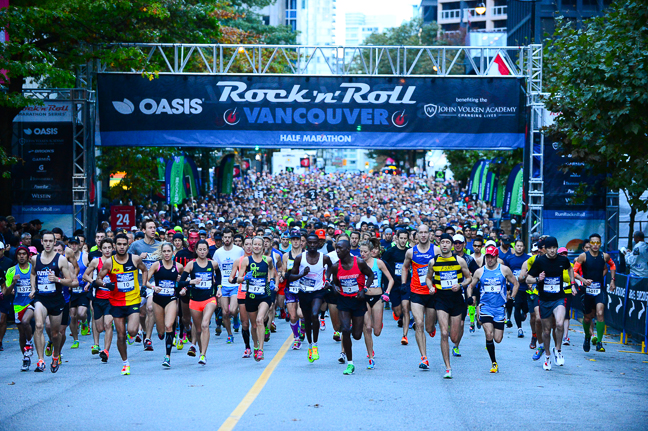 The weekend featured the signature live music the race series has come to be known for and the half-marathon races were won by familiar figures on the Canadian road racing scene. In all, the event hosted slightly over 12,500 runners, a sold-out crowd. The half-marathon saw 10,000 runners in it’s inaugural year. The Seawall 10K hosted another 2,500.

The popular running series now hosts events in Montreal and Vancouver. The races are known for courses that highlight the unique characteristics of the host cities and promoting regional music and running cultures. The music in Vancouver was headlined by Allen Stone, a singer and musician from just south of the border in Chewelah, Wash., and also featured lots of local bands along the course. 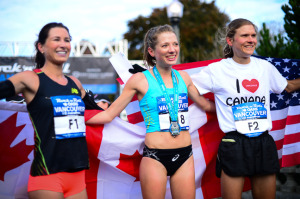 “I had no idea what to expect,” said Cliff in a press release. “I thought I could run a sub-75 minute race, but I did not know that would be good enough for the win. I was really happy with it. It was a really fun course and I loved having music the whole way. It was a great way to try a half-marathon.”

Kevin Friesen and Courtney McEwan, both B.C. runners, won the Seawall 10K events, a race that has been held for 43 years around scenic Stanley Park.