The finish line along Boylston Street is probably the most photographed place in the world on Boston Marathon weekend. But many runners are missing out on an incredible experience 42.2K away, at the start of the race. 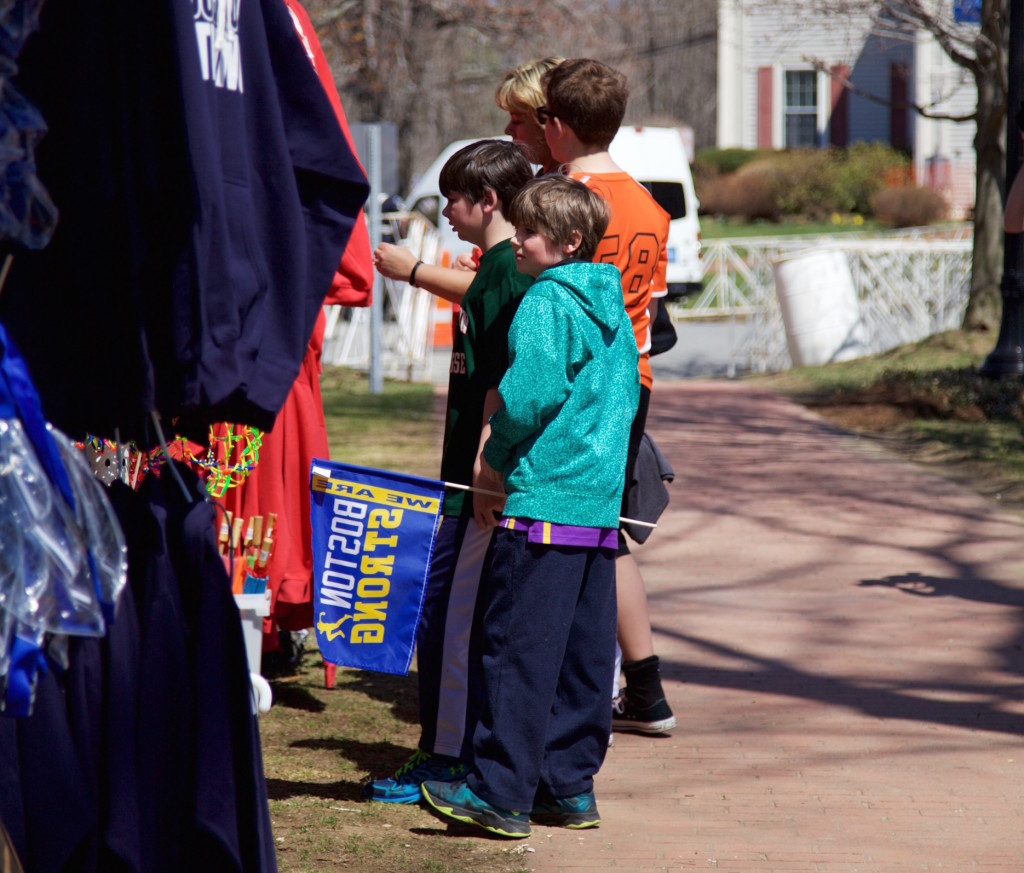 On Saturday and Sunday leading up to the big day, residents of the sleepy hamlet of less than 20,000 celebrate their special place in running lore with a festival in the town’s square.

Local police direct traffic around runners as they pose for a picture standing in the middle of the street on the painted start line. The officers even offer to take the picture for runners.

Life-long resident Dave Welch, Jr. sells prints of his father Davison Welch’s celebrated folk art depictions of the town and its relationship with the marathon. “When I was a kid the race was much smaller, maybe a 1,000 runners.

For locals like Dave Welch, Jr., the Boston Marathon serves as a significant source of childhood memories, as, for one day every year, thousands of athletes and reporters would flood the streets of the town. Welch and his friends would always try to get on TV. “One year, I was standing behind the newscaster making faces. Then my mother saw me on TV, ran out and pulled me out of the shot. All my friends, and the rest of the world, saw me get dragged away by my mother.”

Another year, Welch admits to something he would never be able to get away with today without being arrested. “When we were teenagers, me and a friend set off a firecracker just before the race,” Welch says. “All the runners thought it was the gun to go and started to run. It was chaos. That was the only year the Boston Marathon ever had a false start. I guess that’s my imprint on the history of the race. They said afterward that the starting gun went off by mistake. They even put up a statue of the starter in the square. If I were a kid doing that today I’d probably get arrested for that!”

Going out to Hopkinton and driving the course back into the city is a great way to start Boston Marathon weekend.