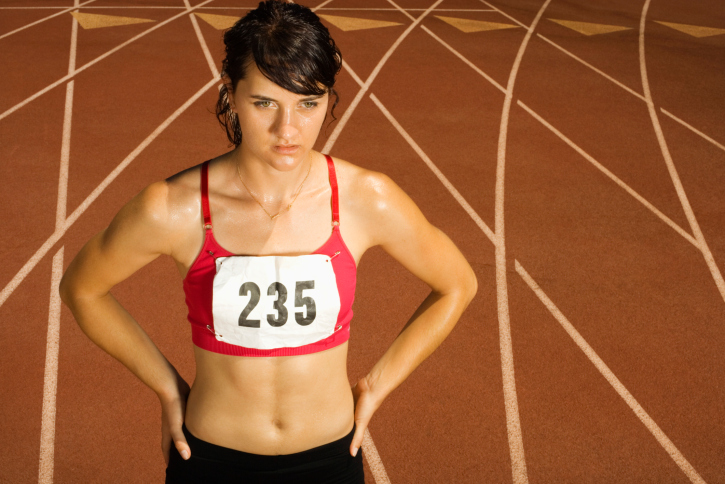 We consider ourselves pretty positive people. What could be more friendly and happy than a Canadian who devotes his/her time to running? Even optimists have their moments though. Canadian runners are allowed to have their pet peeves. Though we make sure to practice proper etiquette, these are the things make us just a little angry on the inside.

1. You shouted “On your left”  but the pedestrian just stared

If only you had a nickel for every time this happened. Yes you realize it’s just about their reaction time. It’s not personal so you feel guilty for being a bit ticked.

2. The traffic lights weren’t in your favour

You know when you’re in the zone and the traffic light doesn’t change by the time you hit the street corner? You’re frustrated it didn’t know you were coming. You also wish those drivers didn’t just judge you for darting across the street anyway…

And they get mad when you correct them. Next time you’ll try to edit the exasperation out of your voice. It’s just an annoying word!

4. Your size was out of stock

You’re all pumped up to go get a new pair of shoes. You spent hours reading reviews and descriptions and you know exactly which ones you want. When your size is out of stock, you’re near tears.

5. Someone drank your chocolate milk

It sounds childish but the chocolate milk is  kind of your thing. How could they?

6. Winter lasted longer than it was supposed to

And every day you were running putting up with slush, windburn and bone-chilling weather. It made you sad and then it just got annoying. At this point, putting on the fleece just makes your deeply upset.

7. Someone told you the route distance in miles

This one isn’t a red-in-the-face anger causer. You just wish that everyone used kilometres for simplicity sake so you didn’t have to do the math each time.

8. You feel strongly about using “PB” versus “PR” and your partner doesn’t understand

PB rolls off the tongue better. It just does! This is a nonsense debate you don’t want to have anymore. It’s the Canadian runner’s version of the pronunciation of “z”.

9. Your phone died right before your run

Now what are you going to do? When this happens your response is usually a loud groan. Then you kick yourself for having forgotten.

10. You calculated how much you’ve spent on shoes over the last three years

And it made you unhappy. Then you remember that at least is was a worthwhile investment and you simmer a little.

11. Someone ate your power bars/ cereal

Not cool. You had been looking forward to those for kilometres.

Canadian geese are nothing like the way they are portrayed in that kids’ movie Fly Away Home. When they hiss, you get right out of their way as fast as possible. At least you’ve got a kick though.

13. Your shoes were more expensive than your American friend’s

And you don’t want to talk about how unfair this is.

14. You had to run on snow and ice forever and the Kenyans didn’t

I mean, how many times have you been running in winter and wondered why you weren’t at a training camp in Kenya? Kenyans got the good running conditions.

15. The kale at the grocery store wasn’t fresh

Now you have to find it somewhere else or settle for slightly wilted kale. This doesn’t make you really that angry. It makes you sad. Don’t be discouraged.

Ughh! And now you’ve missed your run and have to be productive for a whole day at work before you can lace up. This is the worst feeling.

For anyone outside of Vancouver, when you look at the forecast for our west coast friends, you feel just a little bit resentful. They have tulips. You have snow. It’s not fair.