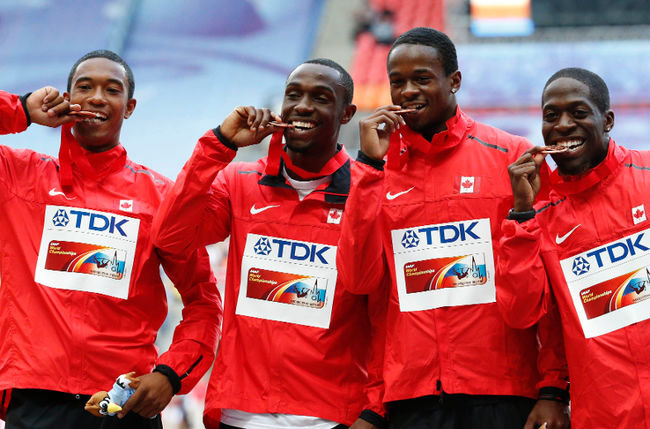 The Toronto Track and Field Centre, located at York University, has had many intended renovations cancelled in advance of the Pan American Games which will see track and field events held there next summer.

The indoor 200m and outdoor 400m tracks are closed to be resurfaced and will serve as warmup areas for the Pan Am Games, but the resurfacing was supposed to come with other renovations to the training facility, which remains largely how it existed during the 1980s. The planned renovations included an extension to the indoor straightaway, a new meeting room and new weight lifting facilities, but those have been canned for the time being.

The renovations in total were expected to cost $3.6 million. The new facility across the street, which will host the actual track and field events but will not be used for training or warmups, is costing $45 million.

The facility now is home to many of Canada’s best sprinters, including members of Canada’s men’s 4x100m relay team, which won a bronze medal at the 2013 world championships. For now, the sprinters are stuck training at a different outdoor facility while the weather continues to get colder, a time of year when they would generally begin to head indoors.

“We had this expectation coming into the year where we thought, ‘This is going to be so amazing, we’re going to have an indoor facility, we felt like we were really being taken care of, Pan Ams are coming so everything is going to be great and it’s going to be the perfect setup for Rio” hurdler Phylicia George told The Canadian Press. “But it’s been the total flip of that where we’re kind of out on our own, like ‘Figure things out for yourself, and get it done however you can get it done.'”

The renovations may be revisited after the Games are over, but there is still no assurances of that. Until then, the sprinters are still confined to a small room which is used for weightlifting, physiotherapy, meetings and storage.