Calum Neff and his four-year-old daughter Alessandra brought the world record for fastest marathon run while pushing a stroller back to Canada. The Katy, Texas residents, who have roots in Canada, set the world record mark by finishing in 2:31:21, more than 10 minutes better than the previous mark.

Neff, who also owns the world record for fastest half-marathon with a stroller (1:11:27), went through the halfway point at the Scotiabank Toronto Waterfront Marathon in 1:14:31. His half-marathon record was set earlier in 2016, but with his youngest daughter, Holland. 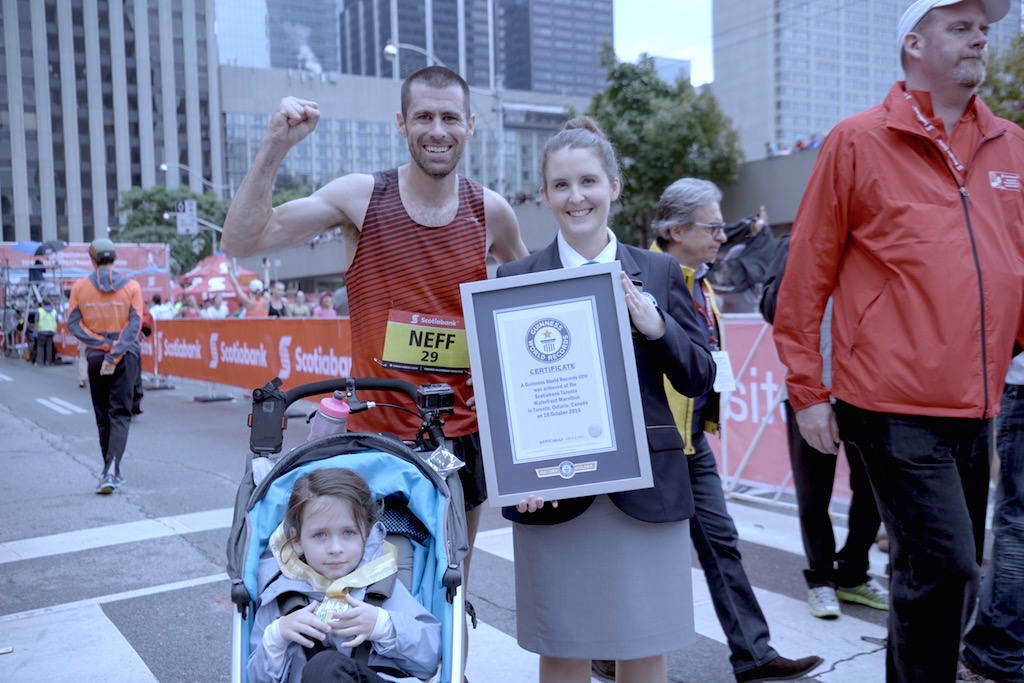 The official title of the record is “Guinness World Record for fastest marathon pushing a ‘pram.'”

The 34-year-old has family ties in Toronto so Sunday’s race served as somewhat of a home course event. He wanted to break 2:32 and did so by 39 seconds. The previous world record was 2:42:21, held by American Michael Wardian. Former Canadian Running editor Michal Kapral was the first to set a world record with a stroller back in 2004.

Because of official Guinness judges being on-site, the record was ratified on Sunday rather than needing to go through the lengthy process of record ratification. Neff has a lifetime non-stroller best of 2:22. Neff noted that he has the fitness to better that mark with his benchmark being the impressive 2:31 marathon on Sunday.

Neff and Alessandra averaged 3:35 per kilometre for 42.2K. He also live streamed the event through his Facebook page as fans got to see the action unfold as it happened.