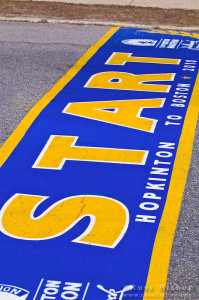 American record holder in the marathon and half-marathon, Deena Kastor has joined up with the production team for an upcoming documentary on the Boston Marathon.

Granted exclusive access to the Boston Marathon, LA Roma Films has been working on the documentary, Boston, since early 2014 and have built a team which can be expected to ace the production. Directed by Jon Durham, known for his work directing Spirit of the Marathon, the Boston documentary is expected to be released in 2016. It’s being produced by Megan Williams.

Kastor has worked with Durham and Williams before during her time as an athlete as a main character in Spirit of the Marathon. She will work as an executive producer on Boston.

“I am proud and exhilarated to join Jon and Megan in the production of Boston” said Kastor in a press release. “This movie is a great opportunity to showcase the historical significance of this race as well as the extraordinary impact it has on the lives of runners. I am motivated to bring the Boston Marathon to audiences in a way that inspires runners, creates runners, engages fans and makes all those involved in this race proud of what they’ve created.”

Kastor, one of the United States’ most successful marathon runners, will bring a valuable perspective as a former professional athlete to the production team.

The movie will document the history of the Boston Marathon, from early Olympic marathons, through the first races in Boston, to the modern era. The race has a storied history which is entwined closely with its host city, most recently being the centre of 2013 terrorist attacks which led to a multi-day manhunt through the city.

Below is the trailer for the filmmaker’s last marathon-themed documentary, Spirit of the Marathon II.