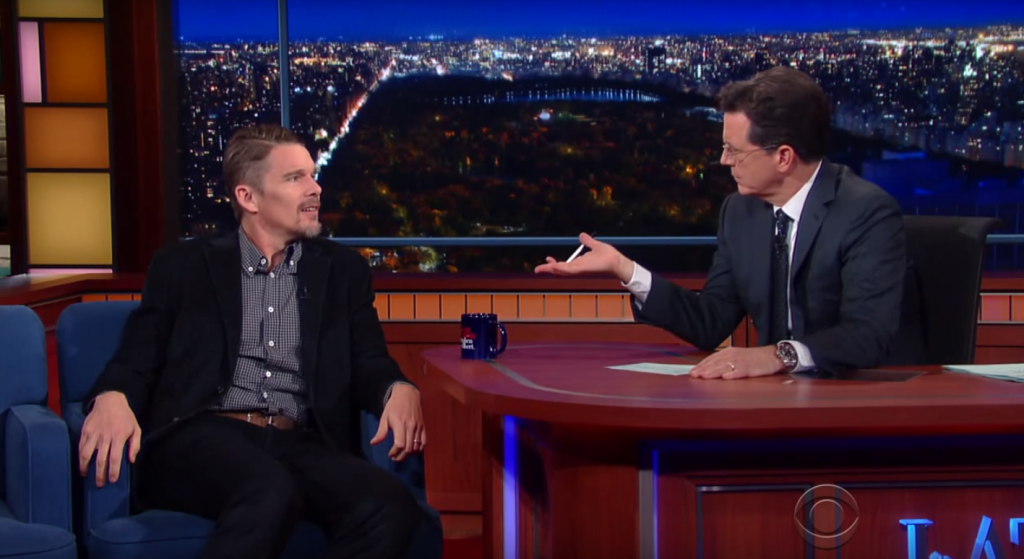 Ethan Hawke is many things including an actor, writer and director.

Most wouldn’t associate Hawke with being a runner but the four-time Oscar nominated celebrity ran the 2015 TCS New York City Marathon on Nov. 1.

Hawke was featured on The Late Night Show with Stephen Colbert, where Hawke opened up to the struggles of racing a marathon as well as the last-minute regrets runners experience on the starting line.

“Right before they fire the gun, I thought ‘why am I doing this?'” joked Hawke. “My wife wanted to run so it was a fun thing to do together but I kept thinking that something would come up and I wouldn’t have to run.”

RELATED: How the celebrities fared at the New York City Marathon.

The running-related portion of the video begins at the 0:50 mark.