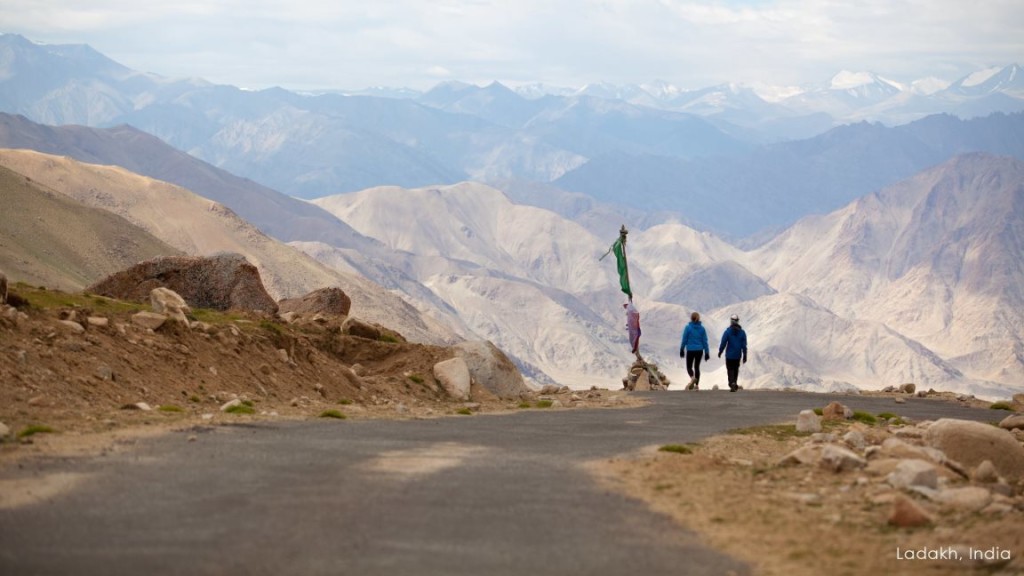 Rebecca Byerly can list print, video and radio journalism, as well as teaching on her resume. The rest of her time is spent adventure racing, competing in numerous ultra-marathons around the world. Her latest project is a documentary film called Women of the Mountain, which follows female ultra-marathoners and mountain inhabitants through their journey to overcome cultural, physical and gender barriers.

Canadian Running: How was the idea for the film born?

Rebecca Byerly: For the last ten years I’ve been living in the Middle East, Egypt, India, working as a journalist and covering the challenges that women face, but I’ve also met inspiring women. Coming from a background where domestic abuse was prevalent, I wanted to show the power that women have. Ultra-marathoning is one of the sports where women can beat men. I have been running ultras since I was twenty. I see it as a vehicle to tell the compelling story of femalehood: of overcoming and of becoming entreprenuers. This isn’t just the story of female runners, it is the story of rising above and that message is genderless.

At a certain point in my ultra-running and journalism career, I realized that the stories to be told here were bigger than an article. I love working for the NY times and National Geographic, but I knew this was what I had to do. We have filmed half of the documentary and are trying to fund the rest through kickstarter. We believe in the stories that these women have to tell and we hope that we get to share it with the world.

I met Natasha working on a story about Hindu pilgrims, she was a photographer and I was a reporter. She had done a lot of work in Africa and when I developed the concept for the film I knew that she was who I wanted to work with. 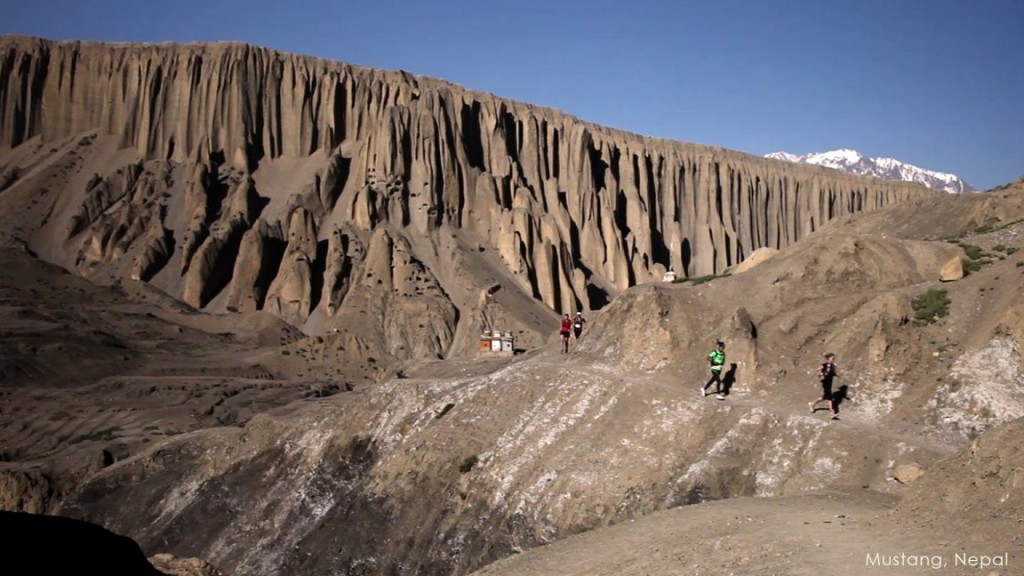 CR: How did you find these women?

RB: There are six different women, three runners and three women that live in the mountains. To find the ultra-marathoning women, we looked at races over 200K, that were at elevation and that were new unheard of events. It was at a 222K ultra race in the Himalayas, La Ultra the High, that I found Aparna. Other than myself, she was the only woman and she was the first Indian woman ever to take on a race like this.

Now, you don’t immediately know if a person has a story, but it wasn’t long before we saw the tiger inside of her. She missed the first cutoff and did the race self-supported. La Ultra features an oxygen content of 40 per cent of what it is at sea level and temperatures varying from 40C to -10C. To train, Aparna was waking up and putting on her shoes and running in India where the culture and the environment is not conducive to women running.

The local woman that we featured in the Himalayas was named Thinlas, I found her through friends that were professional skiiiers. These friends were planning on trekking to take cross-country skis to a village that gets completely cut off during the winter. This way, in medical emergencies, they would have some way of getting help. They told me that the person taking us on the trek is female and her entire trekking company is run by women. You don’t find that in India. She grew up herding goats in the Himalayas. She wanted to be a mountain guide, but she was told that was not a job for a woman. She started her own trekking company, which employs 26 women.

In Switzerland, at the Swiss Irontrail race, a 200K race through the Swiss Alps, we profile Anke, who used to be a runner on the German national team. Part of this film is overcoming culture, overcoming gender and now with Anke, we look at overcoming age. Speed is not as relevant in ultra-marathoning as sheer endurance to get through the race. She was a little bit nerdy, really into the mathematics of racing. She’s so genuine, so original in who she is. In this race, 135 people start, 36 people finish, 5 of them are women. That race was just simply hanging in there. It’s really how you overcome. She was sick most of the race. She was last. People never celebrate last, but we really should. 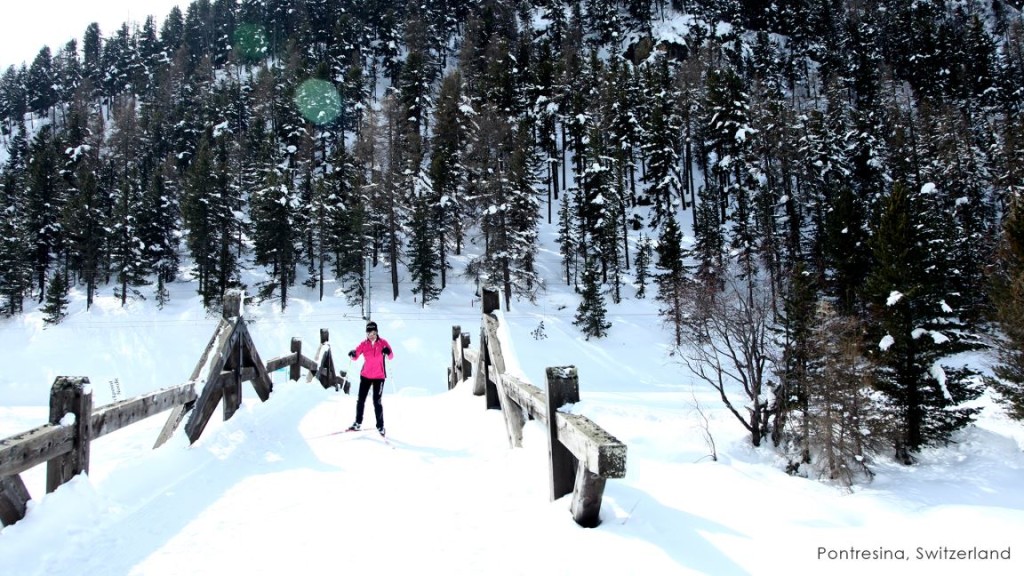 The local woman in Switzerland, Karin, she was on the Olympic nordic ski team in 84 and 88. They finished in 4th. She tells the story of how you can only be the best for so long, before someone will replace you. She went from being an Olympic athlete to becoming a mom running a ski and bike business.

The final race that we will be covering is the Tahoe 200, a 322K race, the first of its distance to be held in the United States. We will be profiling a Native America woman whose tribe calls the Sierra Nevada Valley home and a determined American mom who is running the 322K race.

CR: What have you learned from these women?

RB: I would say with Thinlas, it was how to rise above cultural barriers with grace. She established this trekking company against all odds, but she has still managed to maintain a good relationship with her community. And she’s looking out for other women. She embodies what she loves, the Himalayas. I think we all want to do what we love with our lives and I have so much admiration for her for doing it. She chose a completely different path and no one paved it for her.

Aparna, her defiance inspired me. Her stance: ‘it is not okay for you to tell me that I can’t run, that there is no reason that I don’t belong on the streets running,’ is really like walking through fire where she is from. I’m sitting in D.C. right now, where women don’t think of anything of running on the streets and it is quite something to consider the disparity. 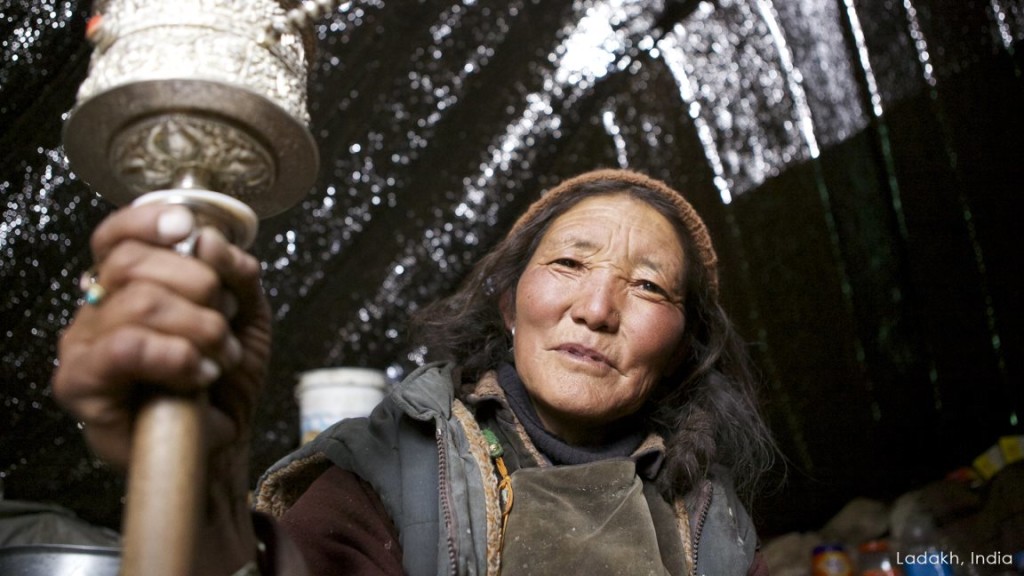 When we missed the first cut off of La Ultra (we only missed it by six minutes), I thought it was over. Aparna just said: “it doesn’t matter that it doesn’t count, I have to finish.” We were at 18 thousand feet, there was nobody at the finish line and there was no glory, it was just for the true love of the sport. Just to finish.

CR: How are you training for your 200-mile ultra in September? What’s your training program look like?

RB: Haha, a program would be great. I live in New Delhi, so when I’m there I have one training partner. I’ll run 11K to meet him, we’ll run 10K and then I’ll run the 11K back. I go to pilates because I think that your core is absolutely essential. When your form starts to break down because you’re tired, that’s when you really need a strong core. When I’m in the states, I’ll run with the Virginia Happy Trails Running Club up in the trails of northern Virginia for up to 8 hours at a time. To be quite honest, it’s been challenging with injuries to have the training time that I’d like. This weekend I’m in the states so I’ll run thirty miles back to back. I do yoga for both my physical and mental health.

When I told Rebecca that I’d follow up over email if I had any more questions to ask her she laughed and (true to form) admitted “I had my phone in my camelbak on a run and it got a little wet, so my email is being a little difficult right now.”

The message of the documentary is that “Life is not about finishing first; life is about going beyond your limits.” To watch the trailer, click here. To visit the kickstarter page, click here.