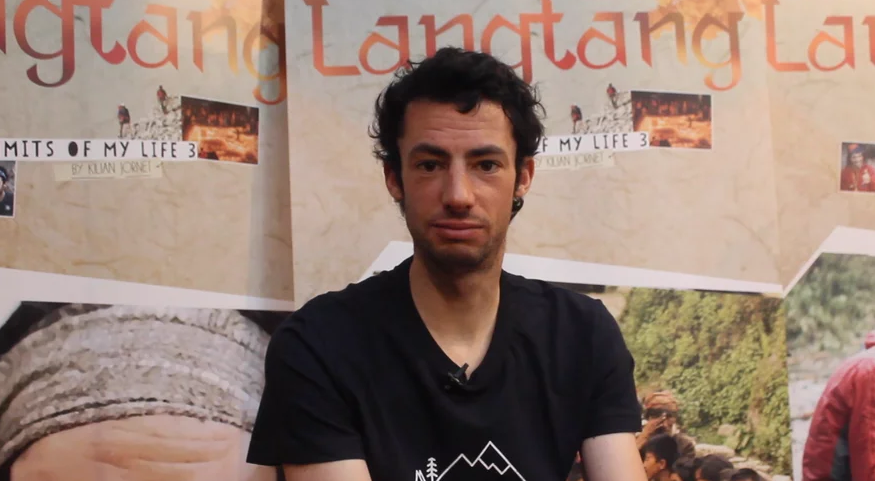 Distance runner Kilian Jornet, known as the best trailrunner in the world, has announced that he is taking on a new project: to rebuild 116 houses in Nepal’s Langtang Valley after the earthquake which hit Nepal earlier this year.

The project is being promoted by the film Langtang which is the third of Summits of My Life– Jornet’s personal project. The movie, which is to be released in Barcelona on Dec. 12, tells the story of his journey into the heart of Nepal. As well as Jornet, it follows Jordi Tosas and Sébastien Montaz-Rosset in Nepal.

The film was presented Friday morning though the official premiere is happening on Saturday. With its opening, Summits of My Life is raising funds to rebuild the 116 homes lost by families who lived in Langtang Valley before the destruction.

Jornet’s group planned on going on an expedition of Mount Everest, but two days before leaving is when the Nepal earthquake hit. The 7.8-degree earthquake on April 25, did incredible damage to Nepal with Langtang Valley being hit especially bad. The village was completely buried thanks to a landslide which brought snow, ice and rock over it.

Tosas said that returning to Nepal to see its devastation was a harsh reality.

“I had been in Langtang just a month before and it had been amazing,” said Tosas in a press release. “Going back there was like entering hell: there were no roads, no houses, only debris and dead bodies. I could feel the absolute devastation of a valley, the sadness of having lost many loved ones and the helplessness of not being able to do anything.”

So the team is doing what they can to help. Jornet says he will give a hand where it is needed

“We wanted to show what happened there and what we could do and Nepal and the people there are rising to grow again,” he says. “It has been my project to run different mountains all around the world and now we have a new one– the most difficult summit we can see: We want to build 116 houses in valley. So we will give everything to reach this summit and make this possible.”

The survivors of the earthquake were evacuated back when it happened. Some returned, but to no home. Jornet is hoping that the project will be successful and that the construction of 116 homes will mean that the residents of Langtang Valley will no longer be homeless.