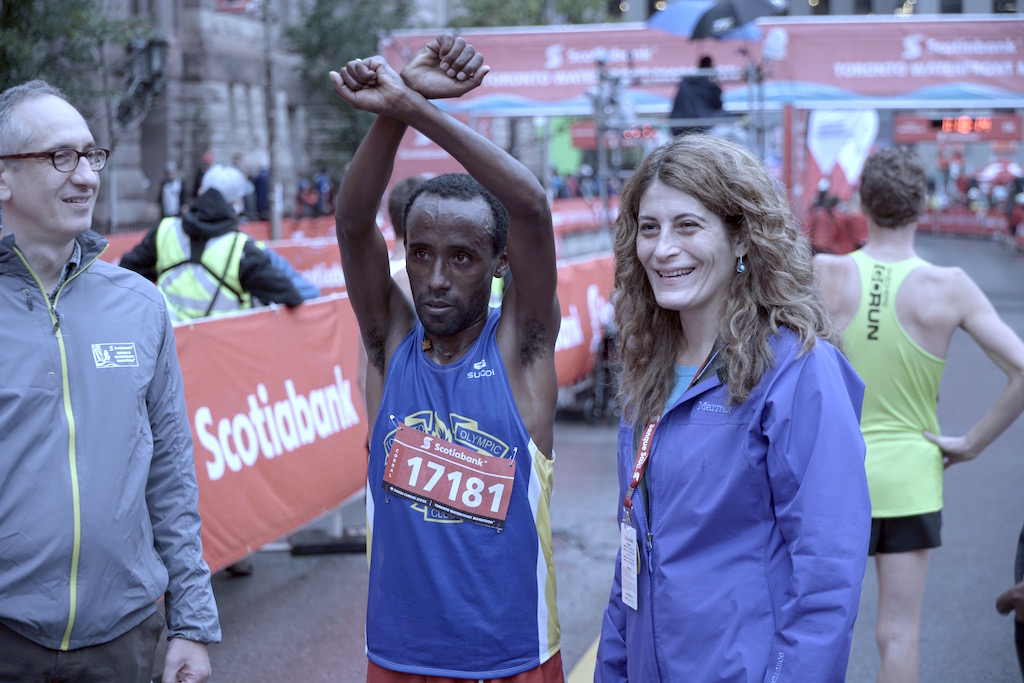 The string of protests against the Ethiopian government among Canada-based runners continued on Sunday as Kindi Asefa crossed his arms above his head at the Scotiabank Toronto Waterfront Marathon. The Toronto Olympic Club athlete won the half-marathon in 1:08:34 and made an “X” above his head– a gesture in solidarity with the Oromo people.

The Oromo protests gained international attention at the Rio Olympics when Feyisa Lilesa famously crossed the finish line in second place in the men’s marathon while performing the protest. The Oromo people cross their arms above their head to imitate being handcuffed.

Lilesa is currently in the United States with a special skills visa and did not return home to Ethiopia because he feared for his life.

According to Human Rights Watch, as many as 500 people have been killed in the protests between November 2015 and June 2016. The protests are occurring because the Ethiopian government is extending the capital city’s municipal boundary which is forcing the Oromo people away from their homes.

The boundary is extending into Oromia, home to much of the country’s Oromo people. The Oromo people are the largest ethnicity in the Horn of Africa. The Oromo people, according to BBC News, claim that the government is oppressive and that they have been marginalized.

After Lilesa’s political protest at the Olympics, Ebisa Ejigu made the gesture at the Quebec City Marathon. Soon after, Hajin Tola made an “X” with his arms at the CanKen 5K road race in Mississauga, Ont. Asefa, along with Tola and Ejigu, all train with the Toronto Olympic Club.

On Sunday, Asefa won by 10 seconds over Matthew McNeil. Erin McClure was the top woman in 1:20:40.