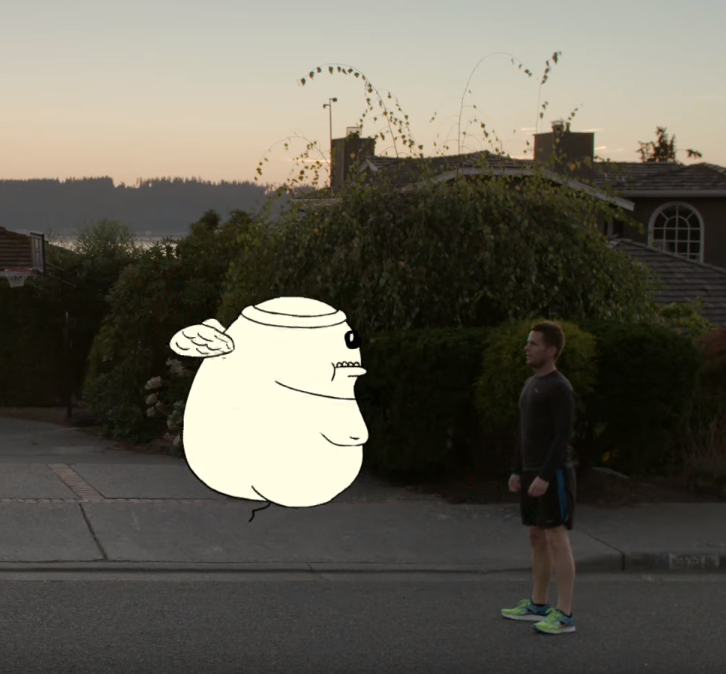 Matthew Inman, 32 and better known as the genius behind the web comic The Oatmeal, is the latest name featured in Saucony’s “Seeker Stories,” which looks at runner’s personal stories.

Inman began running when he was 23 and admits he runs to fight hangovers and to burn off the corn dog he had for breakfast. No pilates, no kale, Inman runs only to burn calories.

RELATED: Book review: The terrible and wonderful reasons why I run long distances.

“I wish I could tell you I ran because it’s good for my heart, but really I run so I can eat birthday cake.”

Whenever the thought of quitting creeps into Inman’s mind, he reminds himself of the “Blerch,” an overweight, sad version of himself which continually chases him. A spirit animal as Inman states.

The mini-documentary was filmed at Inman’s house in Seattle and all the animation is done by the cartoonist himself.