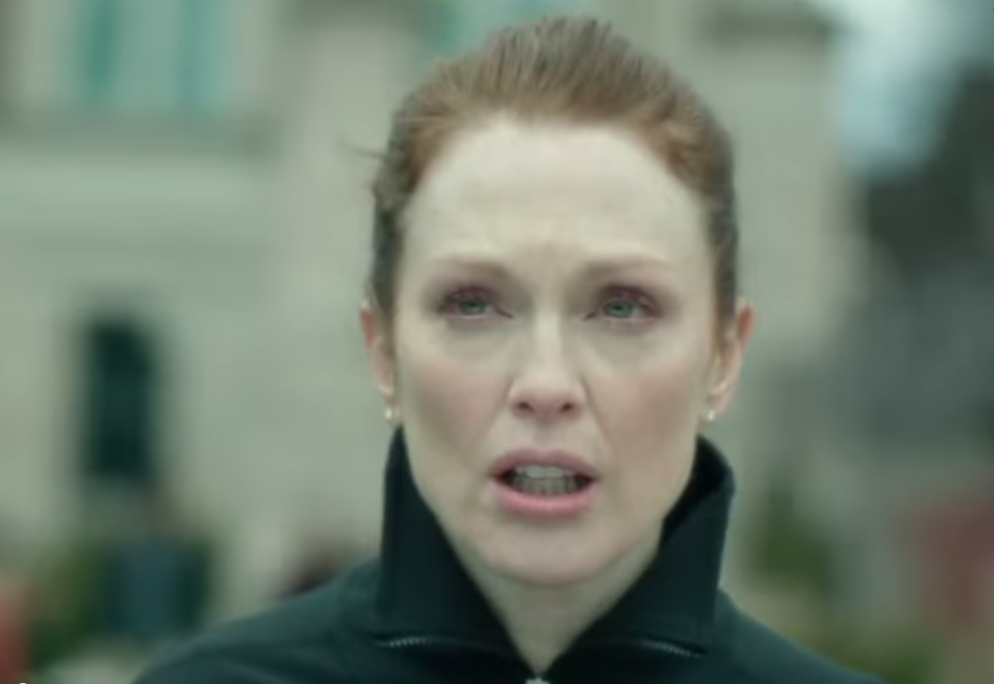 Runners who are film fans getting ready to watch The Oscars tonight, have surely taken note of Julianne Moore’s performance in Still Alice.

Moore is nominated “best actress” in the movie where she plays Dr. Alice Howland, a 50-year-old linguistics professor from Columbia University who gets diagnosed with early-onset Alzeimer’s disease.

Throughout the movie, viewers will see how running plays a major role for Alice Howland both before and after her diagnosis. It’s during her daily run on campus that she becomes disoriented and gets lost on a running route quite familiar to her. The incident leads her to seek medical treatment and eventually discover her illness.

Soon she gets diagnosed with early-onset Alzheimer’s  and Moore’s character has to deal with the disease that begins to take hold of her. She grapples with the condition struggling as parts of her life start to escape from her. She forgets dates, appointments, conversations and words and has to leave herself reminders for even the most basic things in her life as her memory deteriorates. Her work as a linguist becomes a battle and her husband and three grown-up children work to support her.

Throughout all of this though, running stays constant in her life. The movie features several scenes of Moore running after that first run where her Alzheimer’s symptoms first appear. Runners will feel satisfaction when Moore’s character laces up to run solo despite her illness but will also feel sympathy for the woman who is physically able to run with her husband yet gets lost in her own home unable to find the bathroom.

All in all though, runners who watch this movie will appreciate the common theme of running through illness. Many will relate to the sport’s ability to conquer medical ailments and serve as an escape during tough times. Watching the character rely on the sport as her memory frays adds another level of honesty to the story– one that runners will understand.