The Oak Bay Secondary School student moved to Victoria from Terrace, B.C. to pursue running for his Grade 11 year. He moved away from his family in hopes of taking his athletic career to the next level and currently trains under one of Canada’s all-time great marathoners.

“In Grade 8, I knew running was what I was best at,” the now-Grade 12 student says when talking about his past as a multi-sport athlete. “I didn’t get faster after my Grade 10 year and I knew I needed to switch up my training somehow.”

Dozzi says that it took “a bit of arguing” to convince his mother of the idea of moving south to Victoria. Running with a team and his overall feeling of Oak Bay Secondary contributed to the motivation to make the lengthy 600-kilometre move from northern British Columbia. 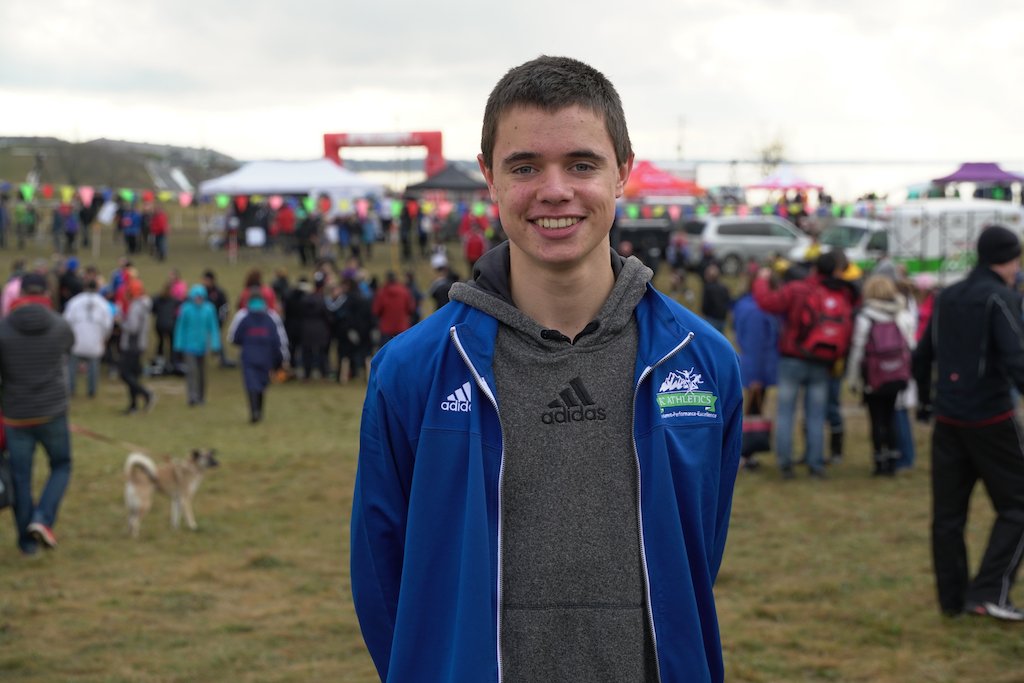 Dozzi was forced to sit out his Grade 11 year at Oak Bay because of transfer rules in the British Columbia sports system. He says that the move has been worth it; he won the B.C. Cross-Country Championships as well as the B.C. High School Championships this fall. He is training under Prairie Inn Harriers coach Bruce Deacon, a two-time Olympian in 1996 and 2000. He says training under Deacon was the main consideration when deciding specifically on Victoria.

In the post-race interview with Canadian Running, Dozzi chats about his race on Saturday as well as the decision to make a rather significant move in high school to pursue running rather than a more-traditional transition between high school and university or college.

Prior to winning the youth boys 6K, he borrowed a pair of spikes from a local shoe collection group, The ReRUN Shoe Project, after misplacing his own set. He switched out the 5 mm spikes with 15 mm studs in an effort to increase traction on the muddy course.

At the Fort Henry course in Kingston, Ont., Dozzi covered the youth boys 6K course in 18:50.9 winning by nine seconds over second-place finisher Joshua Desouza. When asked of his biggest inspirations, Dozzi names three Canadians. The first is Justyn Knight, the runner-up at the NCAA Cross-Country Championships, because of his “attitude and the way he runs,” 2016 Olympic 5,000m fourth-place finisher Mohammed Ahmed and national 10,000m record holder Cam Levins.