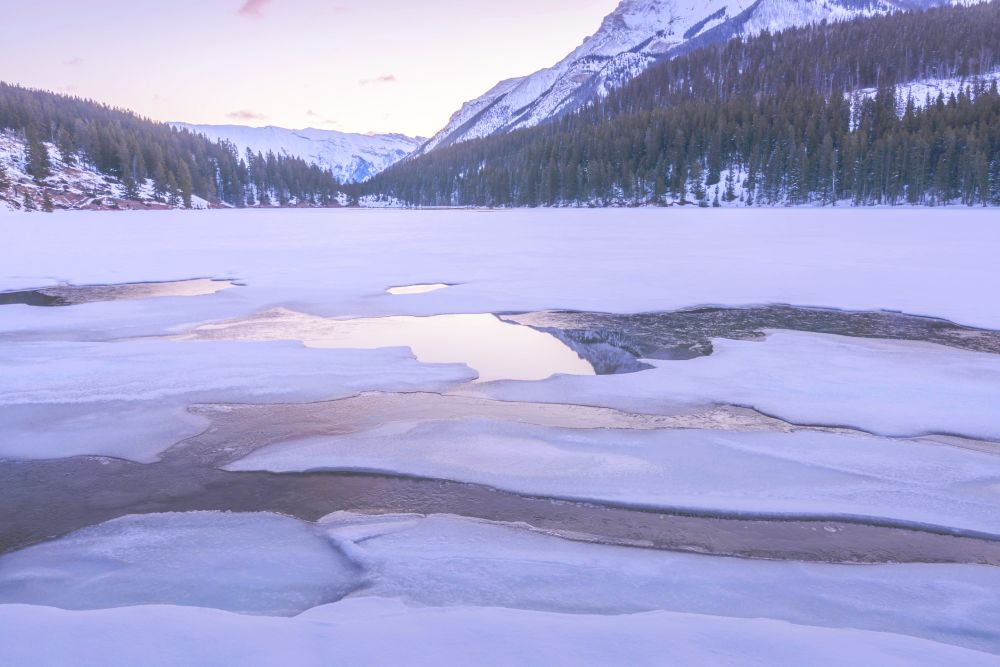 It’s that time of year when it seems the whole country has frozen over. Getting out for a run usually requires scraping together a bit more motivation than it does during other times of the year so it doesn’t help to know that once out, there are seasonal dangers to be aware of.

One big example: thin ice. While sticking to the roads or a well-travelled trail doesn’t usually warrant exercising caution about ice safety, it’s possible that with a heavy snow cover, runners may venture too far onto a creek or river without really noticing. Slippery trails running alongside a body of water could also end up with runners slipping a bit too far and falling through the ice.

Whether or not that’s a realistic possibility based on where you’re running, it doesn’t hurt to have the knowledge of how to get out of a partially frozen body of water.

The video below shows a set of steps on how to safely get back to land. When falling through ice, first relax. While the body goes into shock as a response to the frigid temperatures, don’t panic and recognize that you will get out of it. Lay the arms flat against the sides of the ice and then rather than pulling your body straight up, float the legs backwards and start kicking. That will create momentum to move the body forward until you can eventually crawl out. When that happens, don’t stand up but slowly crawl until you are on a more solid ice cover.