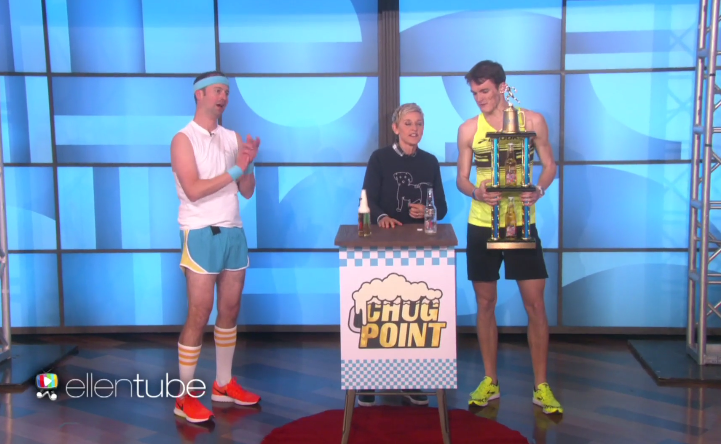 Kent raced one of Ellen’s staff members while on the show, before earning the first-ever Ellen beer mile trophy. The beer miler also earned a one-year supply of Amsterdam Blonde beer, the brand he uses while racing.

The full episode will be aired this evening on CTV at 4 p.m. EST.