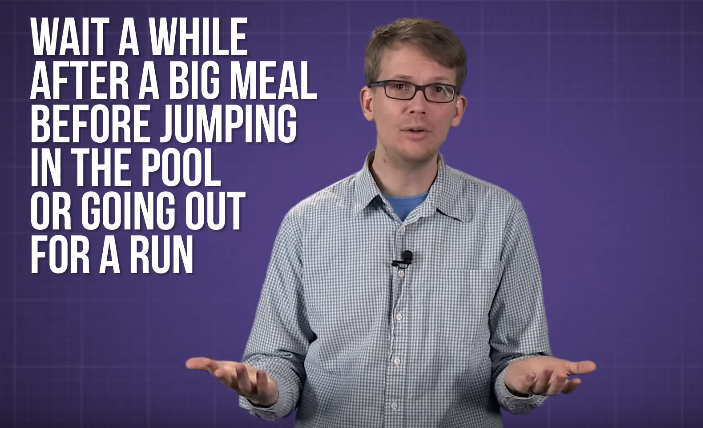 Breathing is under control and legs are feeling good when out of nowhere you’re hindered by side stitches which typically feel like a sharp pain in the abdomen area.

It’s a common occurrence for many runners — 69 per cent of runners have experienced side stitches according to a 2000 study — but the causes remain inconclusive.

RELATED: Video: Discovery News explains why humans are made to run far.

SciShow, a series that discusses science news, history and concepts, looks to answer the question of “what’s causing that stitch in your side?”

The latest video, which has attracted more than 600,000 views since being released on Dec. 29, 2015, uses a number of studies done on exercise-related transient abdominal pain (stitch) to attempt to find the underlying cause.

Host Hank Green notes one explanation is the in and out movement of a runner’s thoracic diaphragm (or simply diaphragm). When exercising, the diaphragm may be overextended resulting in the sharp pain associated with side stitches.

RELATED: Fix that nasty side stitch.

Another explanation offered by SciShow and backed by studies is the repeated strain put on the diaphragm when a runner’s foot hits the ground in unison with exhaling. The continuous strain may cause the diaphragm to spasm resulting in side stitches.