Runners plan their days around work and family obligations and their daily training. Those are the pillars of most weekdays. However, what some runners forget is the importance of everything they do outside of training. While every day won’t be perfect, the longevity of a runner’s career and improvement in personal performance can be hugely affected by how they recover from every session. One of the biggest parts of recovery is nutrition.

Under Armour Director of Human Performance Michael Watts wants runners to know that everyone is different, and nutrition is far from a one-size-fits all solution. However, there are certain myths around running nutrition that need to be debunked, and some small changes that can be made in runners’ diets to make a big difference in overall performance.

Runners have long believed in “the 30-minute window.” This time frame was known as a critical period for replenishing calories burned during exercise. However, Watts says that this period doesn’t exist. “The magical window is a myth. When you start to look at some of the research [that promotes this practice], it’s been done when participants are fasted or semi-fasted. If you’ve been in a fasted state, of course you’ll recover better if you eat something.”

Watts reassures runners that eating properly through the day negates the necessity of eating immediately after exercise. “With normal feeding, your body should replenish its stores. For most people working out once a day, that magical window is not so critical. If you’re doing double or triple sessions that’s different, but for most recreational runners, you don’t need a snack right away.” 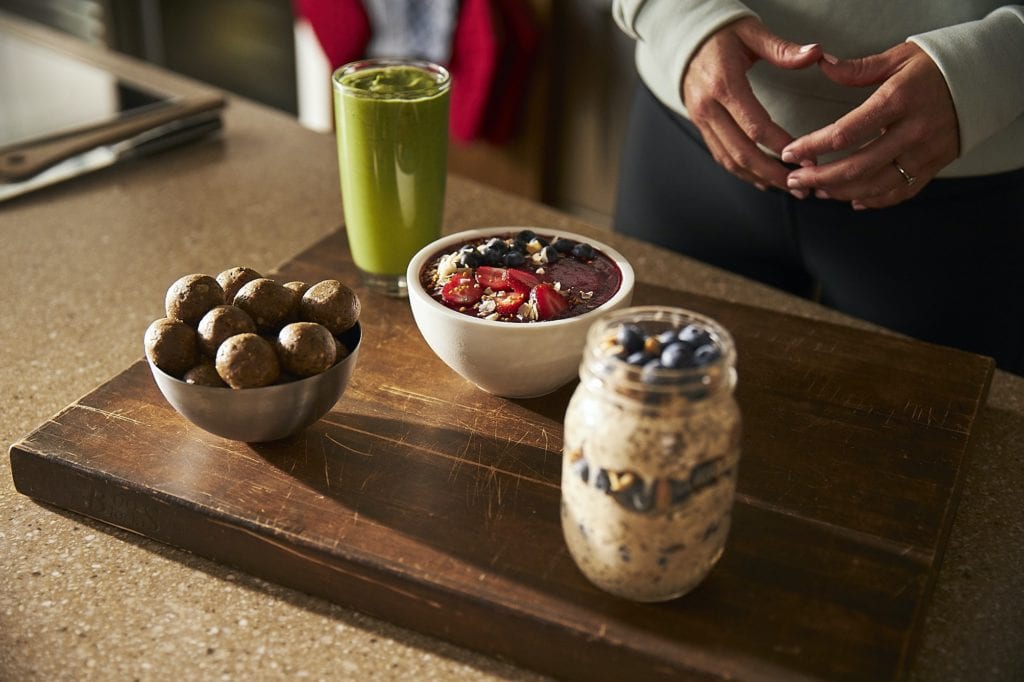 There’s a difference between wellness and performance

Watts wants runners to remember that performance and wellness are two different concepts, and that performance nutrition and everyday nutrition require different mindsets. Performance nutrition is centered around one competition or training session, and everyday nutrition is all about balance. For example, eating hundreds of calories of simple carbohydrate (sugar) wouldn’t be considered healthy from a general wellness point of view, but it’s crucial for a good marathon performance. A salad just won’t cut it when you get to kilometre 30. At the same time, as he explains, “You need to be hitting your daily energy needs, but you also need to be eating good, balanced meals.” Elite performance can be hard on the body, and focusing on wellness makes up for that.

Watts feels that nutrition is one of the most important aspects of recovery, so if runners are looking to get the most out of their run, training doesn’t stop with the watch. “You’re looking to eat real, whole foods, in a hunger-driven state.” Runners can track their nutrition with Under Armour’s connected fitness apps like UA MyFitnessPal™, which will give accurate predictions for calories in and calories out. Measuring calories occasionally (but not obsessively) can be a good way to ensure runners aren’t underfueling. The app does this through customized macro goals, food insights and nutrition tracking – all of which help you to understand what you’re eating.

Watts also reminds runners that the calories in an avocado are very different from the calories in potato chips. “You need to consider that actual quality of the food you’re eating and not just calories in and calories out. I’m a big proponent of quality, and that simply comes from consuming whole foods.”

Overall, Watts feels that nutrition is critical for performance, but also extremely personal. He believes that if runners are eating whole food and balanced meals, eating when they’re hungry and listening to their bodies, they really can’t go wrong.

Nutrition doesn’t need to be complicated

UA athlete Aisha Praught-Leer is a 1,500m runner and 2016 Olympian who competes for Jamaica. The runner has seen the highest level of sport and feels that nutrition doesn’t need to be complicated. “There really aren’t bad foods. Of course we can fuel ourselves optimally with good nutrition, but you have to have enjoyment as well.”

There’s a common trope in distance running that thinner is faster, which isn’t true and thankfully is becoming a thing of the past. Praught-Leer reminds runners that there shouldn’t be guilt associated with food. Obviously, to be one of the best in the world you need to eat well, but there’s certainly such a thing as seeking too much control over your diet. “I think it’s a misconception that all elite distance athletes eat a really strict diet. I eat bacon, I eat whole eggs, if I want a muffin I eat a muffin. Eating freely is part of being a well rounded person and athlete.”