Every good running program includes speedwork. Some of that will be on the track or set intervals, but part can be done in a fartlek format. Fartlek is a Swedish word that means “speed play” that has been adopted by the global running community, and these workouts are just how they sound — they’re an opportunity to play with your speed. Fartlek running is unstructured speed work within a steady run, with random bursts of up-tempo running that last 10 to 20 seconds each. This is a great workout to try, because unlike interval runs on the track or with set times, your mind and body have no idea when the next surge of fast running is coming.

“Isn’t a fartlek just interval training?” David Joseph gets this question a lot. Joseph is an Under Armour runner and founder of the YAMAJO Run Crew in Montreal, and he often has his athletes do fartlek workouts, which he says are similar to intervals, but intervals “are more planned and predetermined. You know exactly when and where you’re doing what.” Fartleks, he says, are beneficial because they help with an athlete’s mental toughness.

“At any point, you could have to pick up your speed,” he says. “An example could be if you’re out running by yourself and you see somebody further ahead and you try to catch them. Naturally, you just start running faster. That could be considered a fartlek. You didn’t plan it, you weren’t expecting it, you just ran faster.”

Another Under Armour trainer, Rich Hesketh, is also an advocate of the fartlek, just like Joseph.

“Randomly give yourself something to run to at a higher tempo or a higher cadence,” says Hesketh, a former Canadian national decathlon champion who has more than 25 years of experience as an athletic development coach. “So that might be a tree or a lamp post, or it could be a hill that you up your tempo to get over.” Hesketh says the best way to structure a fartlek run is to really have no structure at all. Keep it random and keep your body guessing. 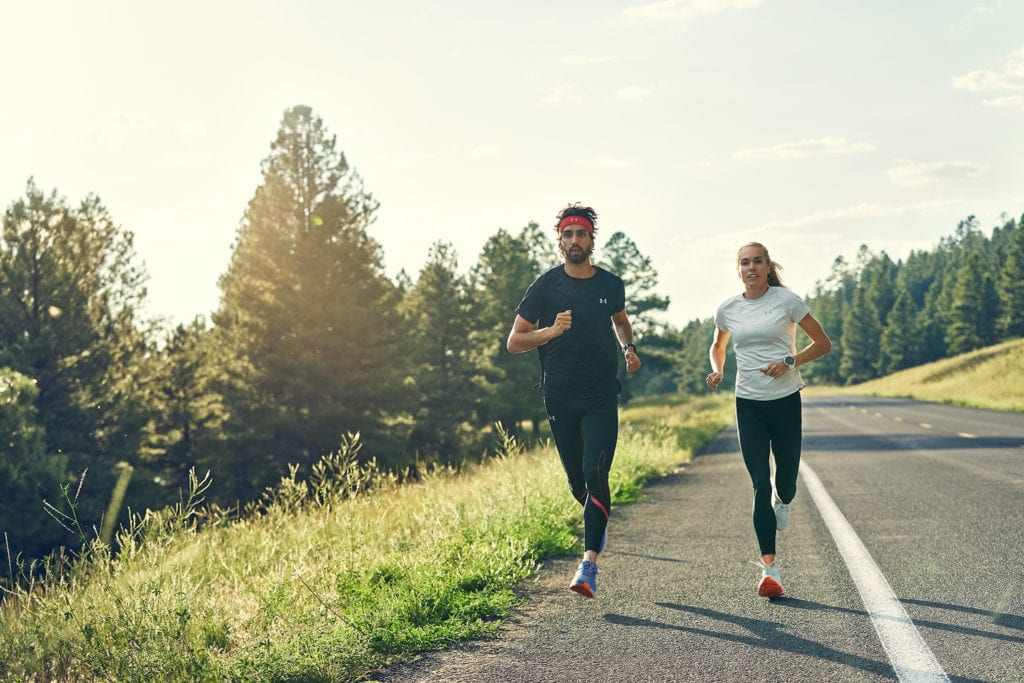 Hesketh reminds runners not to just add fartlek workouts to their regimen without considering the rest of their schedule.

“It’s all part of the 80/20 rule,” he says. “The 80/20 rule means that 80 percent of the runs that you do will be your steady, slower paces, and 20 percent of your runs should be higher-intensity tempo, interval or fartlek-style runs. That essentially means that every fifth run is something at a higher tempo.”

Joseph says he likes to have one or two fartlek runs on his training schedule every week, but like Hesketh, it depends on the 80/20 rule. At the start of the week, he looks to see if he does, in fact, have 80 percent of his work scheduled as easy, steady runs. An article in the MapMyRun blog touches on the 80/20 rule, stating, “polarize your training with the principle of keeping your easy days [at a lower intensity] and your hard days [at a higher intensity]. Avoid running the same mileage and the same pace, day in and day out.” 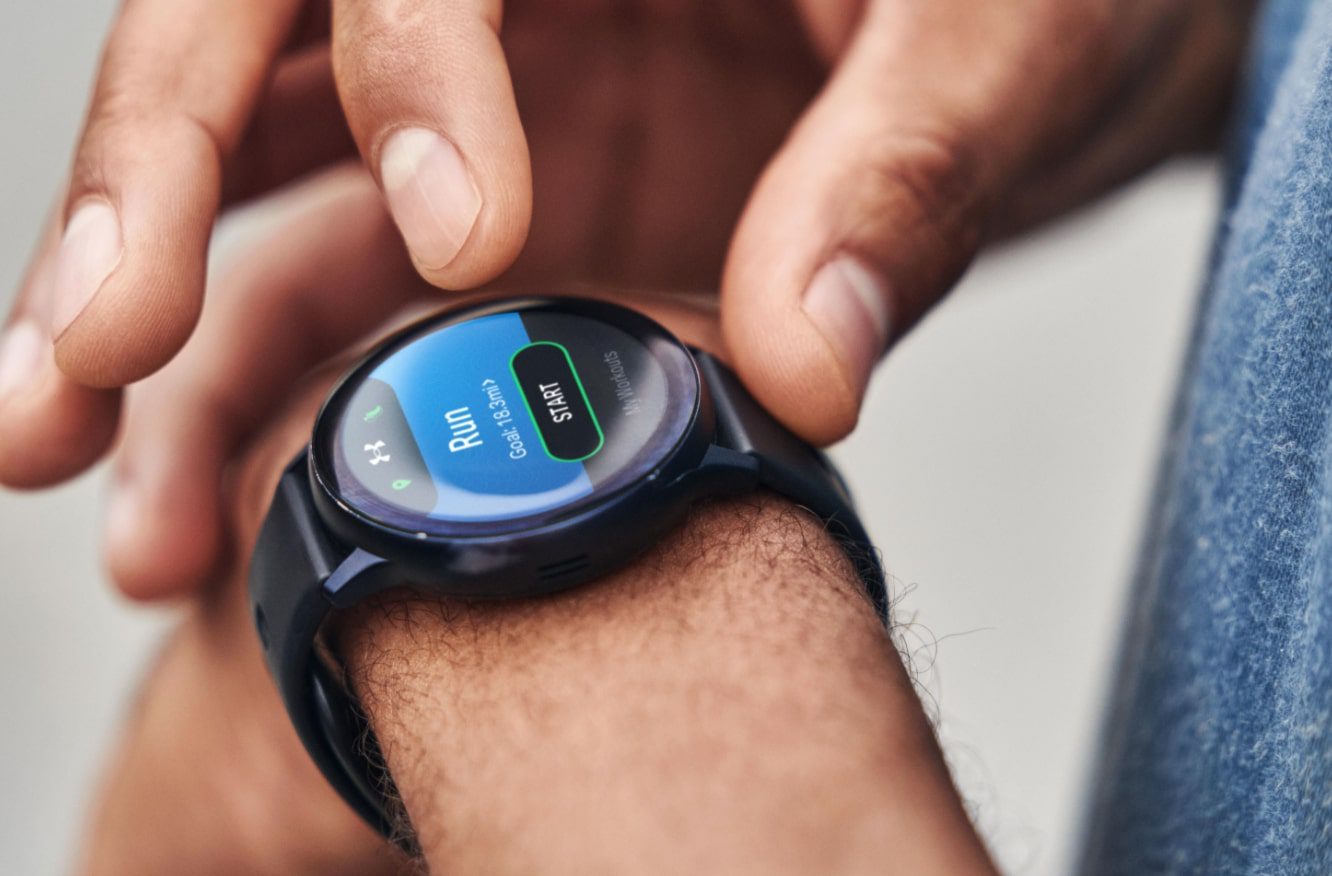 When the YAMAJO Run Crew has a fartlek workout on the schedule, Joseph splits the runners into two or three groups, each with a crew captain to lead and set the pace. Then, the crew just runs and keeps up with their group. This way, when the captains speed up or slow down, their group follows accordingly. Hesketh recommends a similar type of fartlek group workout, although instead of having one person in charge of the pace, runners cycle through separate surges throughout the run.

“The person at the back of the row runs to the front and then you settle into your steady state,” Hesketh says. “Then the next person comes and the next person. A bigger group is a little bit better, but even with smaller groups of four, five or six, you can do that.” 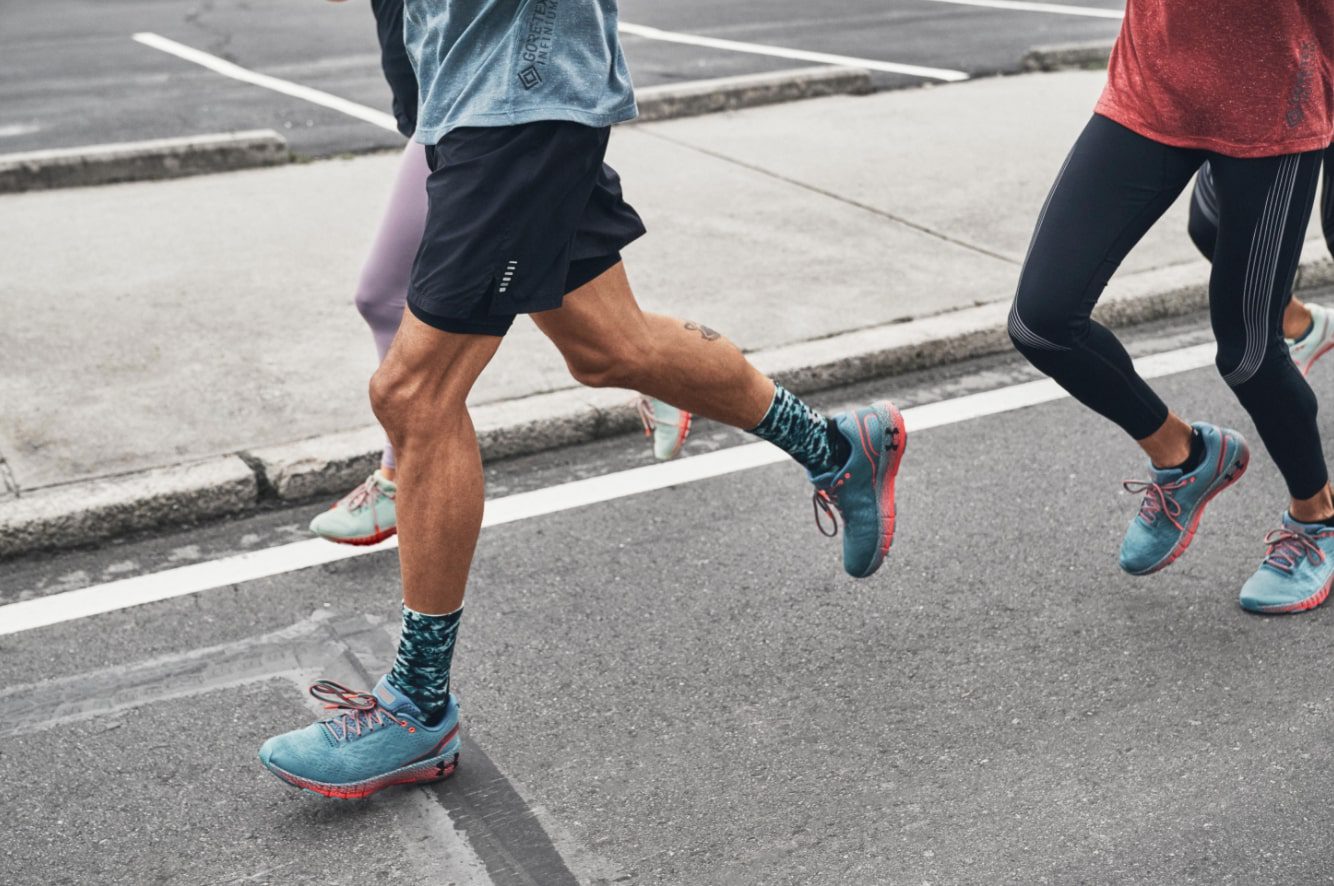 For solo fartlek runs, Hesketh and Joseph both agree to stick with a random, unstructured format. Whenever you see a lamp post, pick up the pace for 10 to 20 seconds. If you see a runner in front of you, push until you catch them. Anything works, Hesketh says, just as long as your pace is noticeably quicker in the surges.

Joseph adds that the only structure you might want for a fartlek is a designated number of times you’ll throw in a surge during the run.

“If you’re out for a set 5K, tell yourself that every kilometre you’ll get a sprint in,” he says. “It doesn’t have to be a set time every time you do it, but just something to change up your pace.”