Many runners get their start on the track, competing in local events throughout elementary and high school. For some reason, come adulthood, there’s a tendency for runners to get away from the track and focus on the roads. While the roads are more easily accessible, there’s a case to be made for track work in general, and specifically, speedwork on the track.

Under Armour trainer and former Canadian national decathlon champion, Rich Hesketh, knows all the in’s and out’s of track and field as an athlete and now, coach. After retiring as a decathlete, Hesketh transitioned his focus to being a professional athletic development coach for various professional athletes, teams, programs and universities. The Calgary native says track work is crucial for building a strong road runner. “It’s a great way to get quality work done with low mileage. In order to get fast, you need to train faster.”

Hesketh explains that the surface is an important consideration when it comes to training. “There are training tracks and competition tracks. A competition track isn’t an ideal surface because it’s a little harder, but a training track is a great option and easier on your hip, ankle and knee joints. But on both surfaces, you’ll get more return from the surface with less impact force going through your joints on contact in comparison to the road.” Most recreational tracks are ideal training surfaces, that are a little softer than those used for competition.

The importance of predictability

Tracks take the unpredictable elements out of a workout. Grass is a great surface for speedwork, but it’s also highly variable. Hesketh says, “There are things like potholes in the grass. On a track you know exactly what the distance is and the surface you’re running on, so you can just focus on running.”

One of the most common mistakes for first-time marathoners comes in the form of pacing issues. Typically runners go too fast, too soon. Track work can help new (and experienced) runners overcome this issue. “If you’re trying to run 80-second laps, you know you need to be at 40 seconds every 200m. That’s a strong feedback loop. If you have a goal race pace, this is a good way to get totally dialled into it. When race day comes around, you can flip a switch and know how fast you’re running. Pacing is a learned skill.”

David Joseph, Under Armour runner and founder of the YAMAJO Run Crew in Montreal, echoes Hesketh’s statement, “Regardless of what you’re training for, track work is always important. Building speed makes any distance feel easier. The track isn’t always associated with marathoners, but it’s important for their improvement as well. The track isn’t just for sprinters. It’s for everyone.”

Hesketh’s ideal introductory track workout is running 400m with a 200m jog in between. This can be done slightly ahead of your race pace, to get comfortable with what’s known as your anaerobic threshold. Anaerobic threshold pace is roughly 25 to 30 seconds slower per kilometre than your 5K race pace.

Others ways to incorporate speed work

If you don’t have a track in your vicinity, there are other ways to incorporate speedwork into your weekly routine. One of the easiest ways is through post-run strides. After a recovery run or workout, simply add five to six accelerations, about 100m in length. Think about your form, keeping your stride smooth and turning your legs over quickly.

These should feel good. And the added bonus? Over the course of a few weeks they’ll also become easier and faster. 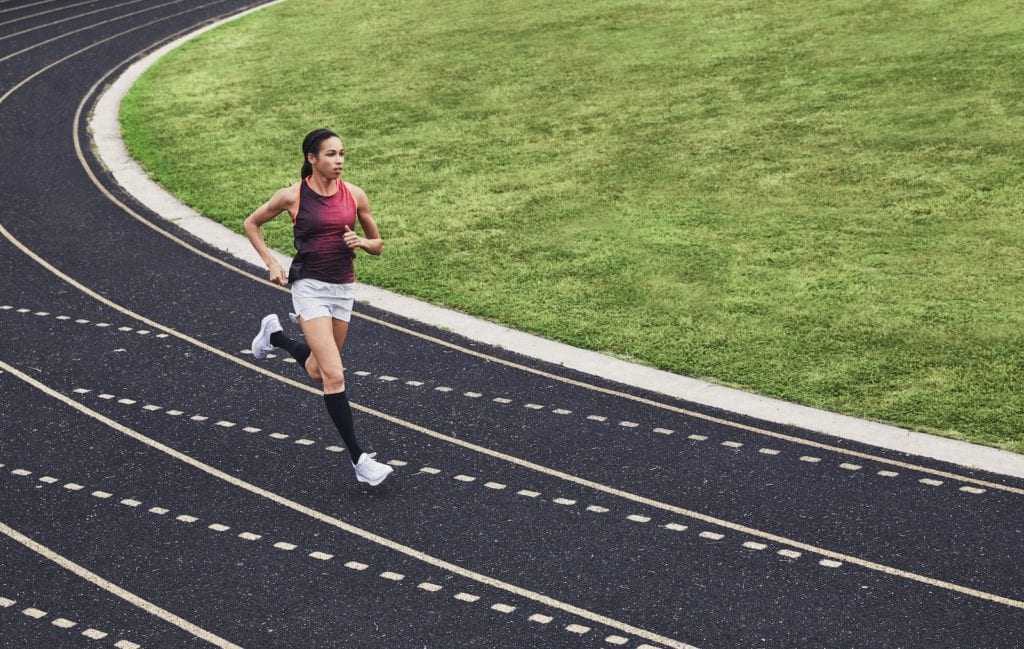 A little goes a long way

Aisha Praught-Leer is a 1,500m runner, Olympian and UA athlete who says her elite track and field team, Team Boss, is only on the track once or twice a week. If a track runner of this calibre only spikes up a couple of times a week, that’s plenty for a marathoner. “Since moving from the steeplechase to the 1,500m, I’ve had to really work on getting comfortable running fast. Thankfully the steeplechase is an explosive event, so that came easier than expected, but it was a change. I’m running harder now, but running less mileage than I was before.”

Because speedwork is low mileage, but high intensity, Praught-Leer brought her overall mileage down. Like the Olympian, recreational runners should remember that it’s possible to overdo it with the speed, so incorporate speedwork slowly and remember that a little goes a long way. 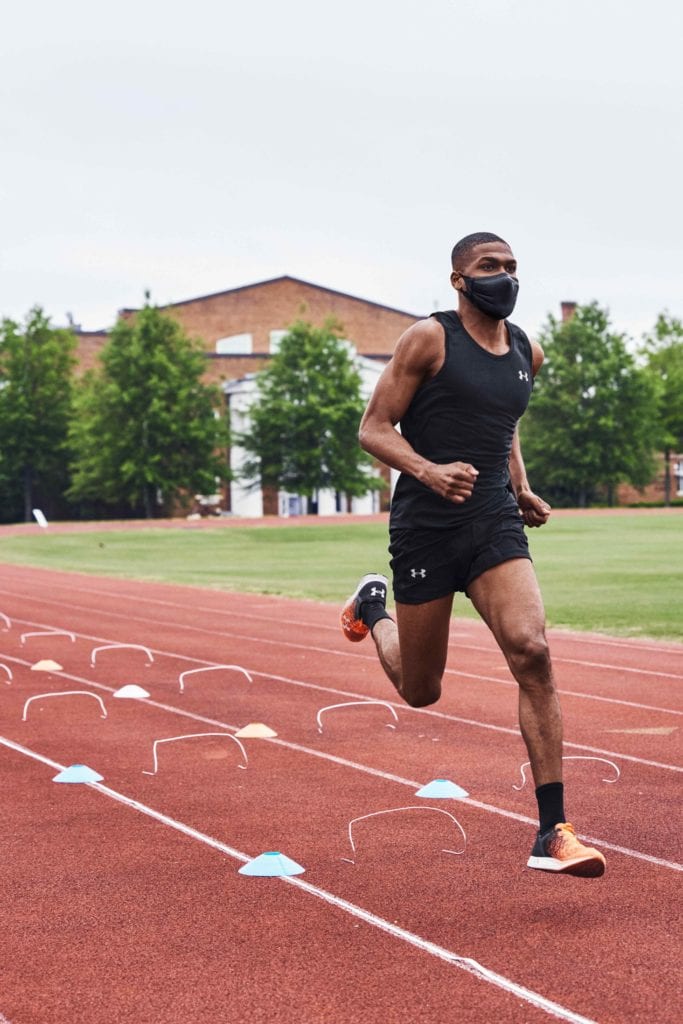 For track intervals, you want a light shoe with less cushioning. Because you’ll be running faster, on a softer surface, your shoe doesn’t need to have as much protection as your road trainers. The ideal Under Armour shoe for a threshold track workout would be the UA HOVR™ Velociti 3. The UA HOVR™ Velociti 3 is a lightweight, durable tempo shoe that is best for speed training, intervals, and any other short, fast runs. They also connect to UA MapMyRun™  for real-time form coaching that can help you become a better runner. The UA HOVR™ Velociti 3 is the perfect shoe for your quickest workouts. It’s complemented well by a warmup in the UA HOVR™ Infinite 2, which has more cushioning, but is still a snappy shoe. 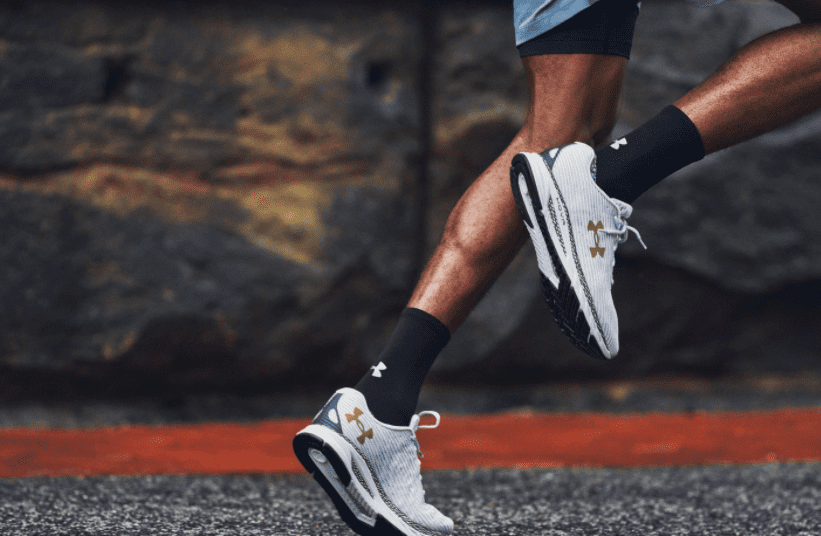