Understanding each element of the run is intrinsic to 360-degree performance. Each element of running from the warmup to the workout portion to the cooldown and recovery, along with the things you do on your non-running days, has a purpose that’s directly linked to your success as a runner.

Warming up properly sets you up both mentally and physically for a successful workout. No one would dispute that a dynamic warmup is a good idea before launching into a run, but many recreational runners are not familiar with what a good warmup should look like. Even runners who know what they should be doing to warm up often skimp on this part of their workout – ideally you want to spend at least 10 to 15 minutes warming up before a run or workout.

Purpose of the warmup

The point of warming up is to do just that – to increase blood flow to the muscles and body systems that will be used during the workout (or even an easy run), so they’re ready for the activity. Pushing the body into vigorous activity from a state of rest is never a good idea, and can lead to reduced performance or even injury. 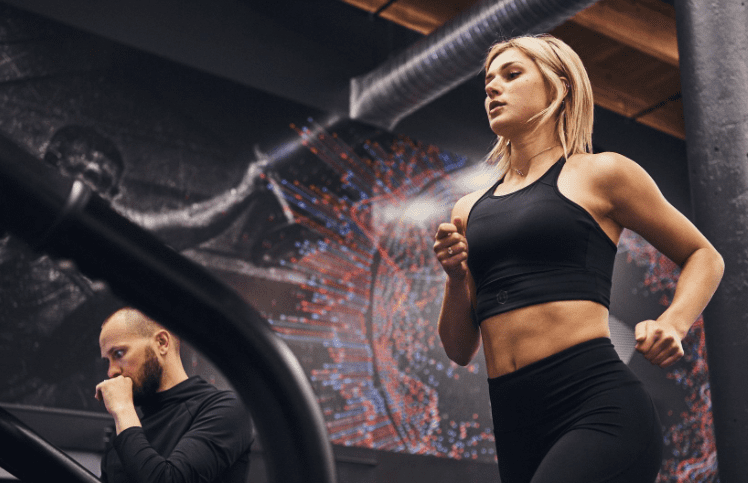 How to warm up

Michael Watts, Under Armour’s Director, Global Athlete Performance, points out that it’s important to warm up not just your muscles, but also your respiratory system, before beginning a workout. “We promote functional breathing, which is in and out through the nose,” says Watts. “Breathing in and out through the nose is really good at the start of a run. It will increase the temperature of the muscles, it will deliver more oxygen into the cells and it will help activate the diaphragm. Once you start walking or jogging, if you can focus on that for the first three or four minutes, it’s a nice way to prepare the respiratory system.”

Certified personal trainer, corrective exercise specialist and Under Armour trainer Jennifer Rochon, who is based in Montreal points out that there isn’t one standard warmup routine for everyone – how you warm up will depend on whether you have tightness in a particular area. Rochon likes to start her warmup with a foam-rolling session, followed by some gentle, dynamic stretches and activations. “For example, when I run, on one side my IT band becomes really tight, so in my warmup I’ll focus on specific muscles to release and specific muscles to activate,” Rochon says. “This is just to make sure that when I go about my run, I’m ready for the workload. I can avoid injuries just by warming up properly.” 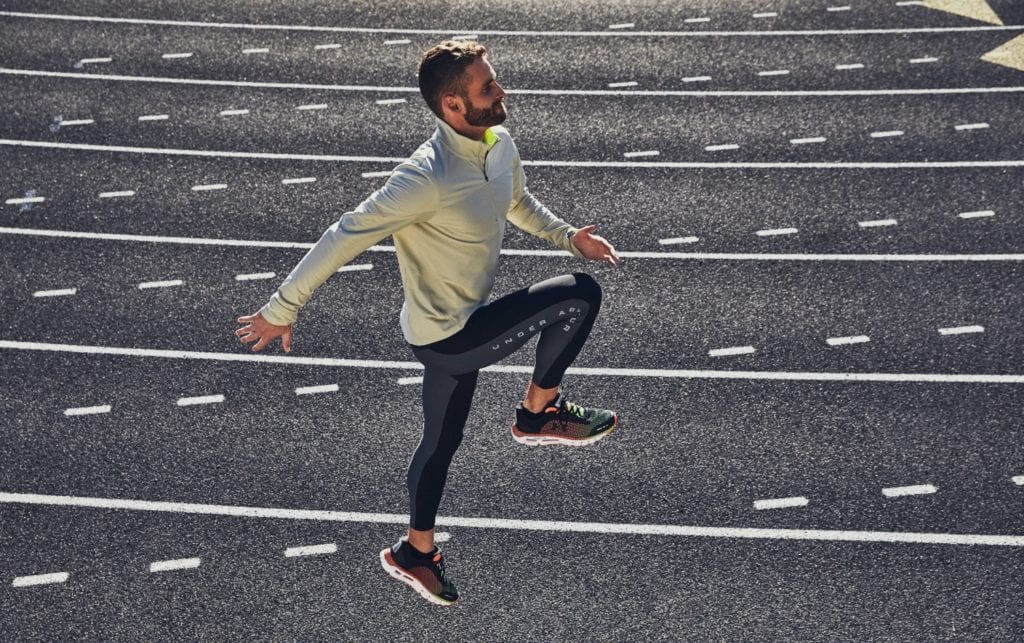 Certified personal trainer, Barry’s Bootcamp instructor and Under Armour trainer Kevin Yeboah, who is based in Toronto, recommends slow high-knees, butt kicks or any kind of ankle rotation or mobilization exercises for your warmup. You might also do some heel lifts (to engage the knee flexors and hamstrings, which power you forward while running), knee lifts (to warm up the quads, hips, ankles, spine and glutes), and A and B skips, which do all of that while loosening up the hamstrings and engaging the core and glutes. Start each activation while walking slowly, then gradually increase the pace.

Contrary to popular belief, stretching is not a necessary part of the warmup for distance runners, and it may even be harmful. Stretching has been studied extensively, and a recent literature review in the journal Sports Medicine by American exercise scientist James Nuzzo is that it does not reduce the risk of injury, improve performance or reduce post-run soreness. Also, stretching cold muscles to extreme ranges of motion could cause injury.

“If you’re about to do a running workout, stretching for too long might reduce your performance, so it’s important to add more dynamic movements,” Rochon says. 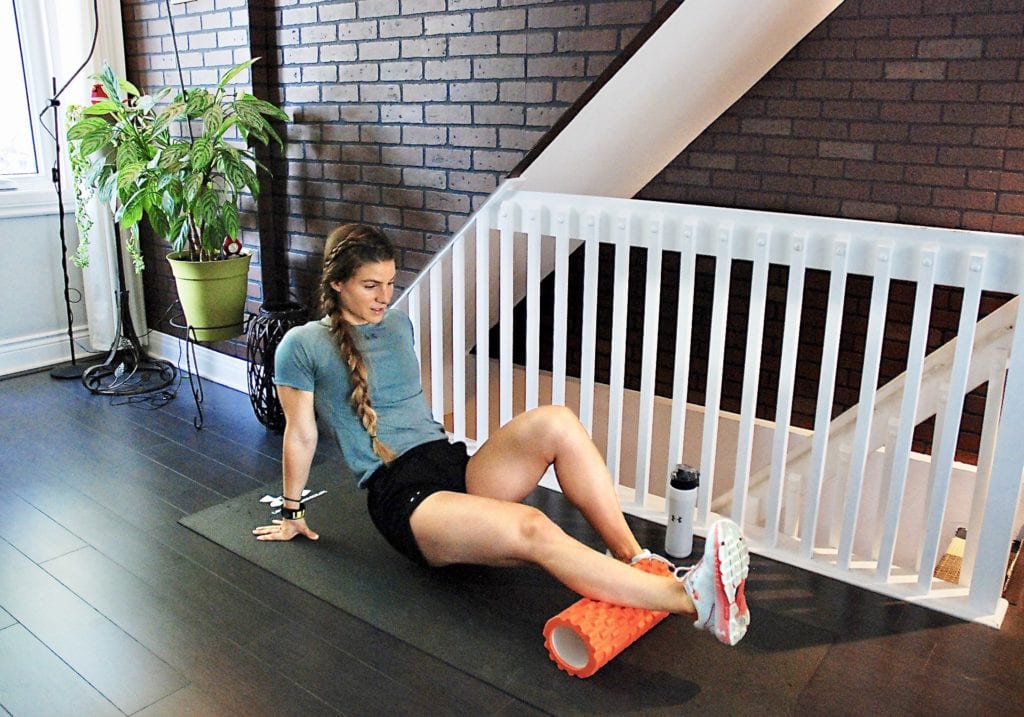 Your recovery starts with the cooldown, which is like a warmup in reverse. The point of the cooldown is to gradually return to your resting heart rate (rather than stopping suddenly) and to clear lactate (a by-product of anaerobic activity, i.e. a hard workout, that can cause muscle soreness). Ideally you should spend 10 minutes jogging slowly after your workout, and another five minutes walking. Your cooldown may also include foam-rolling problem areas.

Stretching need not be part of your cooldown, and depending on your level of experience, should sometimes be avoided. “Sometimes I’ll even tell people not to stretch right after a workout,” says Rochon, “because if they just did something that’s new to them, then they don’t know if they might have pulled something. Let’s say I run a little faster than I’m used to, and my hamstring is feeling hurt. Maybe I pulled it, so stretching it wouldn’t help. So I say stick more to dynamic movements and lowering your speed.”