Under Armour’s approach to training is different from its competitors. The company believes that performance doesn’t just come from training, it comes from a holistic approach to running which includes considering emotional, psychological, physiological and nutritional strategies. They call this approach 360 Performance – it means that running doesn’t stop when your watch does and highlights the ways in which training really is all-encompassing. This approach to running may seem daunting, but actually, it’s geared towards balance. For Aisha Praught-Leer, a UA athlete and 1,500m Olympian, 360 Performance is how she lives her life. “Showing up on race day is such a small part of my existence. Everything else, the getting there, happens in the quiet moments.” 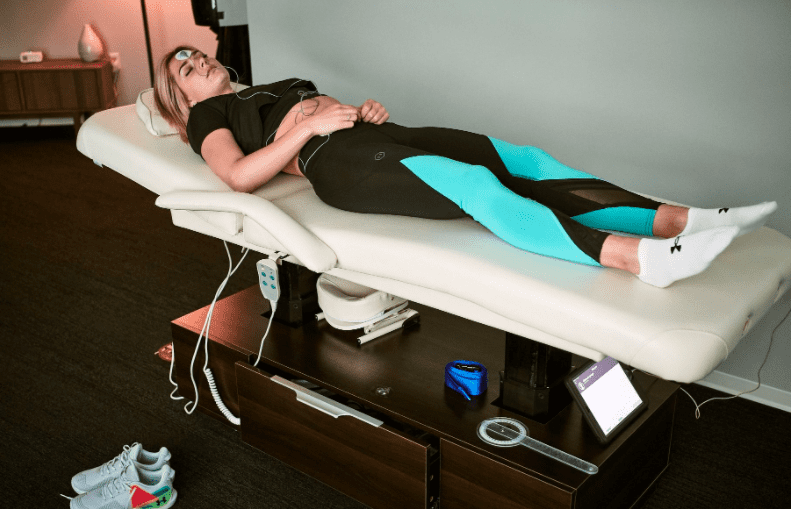 Georgia Ellenwood, Ashley Taylor, Patrick Casey and Aisha Praught-Leer are all professional UA athletes. However, when they talk about 360 performance, they talk about things beyond the nuts and bolts of training. To them, 360 means taking care of your entire being and improving yourself in every way.

Michael Watts, Under Armour’s Director of Global Athlete Performance, feels that 360 Performance is what sets UA apart. “Every minute and every hour matters in the life of an athlete, if they are not training or competing then they are in a perpetual state of recovery. How they optimize their recovery depends on their own circumstances and journey. We want athletes to become more knowledgeable about themselves and how best to optimize their performance based on their data. Why does it matter? Because the best athletes in the world sweat the details, they are on a constant journey to master their mind, body and craft. We just help guide them.”

Ellenwood, a Canadian heptathlete, saw a difference in her results when she began to believe in herself. She says 360 Performance means so much more than training – it means emotional, psychological and physiological harmony. Under Armour helped her find this. “I’m a real perfectionist,” Ellenwood says. “I used to be so worried about taking risks in practice, because I didn’t want to look dumb or to fail. But I think sometimes you need to hit a hurdle hard or you need to fall. Do the ugly stuff in training.” Ellenwood says she’s made way more progress after allowing herself to make mistakes and becoming process-oriented, as opposed to obsessing over results.

When it comes to practically preparing for her day, Ellenwood needs to get her body physically and mentally prepared. “Before I even leave the house I do pre-hab, so that means getting my feet ready, I warm up my legs with a heat pack, I have an hour of exercises before I even start practice.”

From there, Ellenwood will train for six to eight hours. In order to maintain that level of activity, she says she takes comfort in her routine and allows rest when needed. “Running is my full-time job and I love it, but sometimes it becomes a lot. If I need to stop for a moment if I’m becoming overwhelmed by the load, I let myself. I’ve learned that stepping away from the track for a minute, to regroup, is ok.” 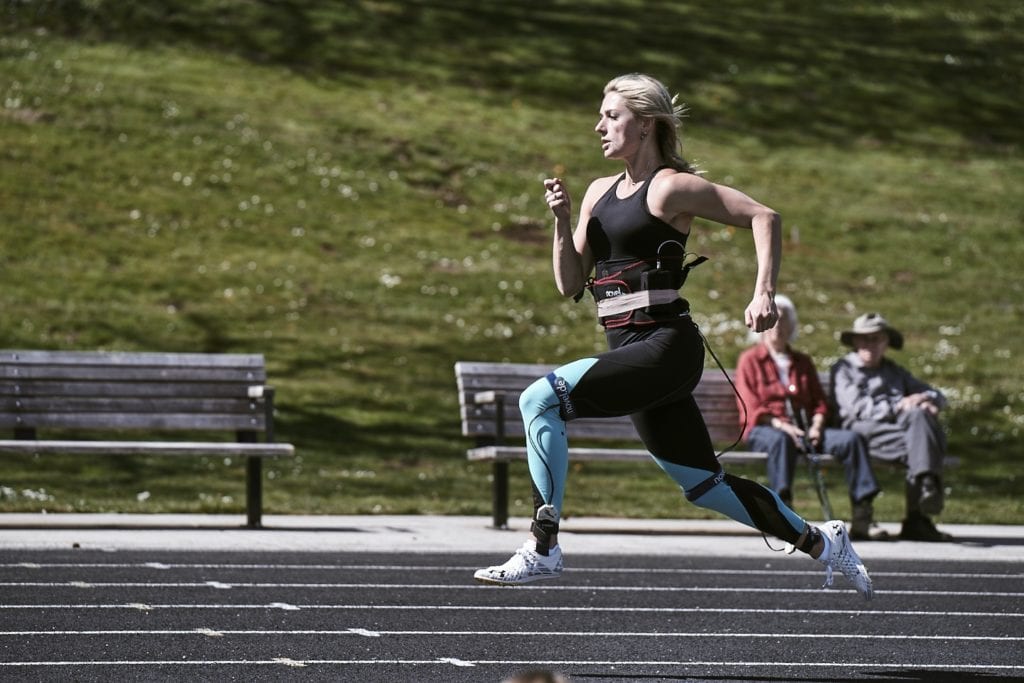 Taylor, a Canadian 800m runner, echoes this statement. She says that she, too, used to place a big emphasis on results, but she feels supported by an organization that sees her as more than a runner. “UA gives us a lot of sport-specific support. But they support us beyond that. They help remind me to love myself through the process and to be patient.” With her goals for 2020 entirely changed, patience has been key.

Casey might be the most patient of the four UA athletes. The American miler has been looking forward to the 2020 Olympic Trials for nearly eight years. After being sidelined due to injury in 2016, he had his sights firmly set on qualifying this July. However, like everyone else, Casey’s plans have changed. He said he’s coping quite well with the new training, and feels like he’ll be ready when the time comes to line up again. “I used to think of running as the two or three hours I’d actually be training everyday. Now I think of it as what I’m doing when I’m not running. How I’m recovering, how I’m preparing myself – because you can only do so much physically in a day.” 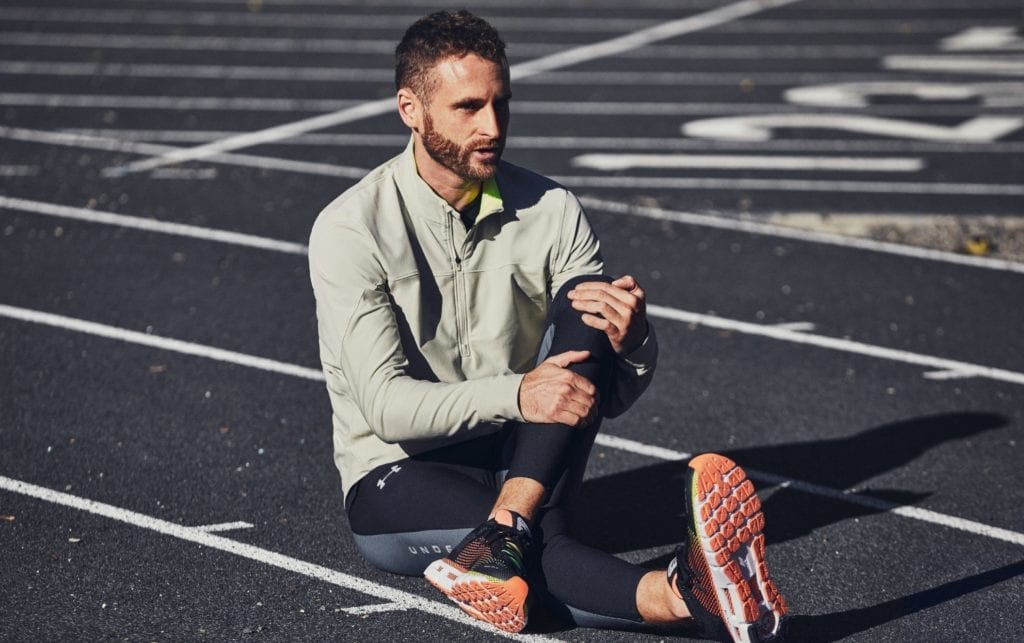 All of the athletes feel that thinking about training in this new way, as a lifestyle as opposed to one aspect of their day, has made them better runners. Aisha Praught-Leer, a 1,500m runner and Olympian, feels like she places more of an emphasis on overall happiness now, which has in turn, made her a better runner.

“Showing up on race day and running a fast time is just a miniscule part of my existence. That’s just the tip of the iceberg. Training is how I’m sleeping, how I’m eating and how I’m keeping myself happy as a person.” Praught-Leer says while she’s a social person at practice, she’s an introvert at heart. For her, she unwinds with a solo run or a self-care routine that she’s perfected. While painting her nails doesn’t seem like training, it helps her unwind. She feels like the better she’s feeling about her life overall, the faster she will run. “My job is high pressure, so it’s imperative to take care of the below-the-surface stuff, to be able to run fast times on race day.”

Praught-Leer has learned that taking care of the below-the-surface stuff needs to be a priority. “Like Under Armour encourages, I really take a holistic approach to my training. It’s not my couple hours a day when I’m training. It’s how I recover, it’s how I’m sleeping, how I’m eating, how I’m hydrating and how I’m keeping myself happy and sane and motivated.” 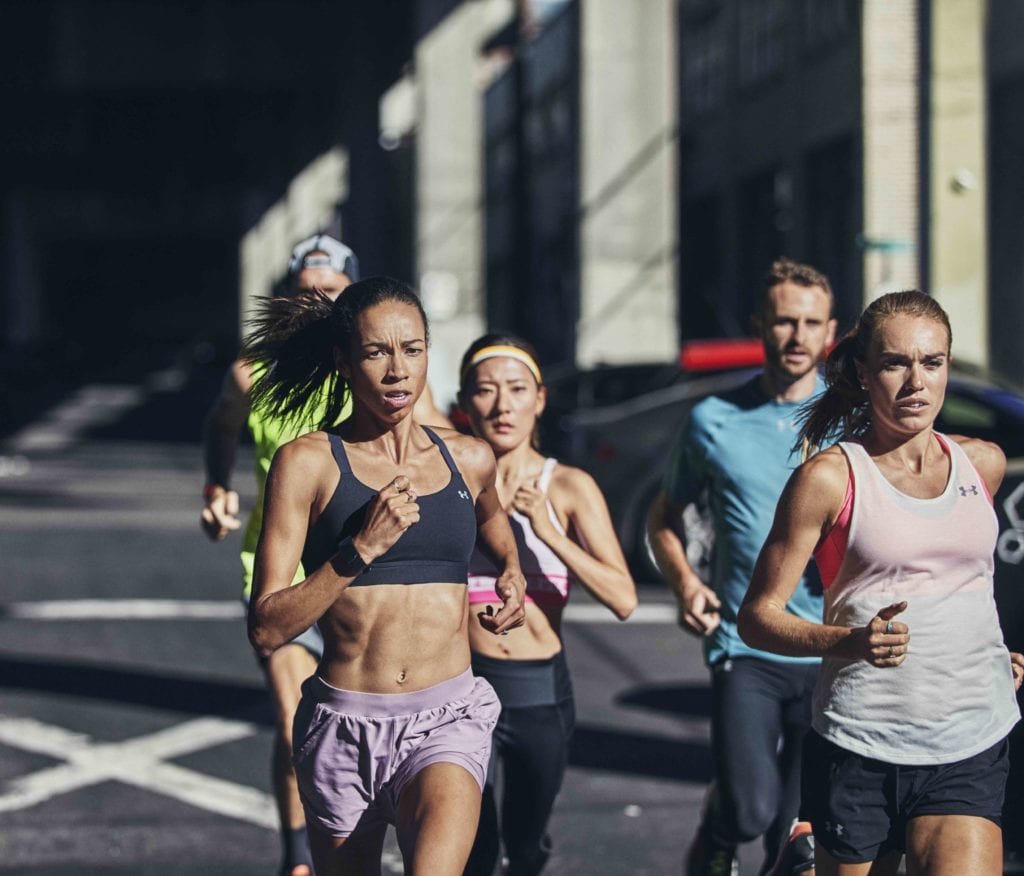 360 Performance isn’t just about running – it’s actually about everything else outside of training that allows you to enjoy your sport. For the athletes above, running is their job, and they still ensure they’re loving what they do. If running is your leisure activity, enjoyment is even more important. A happy runner is a fast runner, and that’s what Under Armour wants to see in those they support.