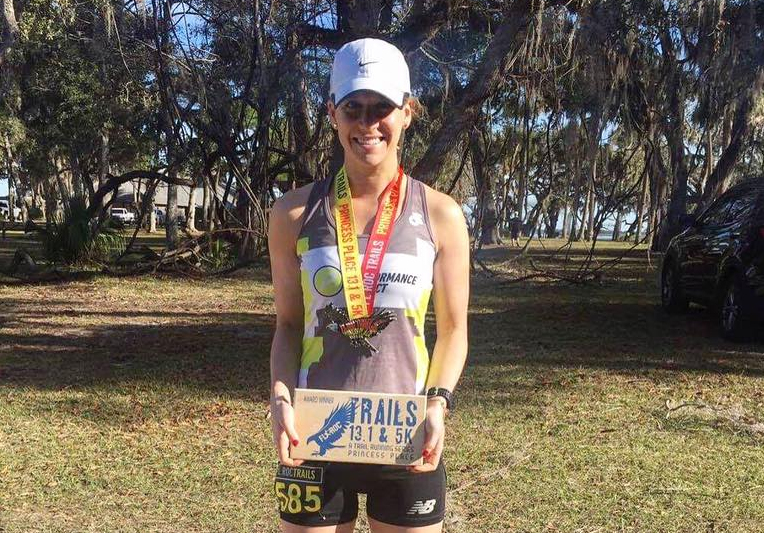 Perhaps it wasn’t my wisest decision of all time. After weeks of indulging in chocolates, turkey dinners and holiday parties, I went on vacation, laced up my shoes and toed the start line of a trail race without any sense of the terrain, weather or course to come.

I’ve always loved running races when I visit new locations. I feel like it’s a perfect way to get a sense of the community and the area. Florida trails, however, were a completely new thing for me.

RELATED: A Halloween spent on a trail-running adventure

RELATED: Sprinting through the airport, I was glad to be a runner

I love the local Ontario trails where I train and race throughout the year but I was completely unprepared for what awaited me when the gun went off on the last day of 2016. For starters, there was no snow and ice. That was a brand new concept for me considering the blustery weather I had travelled from. And then there was the lack of elevation, which seemed wrong to me. Living and training in Ontario, hills just come with trail terrain. I assumed that the lack of elevation would make this trail race a cake walk but I neglected to consider one vital element: sand.

The trails in the area where I ran in Palm Coast could best be described as a beach in the forest. I was running the half-marathon distance and despite maintaining a conservative pace for the first loop, I found my legs tired quickly. I looked at the distance that my watch had tracked and felt as though I had run much further. After about eight kilometres in, I readjusted my expectations in terms of performance and focused on not cooking my legs as I pushed through sand.

The sand gave way to packed dirt paths in the final kilometres of the first loop and I felt much more confident going into the second loop as I knew what awaited me. I had a better understanding of when I would be slowed down by course conditions and when to push a little harder. The second loop of the race ended up being my favourite of the two as I relaxed and settled into a rhythm. My only goal for the race was a negative split with no time goal attached.

On the second loop, I began chatting with some of the local runners, learning more about the running community there and the races I could run on my next visit. I crossed the finish line feeling satisfied with a solid negative split race and the opportunity to connect with local runners. I find the beauty of running is that no matter where in the world you are, you have an opportunity to make new friends around a shared love of running.

I will be revisiting the coasts of Florida in March for a 72-hour race which can only be described as a misadventure, but for now, you can find me on Instagram at @lacesandlattes and my personal blog.