How another regular, weekend long run took a dramatic turn and wound up being one to remember. 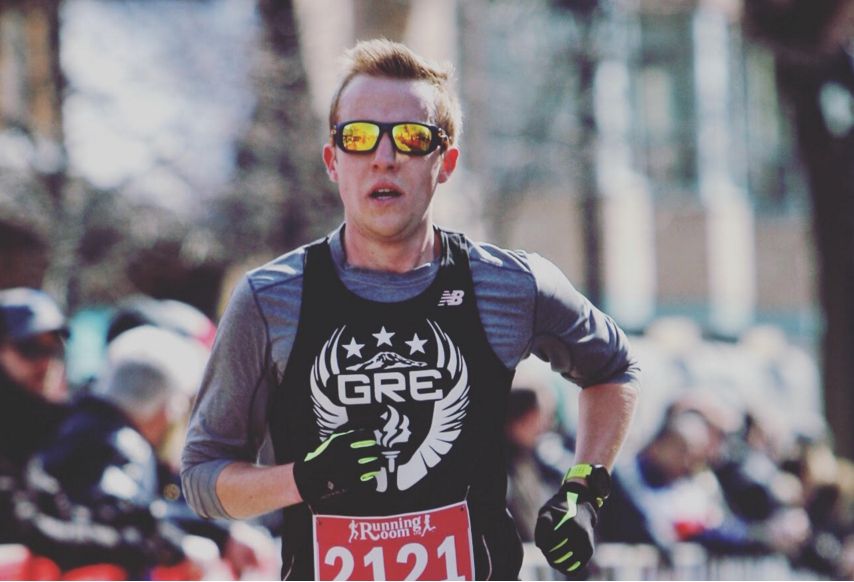 Mike Thornton, a 25-year-old runner from Brantford, Ont. was out on his long run last weekend when he sensed something was wrong.

The distance runner, who was about a third of the way into his weekly long run– this week aiming to complete a 32-kilometre route– was running along the banks of the Grand River late Saturday afternoon. It’s a place he runs at several times a week unless snow conditions don’t allow it. As he was running though, he heard voices near the banks– something which immediatley set off alarm bells considering the spring conditions near the river.

During spring, the water levels on the Grand River are quite high, currents are strong. That was especially the case on the weekend after a melted snow fall. Running here, Thornton has noted that it’s a dangerous time of year for anyone to be too close to the water.

“We had 15-20cm of snow the week before and it had all melted within a couple of days with the addition of some rain,” says Thornton. “The banks are muddy and quite steep in most places.”

As he continued on the trail though, he heard yelling and whistling.

“I clearly heard a woman’s voice yell ‘I need help!’ That’s when I sprinted back maybe 200 meters and found her daughter standing by the trail,” he says adding that the daughter (about four years old) was blowing a whistle.

Thornton approached the river bank which took a five-foot drop right down to the racing currents. The woman was standing below the drop off in the shallow of the river. Her dog had been in the river and she was trying to get him away from the currents.

The runner, who trains with Grand River Endurance, was able to navigate his way through some branches down to the bottom of the drop-off. He pulled the dog out and away from the current. “Next I pulled up her up and made sure she was OK,” he says. Then, he carried the four-year-old girl back up to the safe part of the trail.

The mother explained that they had been down by the river geocaching when they got dangerously close to the water.  “I asked what the heck they were doing down there and that’s what they told me,” says Thornton.

After bringing them to a safer area, the woman said they would be fine to get to their car and get home from there.

“I think people just need to think before going near water especially at this time of the year,” says Thornton. “Don’t go alone and if you are, do what this family did and carry a whistle.”