The first Golden Ticket race of 2019 kicked off in Texas on January 5. Competitive trail runners headed to Bandera 100K to race for the top two male and female spots for an automatic entry to Western States 100 in June. Kathryn Drew, 31, from Vancouver, B.C. shocked the American trail running scene. Racing some of the best trail runners in North America, Drew was third female, first Canadian, and 12th overall in 9:58:38. Kat put Canada on the map.

RELATED: California is on fire: Sean O’Brien 100K cancelled for 2019

Since Sean O’Brien 100K (Golden Ticket race) and The North Face 50 were cancelled due to wildfires, Bandera 100K was more competitive than ever. The route changed entirely a few days before the race, due to flooding and a concern for freezing rain. Although the course was still runnable with 2,100m of elevation gain, the rocky terrain beat up her feet by 30K. She also had a nasty fall running downhill at 70K. 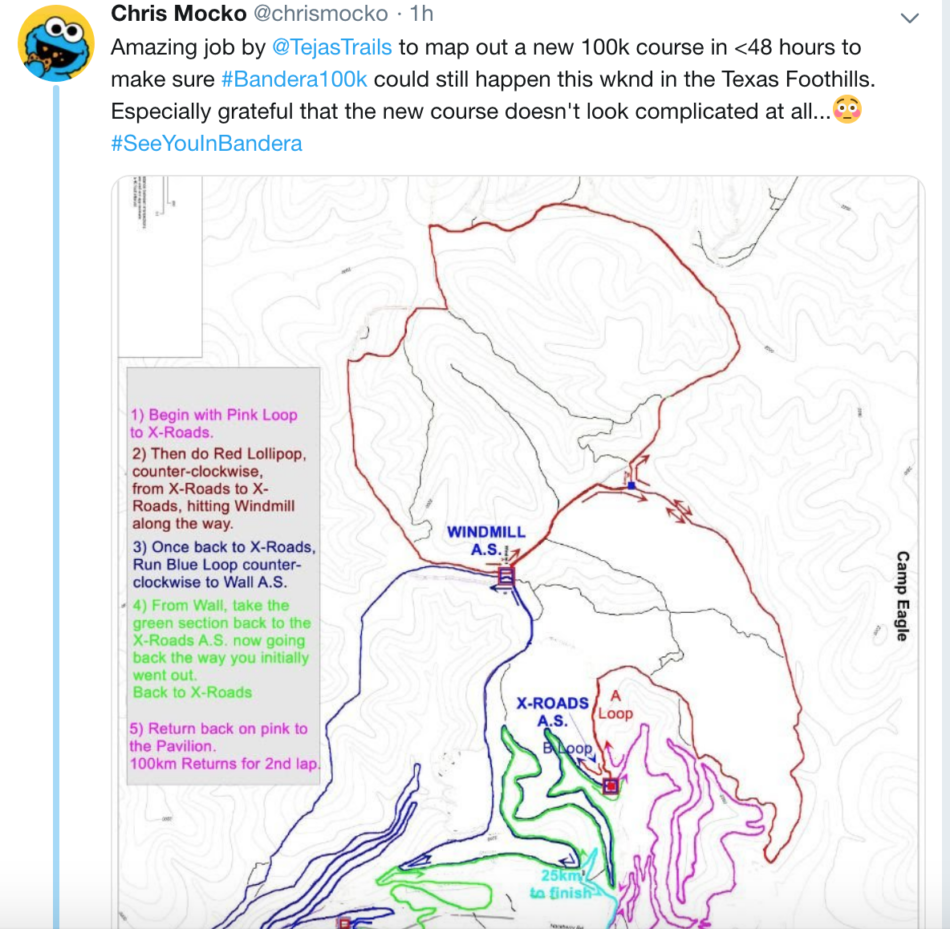 “I felt like this random person in a well-known field of competitive trail runners,” explains Drew. The last time she raced a 100K was in 2015 (second at Zion 100K, then winning Zion 100-miler in 2016). To outsiders, Drew appeared as the underdog at Bandera, racing for a Golden Ticket against some of the most talented trail runners in America. Yet she has spent the last few years focusing on her training and racing strategically. With her humble attitude and long-term mindset, Drew felt excited to toe the line in Texas–especially with the help of her Vancouver crew.

RELATED: How to be a morning runner: 10 steps for running at stupid o’clock

Training through the winter was intense, but it had to be, considering the competition. Although her pre-race nerves were high, Drew was honoured to be racing alongside professional trail runners. Brittany Peterson won the female race in 9:26:59 and Ladia Albertson-Junkans placed second in 9:37:44 earning Golden Tickets. Drew came in third in front of 2016 Western States 100 winner Kaci Lickteig. In the men’s field, Canadian Jesse Booi was also racing for a Golden Ticket, but dropped at halfway.

“Getting to the start line is the cherry on top if you can get through a good training cycle,” says Drew. The nerves eased off as Drew headed out with the lead pack of women. The fast females were supportive, kind, and kept the conversations going. At about 30K, the pack broke off, and Drew remained in third place for most of the race. Even though she didn’t think she would need a pacer, Drew saw the top two women pick up pacers for the last half. She told her boyfriend Jeremy to “Be ready at the next aid station” to pace.

Even though Drew didn’t earn a Golden Ticket in this race, she could still race Western States in June (depending on whether Petersen or Albertson-Junkans use their ticket or Drew decides to race another qualifier). Regardless, the trail running world ought to watch closely to see what Drew does next. She isn’t just Kat from Canada, or some random person. There is no doubt she will continue to shock the trail running world in the near future.