They call it the toughest footrace on earth and based on today’s first stage of the 36th edition of the Marathon des Sables (MDS), it’s easy to understand why. Just covering the event was enough of a challenge – our jeep got stuck in the sand twice and we pulled another one out just before today’s second checkpoint, too. 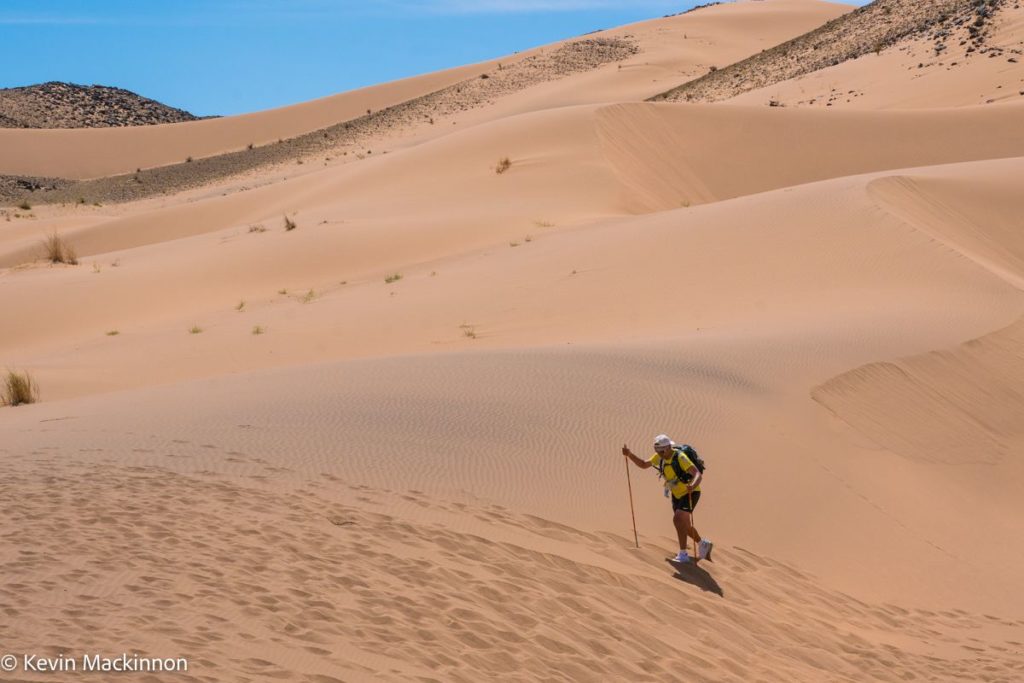 But the almost 1,000 runners taking part in this year’s race are arguably much tougher than the jeeps carrying journalists trying to cover them, and much of the field appeared to cruise through the first 30.3 km stage without too much issue, working their way through the varied terrain that included everything from rocks to full-fledged sand dunes.

The day began at 28 degrees C an hour before the start of the race and, by the time the athletes hit the sand dunes after their 9 a.m. start, it was well into the high 30s.

You can read more about the Marathon des Sables here.

Here’s a recap of the day’s action in words and pictures – you can find results from today’s race here.