Home > Trail Running
Tory Scholz February 14, 2019
Share on Twitter Share on Facebook Share on Email Share on SMS
Imagine this: You’ve signed up to run your first 100-mile race. You’ve dreamt about this day for years, and been training for just as long. You have organized your team of supporters, packed your food and electrolytes, bought extra gear, and booked off work the following week to recover. It’s a few days before the race, and you’re fuelling with your crew and pacers, going over last minute logistics when you receive a text that the race has been cancelled. 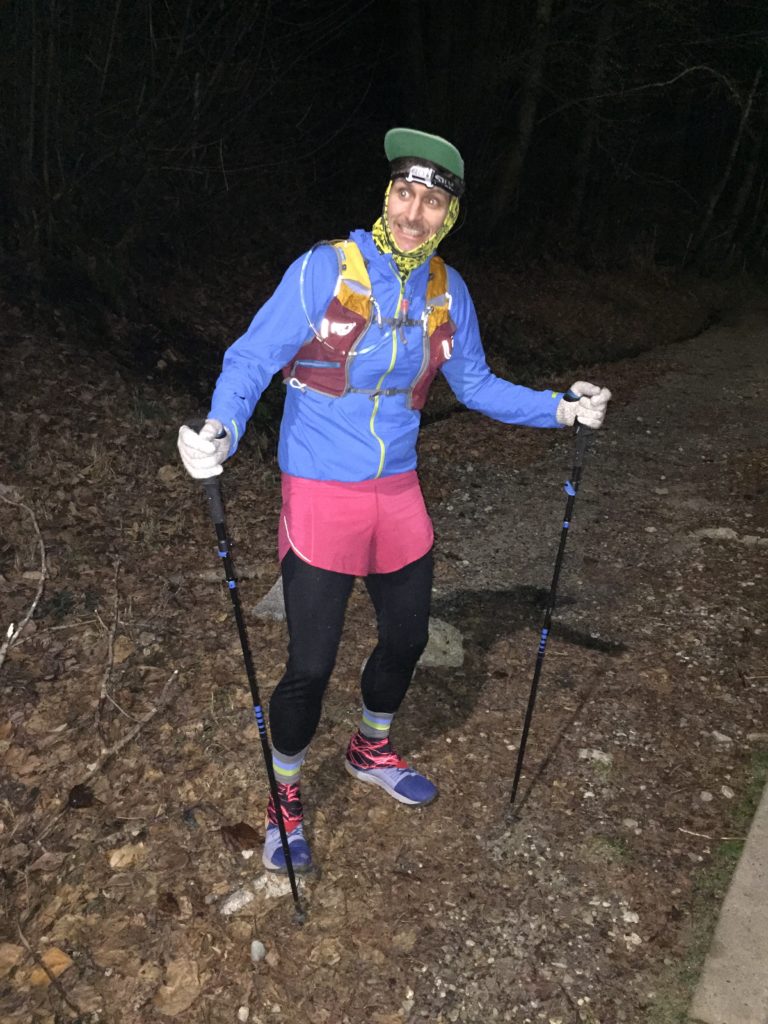 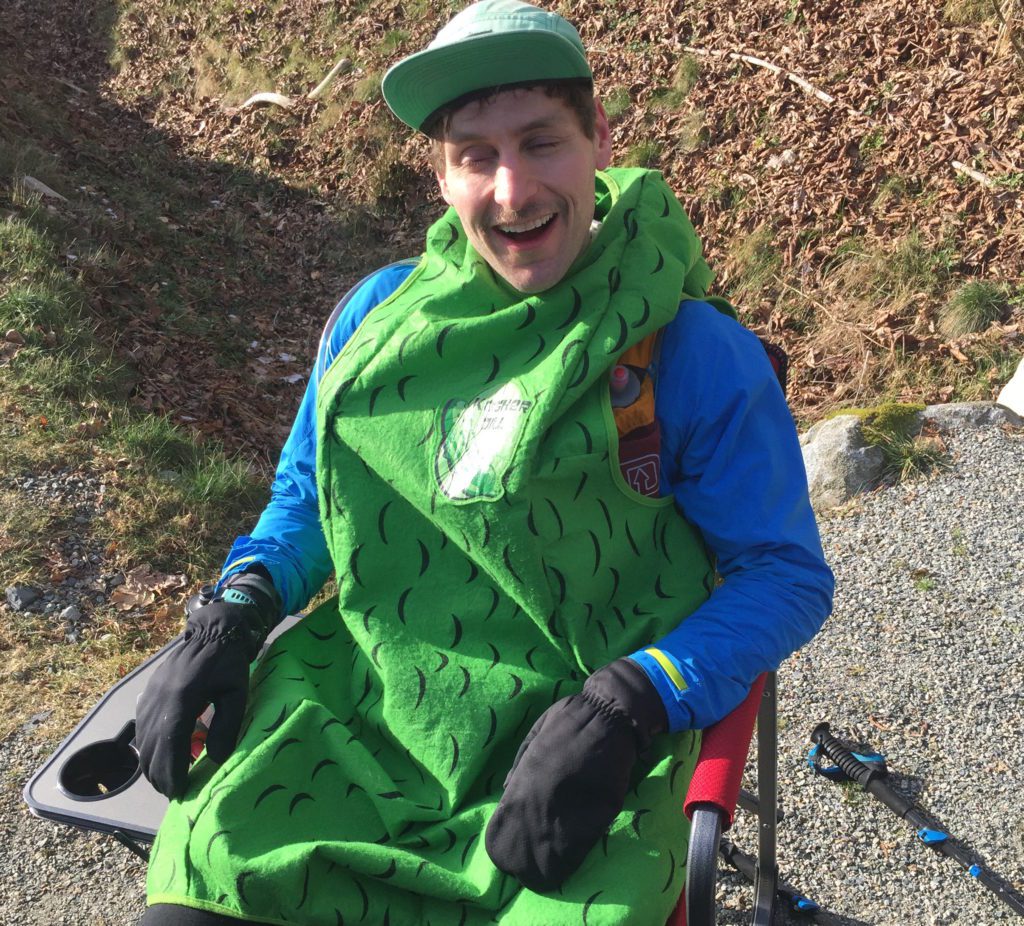 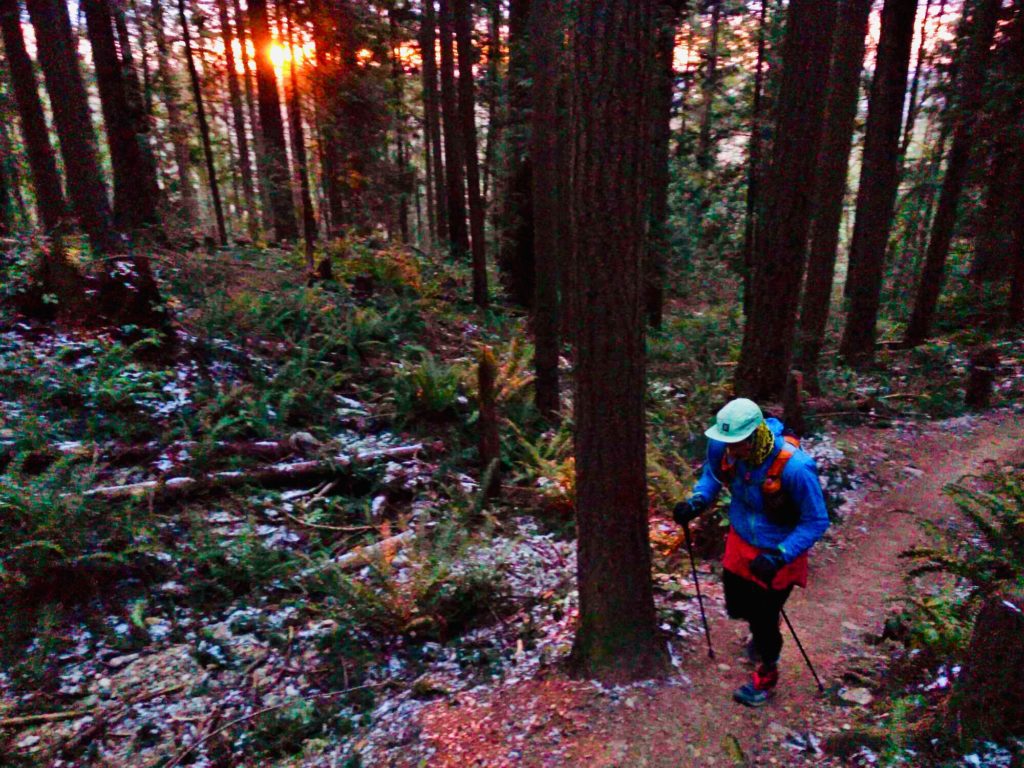 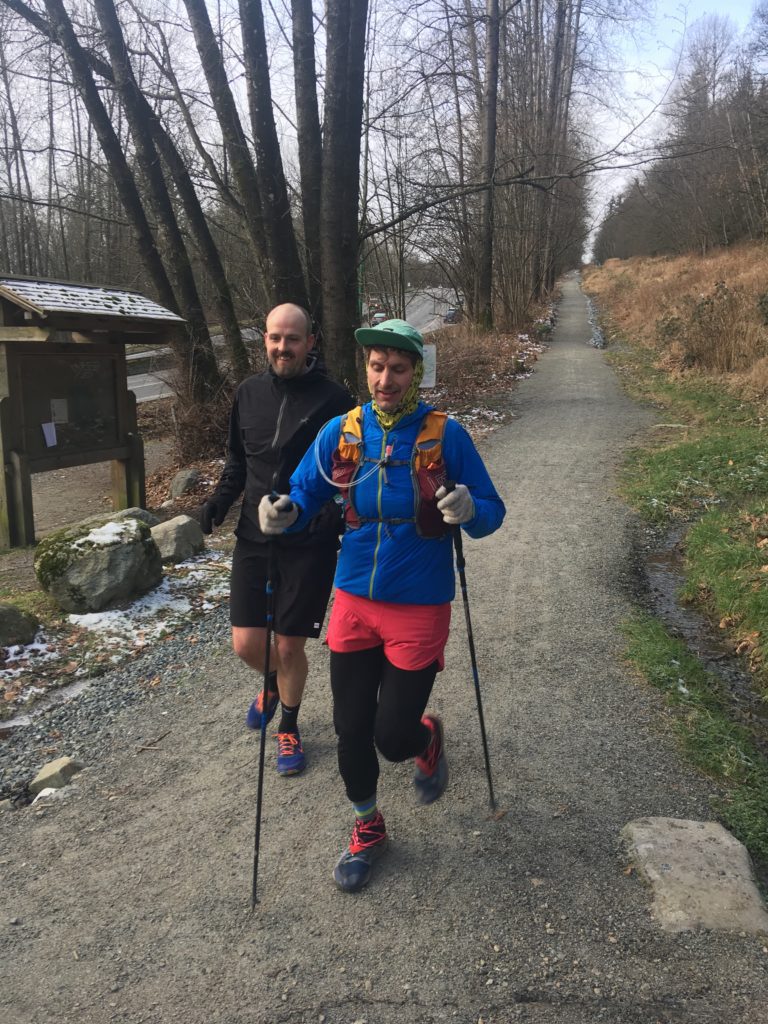 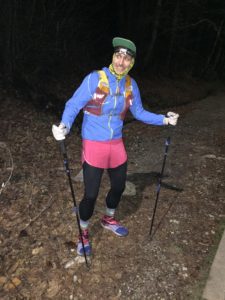 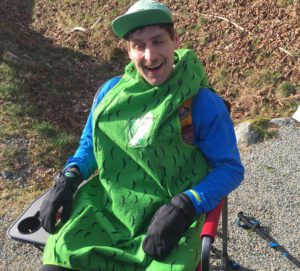 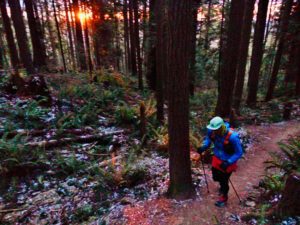 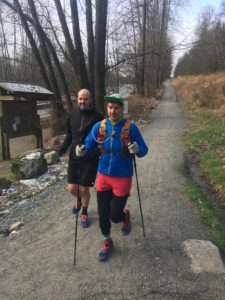 RELATED: A Valentine’s Day ultra: The Love Train 100
That’s what happened to Vancouver’s Verner Von Lofstrand, 33 on February 6. Just a few days before he was about to toe the line for Orcas 100-mile race in Washington, it was cancelled due to major storms. Although emotionally and physically drained, Von Lofstrand did not want to accept the reality. After DNFing at Sinister 7 in 2018, he was itching to complete his first 100-mile run. Even in the polar vortex outside.

A few hours later, with the help of his friends, family, and trail running community, a new 100-mile race was born on Burnaby Mountain. In training, Von Lofstrand had run almost exclusively on Burnaby Mountain. He knew of an 8.8K loop, and if he ran it 18.5 times, he would have 100 miles (162.8K) with 8,000 metres of elevation gain (Orcas 100 has just under 8,100 metres). So, on Friday, February 8 at 5:00 a.m Von Lofstrand set out to run the inaugural Burnaby Mountain 100 mile run. In a pickle costume.
RELATED: California is on fire: Sean O’Brien 100K cancelled for 2019

For the greater good

Inspired by the runners who had raised funds for the victims of the California wildfires, Lofstrand and his friends started a GoFundMe page a few hours before his run. So far, they have raised over $1,000 for The Rare Disease Foundation and the BC Sustainable Energy Association.

Ultrarunners know it takes a village to get to the start line and finish line. In the form of impromptu race directors, crew, pacers, and cheerleaders–Verner’s village showed up and executed. If it weren’t for Richard Hortness, Thomas Davies, Miranda Jacobsen, Matthew Knott, Amy Ten-Bohmer, Larissa Chatt, Katie Luehmann, Renee Le Nobel, Jess Fudge, Dave at Distance, and his wife Erika Lofstrand, Lofstrand may not have completed his first 100-mile run in 31 hours and 50 minutes (beating the 36 hour Orcas 100 cut-off).

RELATED: The do’s and don’ts of pacing an ultra