Dylan Wykes has seen almost every side of the running business. He’s been (and remains) an elite athlete, he co-founded one of Canada’s most successful coaching businesses, he’s worked in running retail and now he’s trying out race production as the Elite Athlete Co-ordinator for Tamarack Ottawa Race Weekend.

Wykes has a long history with the event. He first participated in 2008 and has since made multiple appearances, most recently in his 2019 10K national championship win. The runner also now calls Ottawa home. He made the move from Vancouver to the nation’s capital in 2018, and is really embracing his new running community.

The 2:12 marathoner and 2012 Olympian says that this role came up very organically in a conversation with former elite athlete co-ordinator, Manny Rodrigues, who was looking to step down. “Manny and I were talking about John Halvorsen [the former race director] stepping down and he mentioned that he’d been considering doing the same. I let him know that I was interested and it went from there.”

Wykes says there’s way more that goes into putting on a race than he knew when his sole focus was competitive running. “This is more complex than I ever anticipated. There’s so much more going on than what you see as an elite athlete.” The runner has a whole new appreciation for the race experience, and what goes into race day so that runners can show up and not have to worry about anything but competing.

So how does an elite athlete co-ordinator pick who ends up on the start line? Despite running being an individual sport, choosing a field is kind of like fielding an NBA team (on a slightly smaller budget). Wykes explains, “You have a few things to juggle. You need to fulfill your World Athletics label stipulations if you have one.” This process refers to races that are labeled gold, silver or bronze by World Athletics (formerly the IAAF). World Athletics has requirements for timing, course design and athlete participation in order to maintain those labels, so those guidelines factor in when choosing a field. Wykes continues, “Then you want runners of a similar ability level, who will run a good race as a collective. You also need to consider your national talent, and then the runners who you can tell a story about and will help promote the race.”

Managing all of these factors while effectively using the budget is no small feat. Wykes could spend all of his money on one runner and secure one of the biggest names in the sport, but then it’d be like watching LeBron James dunk on a bunch of college kids–and that’s no fun.

Wykes is the reigning Canadian 10K champion, an event which runs as part of the race weekend. This year’s top finishers will take home twice as much money as they did last year–a total of $35,000, which may be the largest prize purse for any Canadian championship in 2020, and will be a big draw for Canada’s fastest runners. 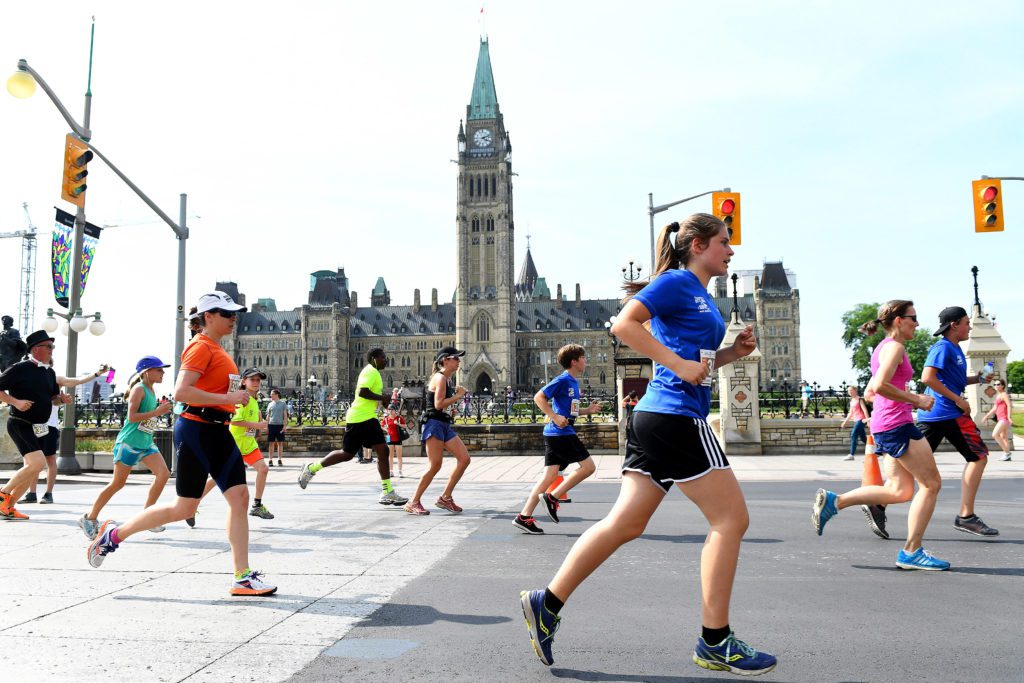 While Wykes initially thought he’d be able to fulfill his role as defending champion and elite co-ordinator at the same time, he’s now realizing that it would be impossible to do both well. “At first I was like, ‘why not?’ But now I’m seeing just how much work that weekend will be. I’ll be too consumed to give the race a good effort. But at Boston a bunch of the behind-the-scenes people run the course after the competition is over, and that’s something I might do in Ottawa.”

Speaking of Boston, Wykes is on the elite list for the 2020 event, and that’s where he’ll be taking off his co-ordinator cap and putting on his elite bib. “My original plan with Boston began late last summer, and at the time I thought it was a good pathway to qualifying for the Olympics. I thought I could run a top 10 performance and the course can be fast on a good day. But in the lead-up to Toronto [Wykes ran STWM in October] I was a bit banged up, so my goals have changed. I think Olympic ambitions are kind of off the table at this point. But you never know, talk to me two months from now, maybe I’ll be all gung-ho.”