No, this isn’t an April Fools spin on the Barkley Marathons, and we’re not kitten around. Cats led the way last weekend as the ultrarunning world anticipated Twitter updates from Keith Dunn (@therealkeith) about the fur-midable event. Three-time Barkley starter Gary Robbins expressed on his Instagram the “emotional roller coaster” as he watched the race from a-fur. Unfur-tunately, due to injury, it was the first time in three years that the Robbins’ family remained on the west coast instead of in Frozen Head State Park, Tennessee. Ultrarunner Linda Barton-Robbins (and wife to Robbins) helped cope with emotions through #kittykontent via Twitter. 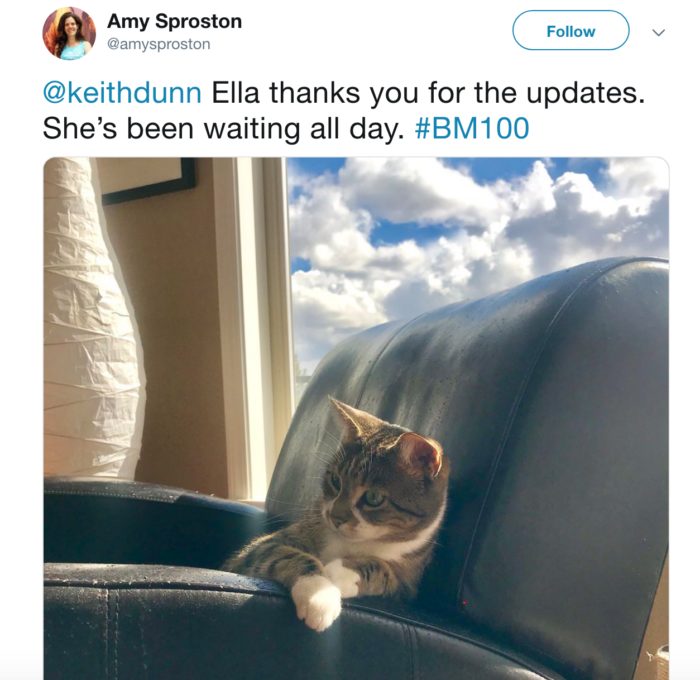 Luckily, race director Lazarus Lake (Gary Cantrell), Dunn, and Barton-Robbins are all cat people. For 60 hours, cats updated the ultrarunning world about the Barkley (Meow-ly) Marathons. Barton-Robbins explains that although “This year’s Barkley tag line was ‘It isn’t all love and puppies.’ It somehow felt right to show all the kitties.” 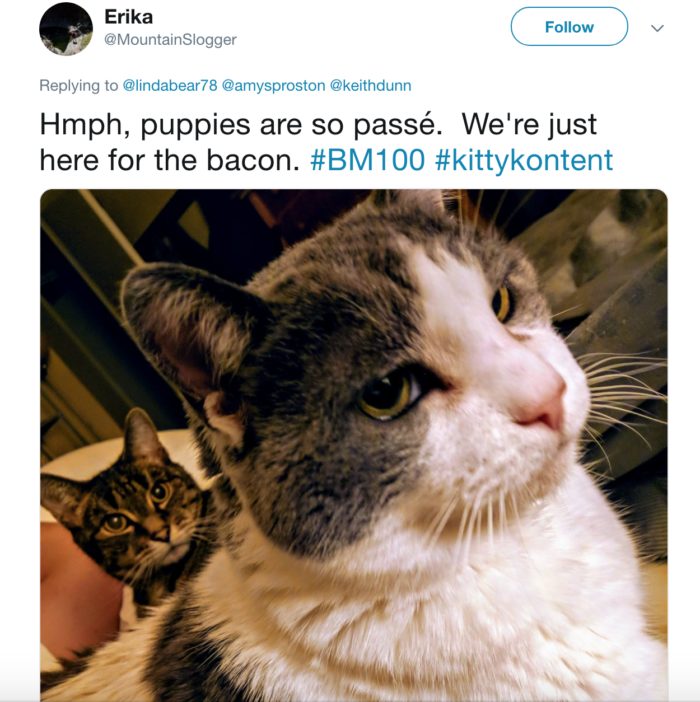 From Caturday through to Monday morning, cats across the world waited patiently for Barkley updates. The tweets thrived throughout Barkley weekend, thanks to Barton-Robbins retweeting every photo. #Barkleycats became a way for Barkley fans around the world to follow along in solidarity. Purr-haps it was also a way for those deeply connected to the event to share their felines and emotions. 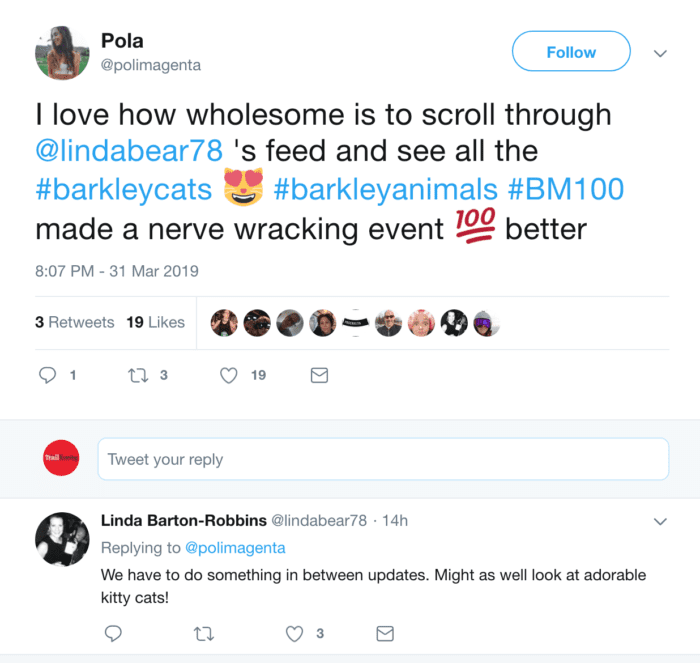 Barton-Robbins says “Twitter came together to bring some kitty joy to an otherwise anxiety-inducing event. It was just the purrfect thing to alleviate any anxiety I had about not being at Barkley this year. I said I was only there for the #kittykontent.”

RELATED: John Kelly drops out of Barkley Marathons: “I was no longer having fun” 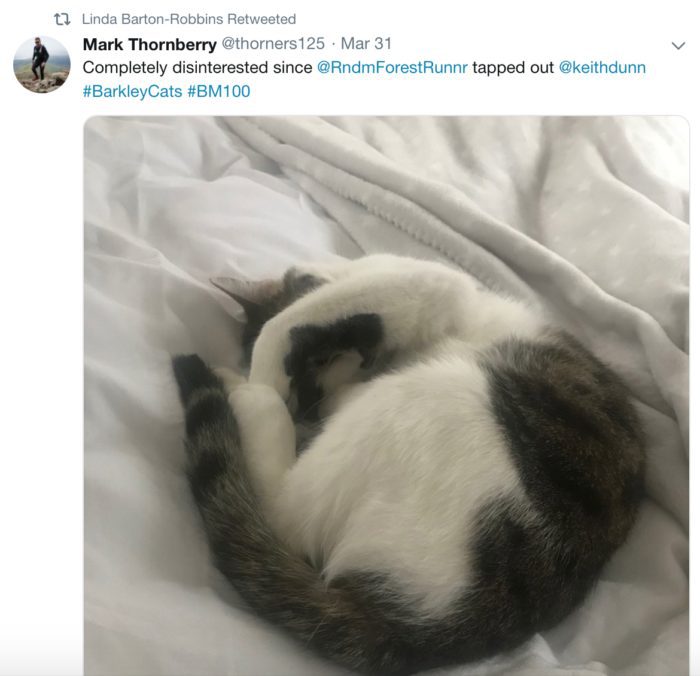 The Barkley Marathons is a great way to pro-cat-stinate on your own ultra training, work, or general life tasks. The cat-ertainment made sure no runner was productive last weekend. #Kittykontent litter-ally became a paw-sitive way for those to feel a part of the Barkley Marathons no matter where their litter box resided. 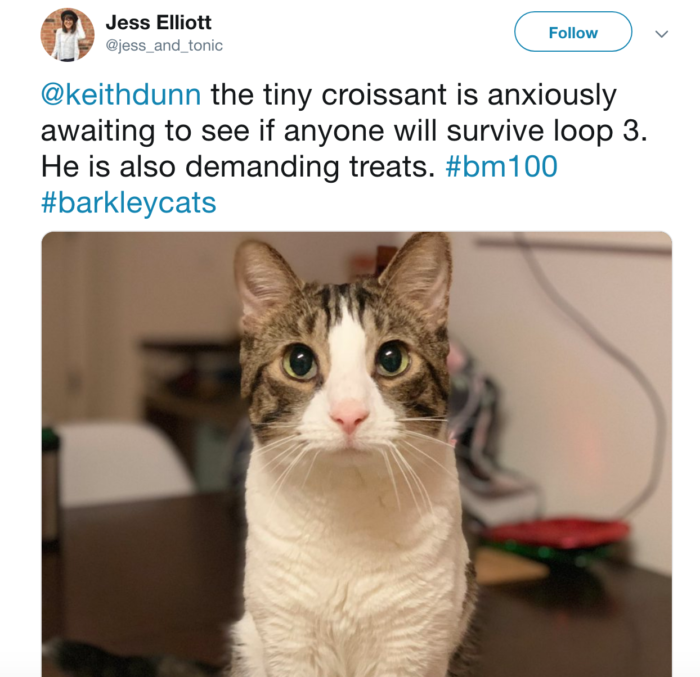 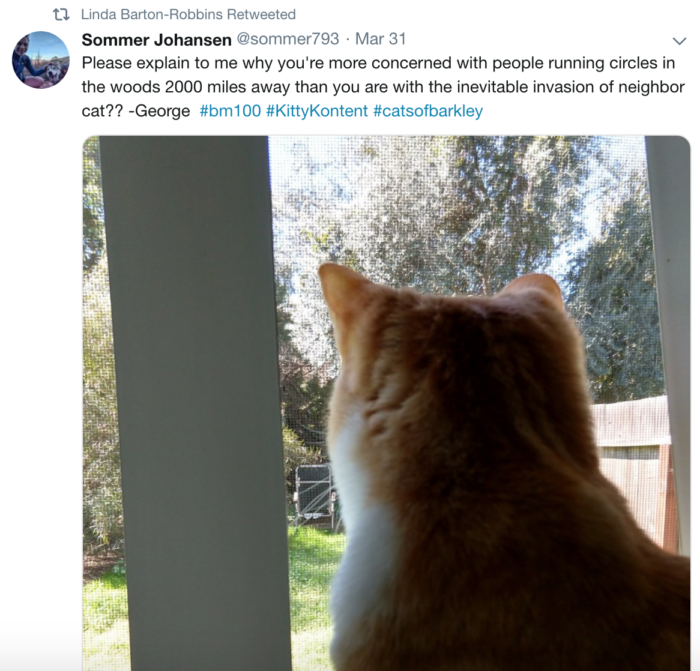 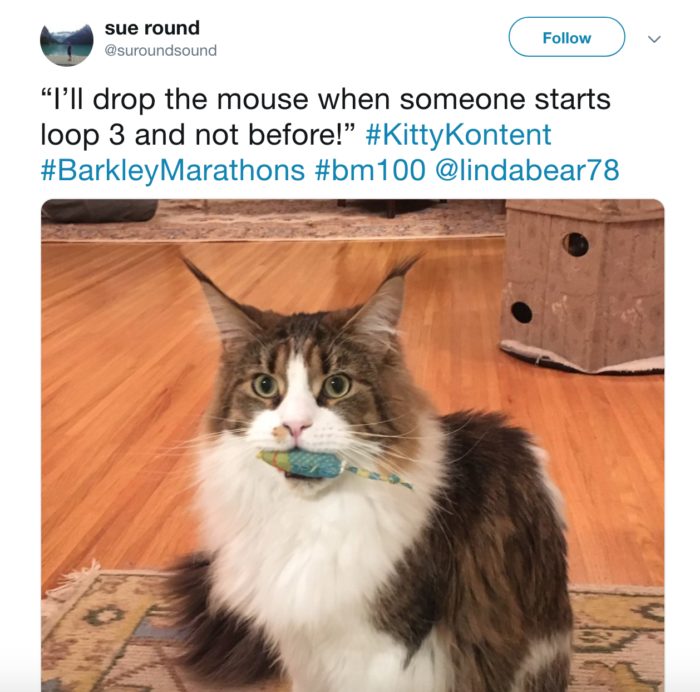 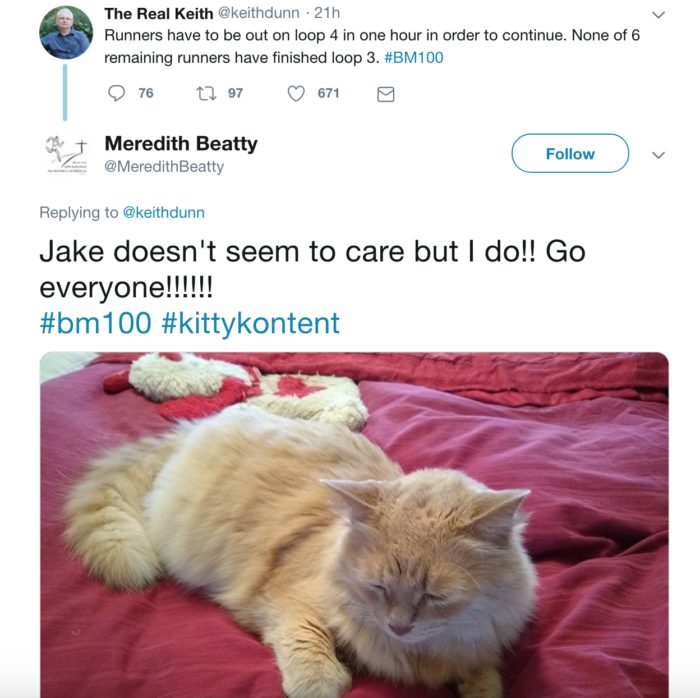 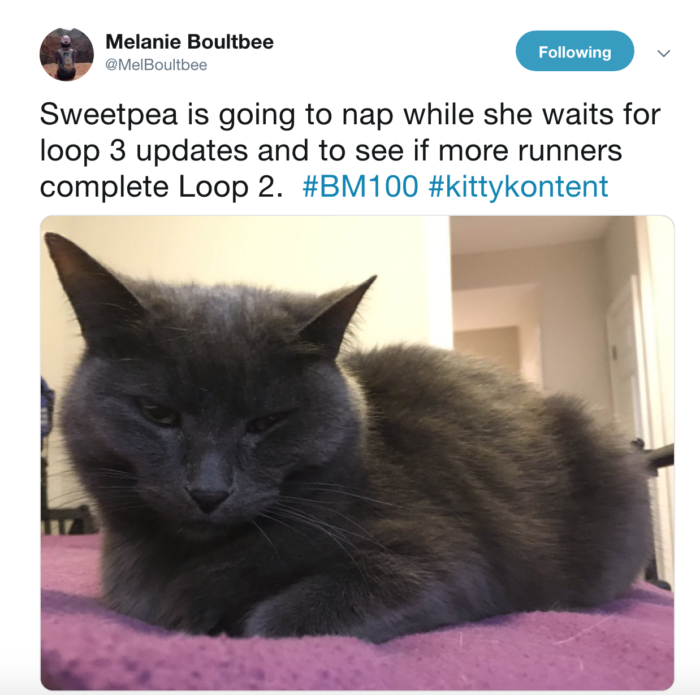 Fur meow, most of us are saying goodbye to the pawsome 2019 Barkley Marathons Twitter feeds, and looking ahead to what is next. Linda and Gary will be welcoming two kittens in the next few months. Barton-Robbins hopes “the phenomena happens every year.”

RELATED: Barkley Marathons and Frozen Head: just a jog in the park?