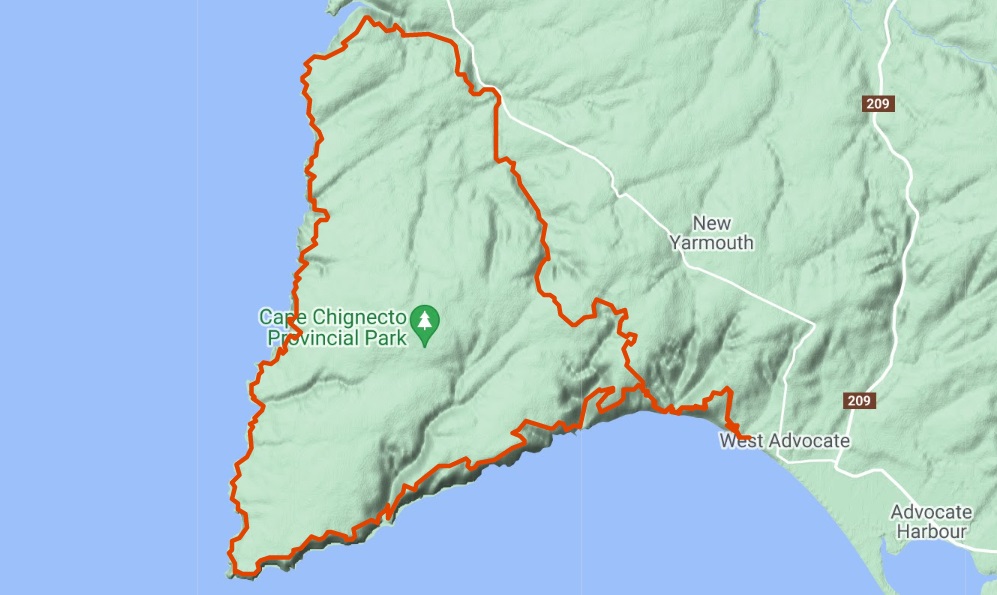 The Cape Chignecto loop is a challenging course located on the coast of Nova Scotia. It contains 2,100m of vert from start to finish and has a bit of everything, including singletrack trail, rugged shoreline and bog holes up to your knees. One section of the trail that extends from Seal Cove to Cape Chignecto is forebodingly named “the torture chamber” thanks to its frequent mudholes, slippery roots and steep climbs.

Murphy and White had set off with the goal of breaking Jodi Isenor’s Triple Chiggy FKT of 31:29:28, which he set back in 2014. When they finished the second loop in 18:18:22, breaking the previous double-loop FKT by 42 minutes, it appeared they were on track, but of course, you never know what could happen during the final loop. In their recap of the run, they described the scene as they returned to the start after the final loop, knowing they had accomplished their goal. 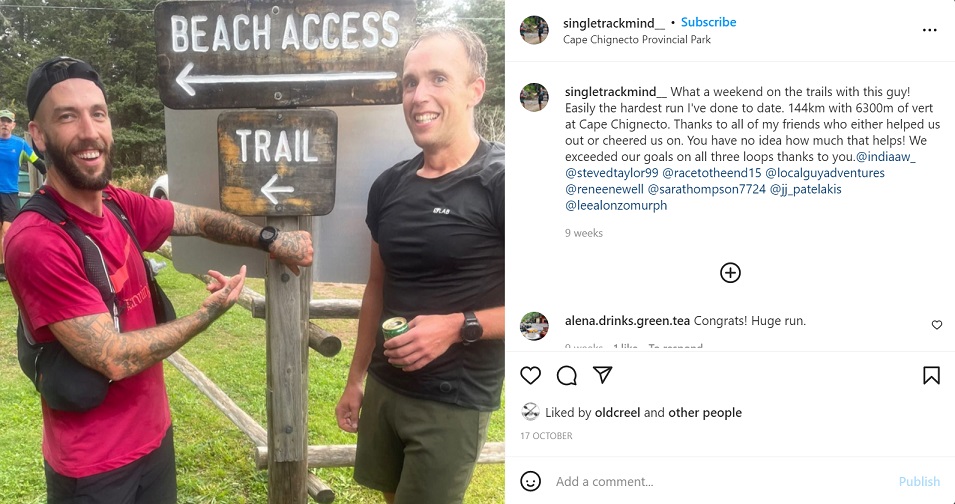 “We arrived at Christie’s field, where we could hear cheers from the parking lot,” they said. “We ran up the last section of the trail, slapping the gate together in a total time of 29:16:56.”

Both runners believe there is still plenty of room for others to take time off their FKT, and are encouraging other adventurous runners to get out there and give it a try. According to fastestknowntime.com, Isenor holds the single-loop FKT in 5:33:44.