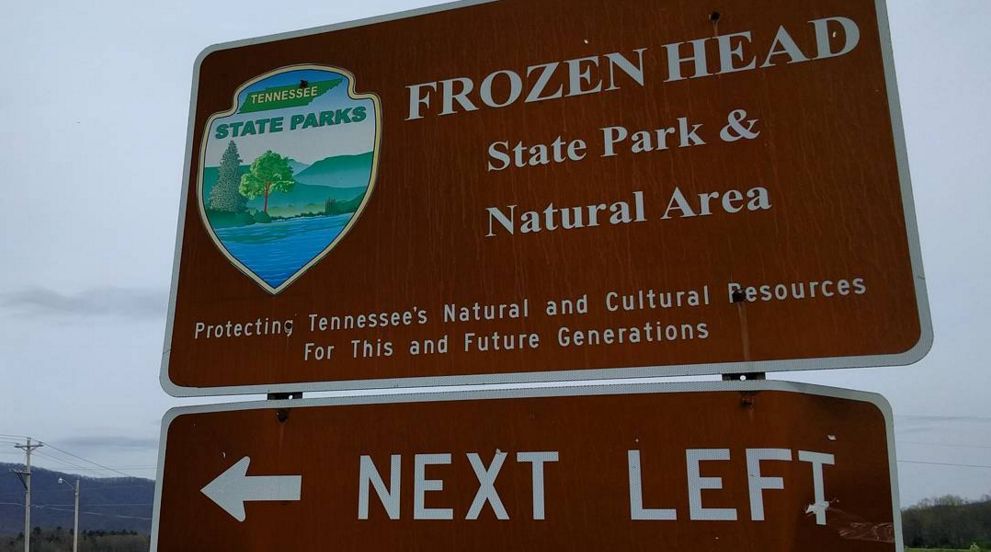 In early April, Vancouver runner Gary Robbins lay awake in his tent. He stared at the tarp walls that separated him from the Tennessee wilderness waiting for Lazarus Lake to light the tip of a cigarette to signal the start of the race.

Robbins was at the 2016 Barkley Marathons, which is actually a 100-miler and is considered one of the hardest races in the world. There are two main details that make the start of this race different from that of most others. For one, it doesn’t have a set time. Instead, runners are given a 12-hour window between 11 p.m. on Friday night and 11 a.m. Saturday morning with a one-hour advance warning. The wait-and-see element adds yet another obstacle. Secondly, there’s no gun or generic start signal. Instead, runners wait to see director Lazarus pull out a cigarette and lighter. When the cigarette starts to burn, that’s the sign that they can begin.

So on the night before the race, Robbins lay awake knowing he could get the warning at any moment. When he started to run the hardest race of his life, Robbins had only slept an hour and a half.

Since its kickoff in 1986, Barkley has a nearly 100 per cent failure rate–only 14 runners have finished. Ever.

The unmarked course meanders through the Tennessee wilderness and the route changes every time someone is successful in making it to the end. Runners prove to directors that they make it to each checkpoint by bringing back a page from a book that waits at each one–and once arriving at the points, they have to find the books which are hidden. Each of these rules sounds like the stuff of some sort of childhood game. Maybe that’s what makes it stand out. 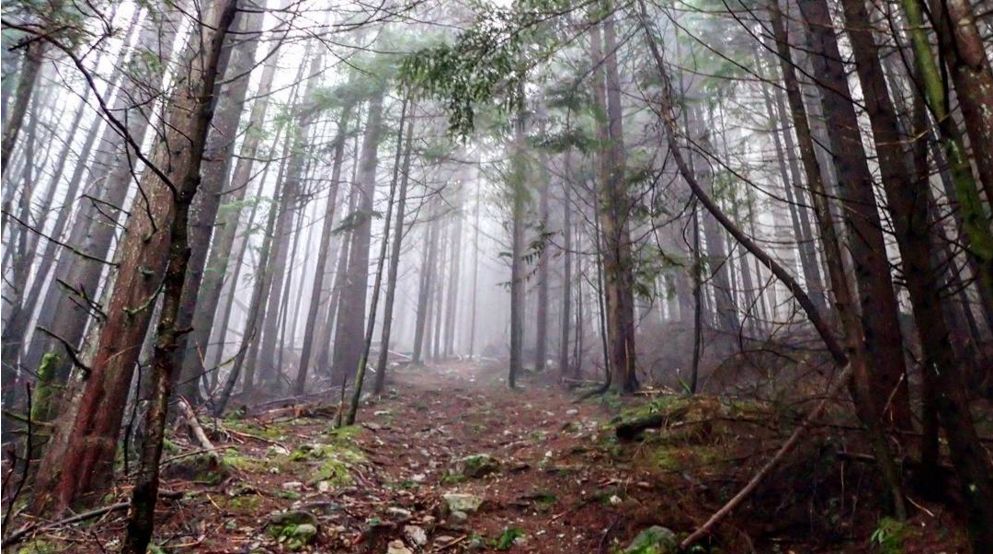 “That was way harder than what I was expecting.”

Heading into it, Robbins was quite confident that he would become the first Canadian to make it to the end. He took to Vancouver’s Grouse Mountain for his training, disappearing for hours at a time and running laps up and down the mountain in all weather. That’s not light training by any stretch and he’s a well established Canadian trail runner so that he was accepted into Barkley wouldn’t have been a shocker for anyone who knows him.

But he didn’t become the first Canadian to finish the race. He did however make it farther than any runner from Canada ever has by getting to the fifth and final lap. “Over the first week [after the race] I was struggling with the fact that I did come up short,” says Robbins adding that he was still able to appreciate that he did manage to complete something unique. He’s going to be back despite everything that happened out on the course. That’s something he confirmed just over a week after returning home.

For the first two loops of the course, runners have to go clockwise. Then, they switch it up running counterclockwise for the next two. Not many will make it to the final lap. If they do, they have to go solo.

The first loop left an impression on Robbins. He says he completed it saying “that was way harder than what I was expecting,” before continuing on. In his prep for race day, he did watch the Netflix documentary — something that many who are interested in trail races have done by now. “I just feel like the curse of the documentary is it does a terrible job of showing how difficult the race is,” he says. When he explains the course, he describes searching for the books through dense forest, up straight vertical shots 2,000-feet up. There’s no switchbacks, no trail, it’s all brush that tears the skin to ribbons and needless to say, the footing isn’t exactly easy. “You’re constantly picking yourself up,” says Robbins.

“It got to the point where anything with two holes in it looked like a face. I’m seeing faces everywhere in the forest.”

For the most part, Robbins ran with Jared Campbell. Having completed Barkley twice before this year, Campbell is basically a Barkley legend and getting to run with him would certainly be an advantage. Robbins says that Campbell is a main reason why he got as far as he did. For example, some competitors spent hours looking for the hidden books. Campbell on the other hand, would intuitively know where it was hidden since he has had this experience. “He’d say ‘umm I think Laz would put it under this rock,'” says Robbins. And there it would be.

That’s one way of understanding how tough it is. Imagine being in physical shape to be able to make it to the top of these drop-offs only to lose time in the scavenger hunt for book pages. For Robbins, the hallucinations started early. Running while sleep deprived, he started to lose sense of who he was running with even though he and Campbell had been together the whole time. “We couldn’t remember who we were with at the moment,” he explains. There he was running alongside another runner and while he knew it was a friend, he could not figure out who it was.

So it’s not surprising that by the fifth lap– the one where runners are required to go solo– things really started to fall apart for Robbins. The hallucinations were getting worse. Running along the course in the forest, Robbins started to see mysterious numbers starting to appear on tree trunks. The sound of a babbling creek sounded exactly like a voices of a group of campers and he instantly started looking to spot a crowd that wasn’t actually there. Eventually all sounds of water flowing took on the sounds of human voices talking. Then, leafy trees took on the appearance of faces watching him. “It got to the point where anything with two holes in it looked like a face,” says Robbins. “I’m seeing faces everywhere in the forest.” He continued, pushing on past the numbered trees and tuning out the voices. Actually, he says he was partially amused by the way reality was becoming so blurred. “I was aware of the fact that I was hallucinating,” he says. “I knew how long I’d been awake for. I could rationalize the whole thing. For a bit it was entertaining.”

But then Robbins got lost.

He hadn’t slept for nearly 90 hours at this point and while he had come so far, in his sleep deprived state, he panicked and made a wrong turn. It resulted in him aimlessly making loops in the forest for two-and-a-half hours as he tried to get back on track. But he couldn’t recognize anything on the terrain (not that the hallucinations would have helped). “As I was getting to the two-hour mark, I knew the race was over. It was a downward spiral mentally and emotionally,” says Robbins. 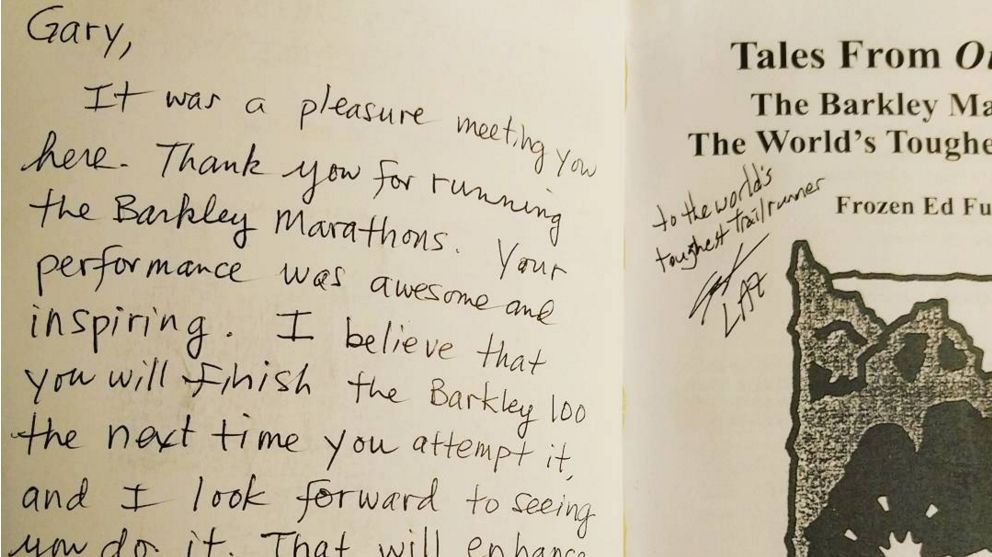 Because of the time spent lost, he didn’t finish. A Canadian has yet to complete an edition of the Barkley Marathons. Anyone from Canada who runs it going forward has Robbins’ mark to beat though. Likely, he’s still got the best shot at being the first in the nation to finish it. His attempt left him with a swollen foot for three days and with low energy as he recovered. Two weeks after, he was able to get out for 30-minute runs. One advantage is that ultra races now look easy. “I’ll never even look at a 100-miler the same again,” he says.

Next on the schedule is the Broken Arrow SkyRace in Squaw Valley, Calif. on June 18. And of course, there will be another attempt at Barkley — he’s sure of it. And Laz thinks he’s going to make it. Since the course gets harder every time someone completes it, Robbins thinks it’s only a matter of time before it gets to difficult for Campbell and so he wants to make it to the end before that happens.

“It’s the ultimate physical and mental challenge,” he says. “I know I have the ability to add myself to that finish list.”