Lululemon’s store has been standing at West 4th Avenue in Vancouver’s Kitsilano neighbourhood for nearly 20 years but these days, it’s looking rather youthful. The shop, which was the first of the brand’s to open its doors, stands on the corner today looking clean and polished and fully-stocked with the latest active-wear designs. This space which happens to be the birth place of the brand (Lululemon started in 1998) has just received a new update and re-opened this month. And like the athletic brand, this shop has grown.

To Canadians, the brand first became known to devote yogis but in the nearly two decades since it launched, it has expanded to include apparel for all physical endeavours whether you’re in need of a top for strength workouts or, importantly, sports bras and split shorts for running. Basically, if you like to sweat, they’ll outfit you for the workout activity of your choice. When this particular location opened in 1998, the founders waited for fit Vancouverites to waltz in and scour the racks, sizing up the designs for the first time. Now, most Canadians in any fitness community know the name and it has been popping up abroad opening up shops in the U.S., Australia, Ireland and China— just to name a few. Twenty years ago, it started as a blip on Vancouverite’s radars. Now it’s internationally known.

RELATED: A look inside the crazy line-ups at the 2017 SeaWheeze store 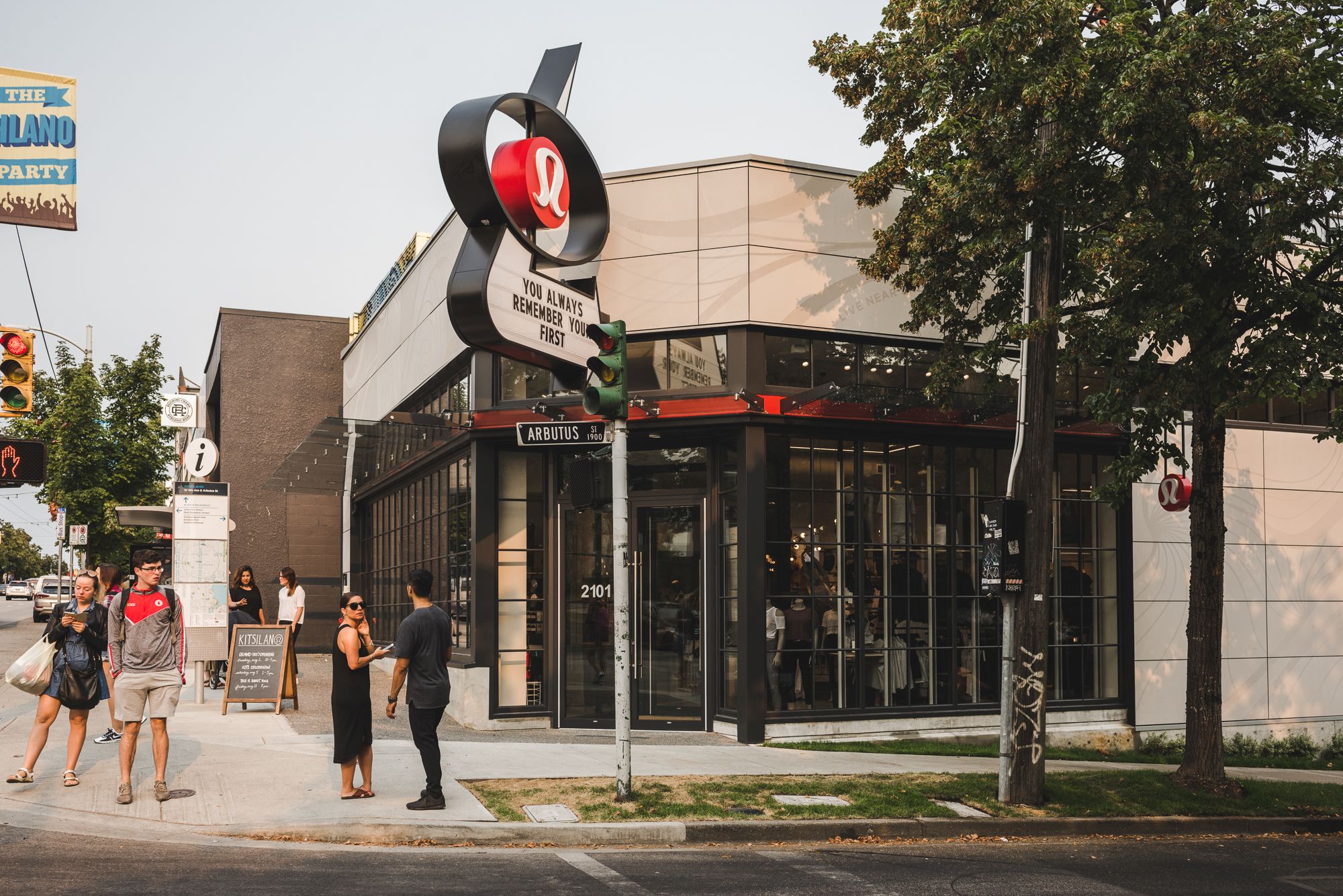 That’s exactly why taking a walk through the original Lululemon on West 4th Avenue has such value. This was Chip Wilson’s brainchild back in the 1990’s. Today it’s a Canadian success story as the Vancouver-born apparel is competitive with some of the biggest names in the industry. So how does the original location honour these beginnings?

RELATED: The best signs of the SeaWheeze Half-Marathon

True to the styles of Lululemon’s other stores across Canada, the accents are subtle but hold meaning. Many of the details are a nod to both the brand’s and the location’s past. 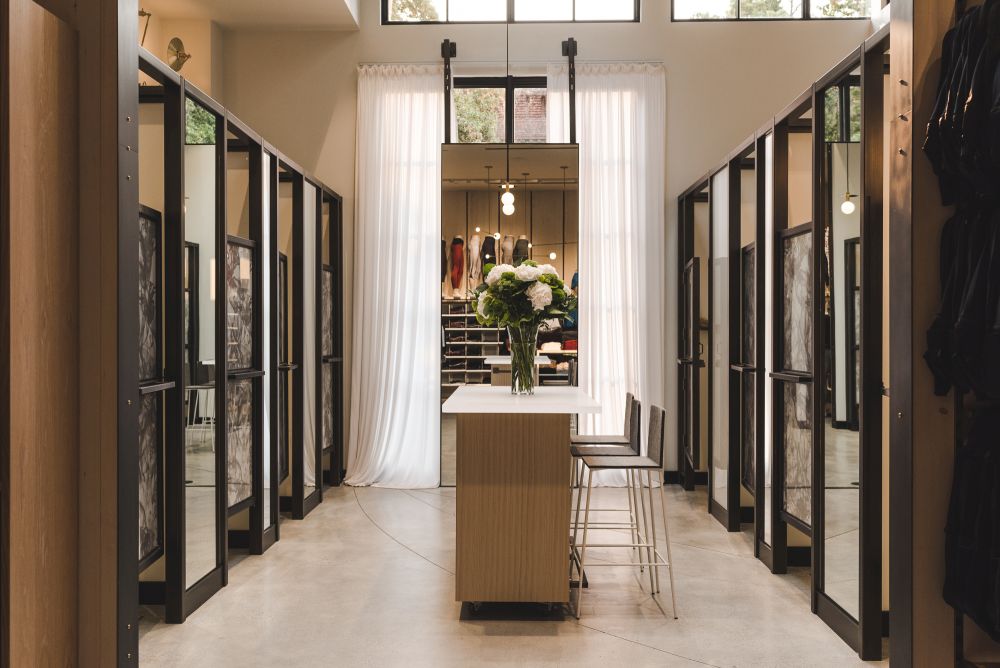 These clues are visible before even walking through the front doors. The space into which the original Kitsilano has expanded used to be a Midas and the sign at the entrance still reads “You always remember your first,” as it did when the former business stood there. Before stepping inside, if a shopper glances down at the ground, a little copper plate reads: “Look up! Since 1971.” The revamped store is open on West 4th Avenue now and the makeover is so fresh that it’s still catching people’s eyes as they’re not used to it yet. Sitting in a city bus that drives down the strip, for example, the update grabs the attention of a couple Vancouverite’s who cranes their necks to see it.

Inside, the season’s latest apparel hangs. Windows on the building’s south wall are reclaimed from an old school in the neighbourhood and the print on the floor mimics the design on the exterior. Men’s wear occupies the area of the original store and it’s in there where the brand’s beginnings are especially visible: the floors are the same as before and the cabinets by the wall were also taken from Lululemon’s first office. (It looks like you weren’t the only one going sticker-crazy right before the new millennium.) If you need a sign that this is a spot to chillax, how about spotting a kombucha and beer tap there for community events? Behind that is a map of the city’s famous SeaWall and a sign reading “Yoga, Run, Party.” (The message always changes.) The breezy open doors and communal table resembles those in other Lululemon stores across the country. 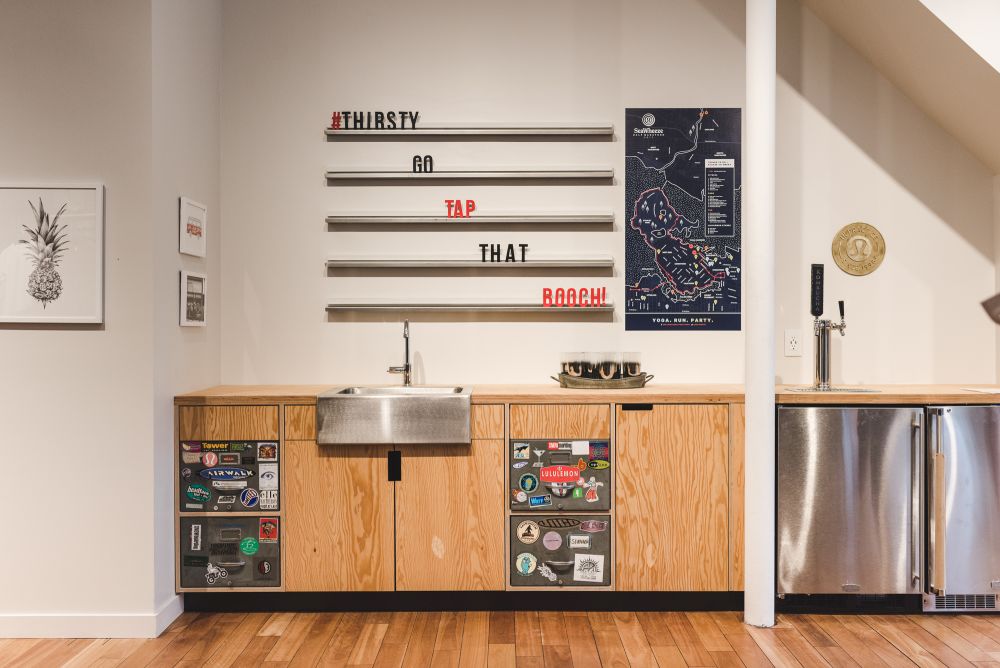 Really, the most brag-worthy part about the update to the original West 4th store is the rooftop patio whose views feature mountains on one side and a cycling studio and the West 4th strip on the other. (It really is true that this is an active city.)

While all this décor is still fresh, the brand throws it’s first bash. It’s a party including athletes and brand ambassadors, yoga and running fanatics, apparel designers, those who have worked for Lululemon and seen the brand grow through the years, media and of course, CEO Laurent Potdevin. 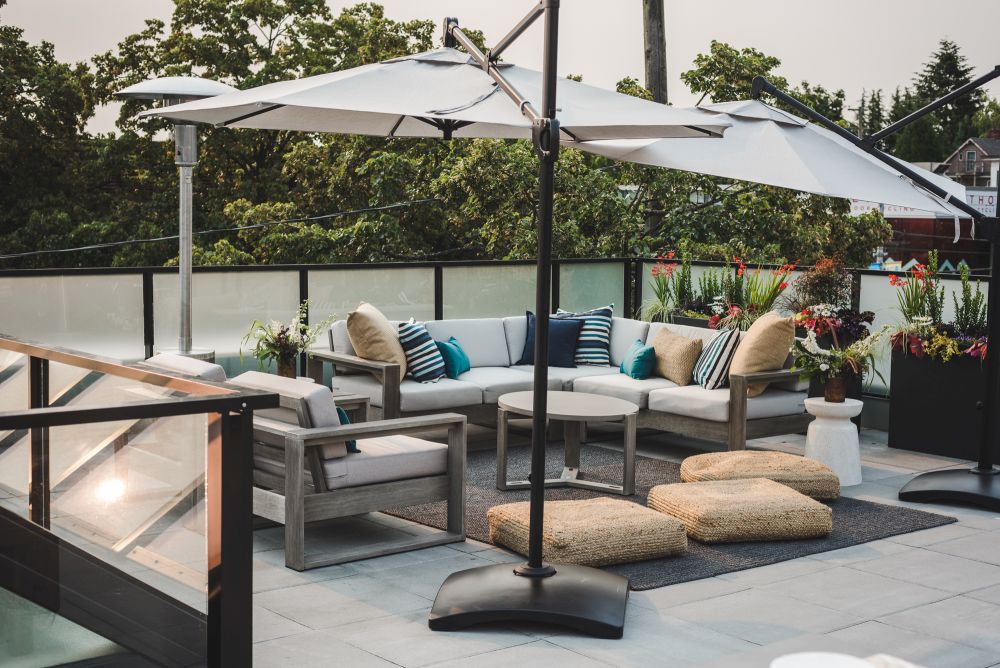 True to the mannerisms of someone who lives in Vancouver (though he’s European and was born in Switzerland), Potdevin is laid-back. He’s friendly and puts out a buoyant energy which instantly settles anyone intimated by the fact that he’s the man at the helm of this fitness-wear powerhouse. As guests mingle through the crowd, Potdevin is chatting away about various topics: favourite physical pursuits (he’s a big fan of cycling and allegedly can get a little competitive in the yoga studio), the SeaWheeze Half-Marathon (yes, he has run it before) and his 15-year-old daughter. When the latter comes up in conversation, he smiles wide and explains how she loves to play volleyball and that he’s always in the crowd watching her tournaments. Being the parent of an active teen has great gains for his work life too. For example, Potdevin mentions that she was a big fan of newly-launched Enlite Bra and other recent designs. When she gives feedback, he knows it’s honest.

In the nearly twenty years since this space first housed Lululemon’s early designs, Canadians who keep tabs on the industry have seen this brand take hold internationally. How far these creations will reach, we have yet to see. For now, we keep sweating and running strong. Here’s to another twenty years of this West Fourth active-wear shop.